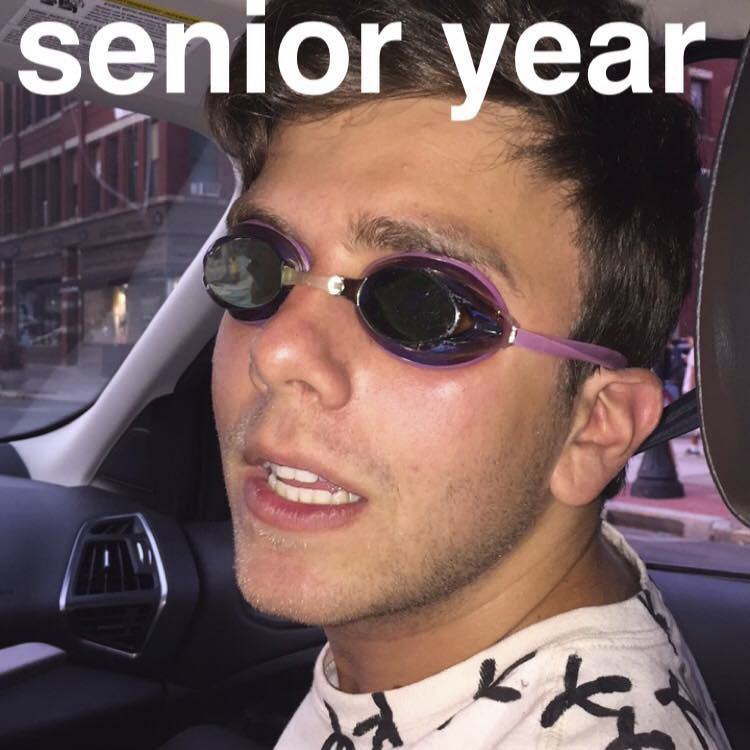 Perhaps for the first time in WesCeleb history, a Wesleyan alum has been selected as a WesCeleb.

We let it happen. That was our first mistake.

The Wesleyan Argus: You graduated last year, but you were our final WesCeleb nomination and we still really wanted to get to you.

MF: Umm … I don’t know. Freshman year I actually got a bid for every fraternity; Eclectic, Alpha Delt … all of them. And I think that reputation kind of stuck. I ended up joining none of them, so that was sort of my freshman year rep.

A: Why didn’t you join any of them?

MF: It just wasn’t for me. I was pretty focused on getting into the comp sci major, so that was where my focus was at … in Exley.

A: So what was your “thing” at Wesleyan if it wasn’t Greek life?

MF: I never really fell in love with anything academically, but probably intramural basketball. That was the thing I enjoyed the most and where most of my friends are from. I know that’s not the most exciting answer.

A: Were you on the same team every year?

A: So, you were involved in Psi U right?

MF: Yeah, I was sort of an advisor there. I was never actually a member.

A: How do you think it has evolved over the years?

MF: I think it has definitely been a change that’s been for the better. I like the whole co-education thing they have going and I like the people there. I like what they’re doing. They have good people involved. Sam Harris, who is the president now, is very environmentally conscious, so I think that’s positive, because they’re doing a lot to make the building [Psi U’s residence] more sustainable. The whole landscape around Greek Life changed a lot since my freshman year.

A: Speaking of freshman year, how do you think you have changed since then?

MF: Umm I think I’ve really … I don’t know. I think I peaked freshman year. It was definitely the most fun I had at Wesleyan. It’s more fun to be like a younger person that older people know than being an older person. I don’t think I was very good at being an older person. I had way more fun as a freshman. I was in better shape physically, I could get around campus a lot swifter. By senior year I would get chest pains going down Foss, I really let myself go. And no stigma if that’s you, you should let yourself go if you want to. I really didn’t have it together by senior year. I really fucked up a lot. So .…

A:  So, what have you been up to since graduating?

MF: I actually work at a podiatrist’s office, which is a foot doctor, in Calabasas, deep in the valley in Los Angeles.

A: Where the Kardashians live, right?

MF: Yes it is. So, the guy I work for is sort of a celebrity foot doctor. I really just fell into this. I went into the [Gordon Career Center] and was like I really have no sense of what I want to do and they linked me up with this great guy. So, that’s what I’m doing for now … pretty exciting. I live with the parents of a current senior, Ben Velaise ’18, and he is graciously letting me stay in his little brother Theo’s room. So that’s a Wesleyan connection; they’re housing me.

A: Have you met any celebrities at the celebrity foot doctor?

MF: I actually had to sign a nondisclosure agreement, so the answer is yes, quite a few, you’d be surprised how many of your favorite celebrities see a foot doctor pretty regularly. There’s a lot of basketball players up here, but yeah I’ve probably said too much already. I’m not allowed to expose any of our clients, which is like goofy as fuck. Signing the form I was like, “Are you serious?”, and they were like, “Absolutely.”

A:  Wow, that adds to the mystery of it. So, did you have any enemies when you were at Wes?

MF: Any enemies? Wow, WesCeleb interviews have changed since I read them!

A: Yes, well one of our esteemed former editors liked to ask that question.

MF: Can I like name names? Am I about to start some shit in The Argus right now?

MF: I love that, that’s great. Oh man, I’m trying to pick, there’s such a Rolodex. I have a list on my computer; I’m just not looking at it right now. Wow, that is a crazy question. Aw man, I want to give you a real answer, but I would just say that those people know who they are and when I’m Drake’s foot doctor I’m going to call them and be like, “Fuck you I did it. You guys never thought I could do it.” But yeah … fuck you Max Gillespie ’18. There it is. If that’s not in there I’ll be pissed.

A: Okay well, we’ll run that by some people.

A: So, do you have any regrets about your time at Wesleyan?

MF: Yes! Work at fucking Espwesso, everyone should do that. It’s legitimately one of the more bankable skills you can pick up at Wesleyan, learning how to be a good barista. Like 80 percent of the time when I see people in LA and I’m like wow this person is super attractive; they are baristas. And they have cool tattoos and are kind of dirty, but are dirty with expensive stuff. And they’re like covered in Namibian coffee grounds and they smell bad, but in a way that’s kind of good. That’s what I’m trying to do honestly. Now I’m just stuck working for this foot doctor.

A: One more question: do you have any words of parting wisdom?

MF: Uhh … I don’t know. Be patient with people at Wesleyan when you can. I feel like people can stand to hear each other out more sometimes because the real world is so much shittier. The thing I miss most is like even when I disagreed with people at Wesleyan, just having the baseline understanding that everyone was really smart and could debate you on whatever the issue was. That is not the case in Calabasas. That’s it. That’s the only wisdom I feel like I can offer at this point. But I would love to do an op-ed about being a foot doctor halfway through the year.

Editor’s Note: The Argus cannot confirm any of Mr. Freidlich’s claims to be true. In fact, many of them are probably false.