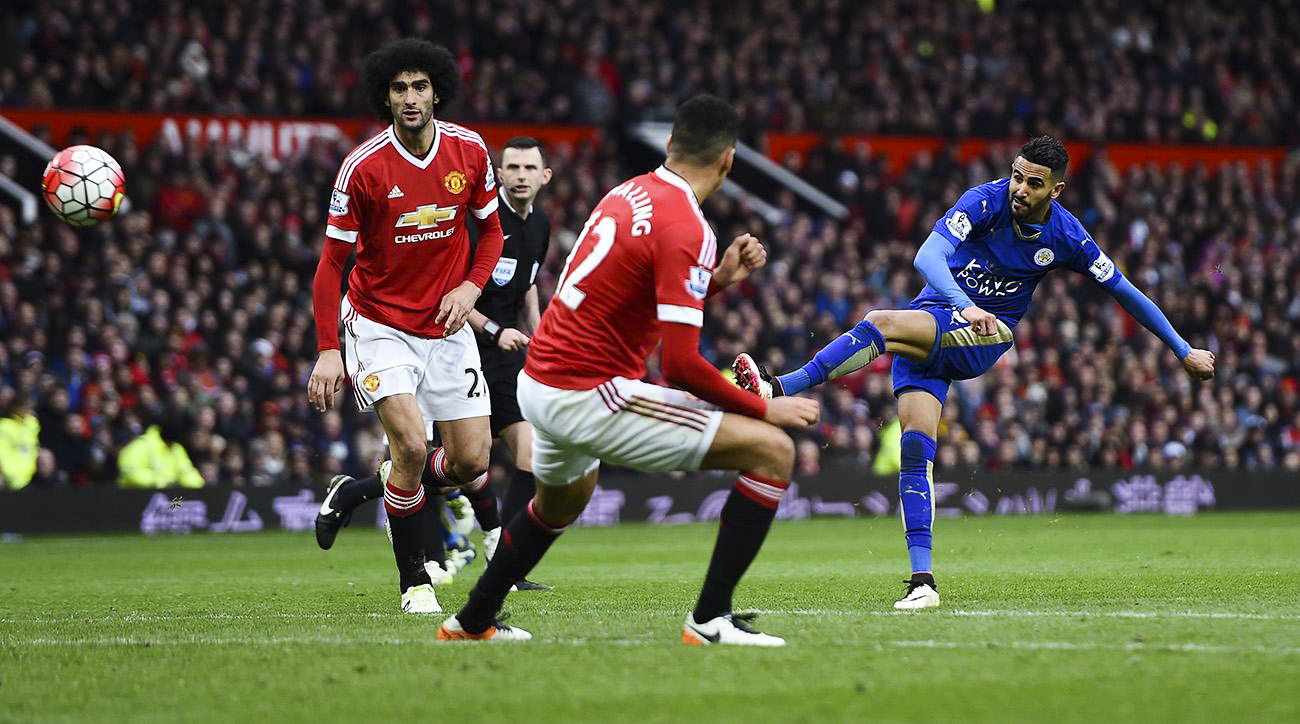 Recap Leicester City’s first two rounds statistically and you’ll know that they can pose a threat to every team in the league. The Foxes fell in the final minutes to Arsenal on opening day before blasting Brighton, the visiting team, in the second round, scoring five goals in two games. The valiant defensive display put on by Harry Maguire and Wes Morgan was reminiscent of those during the Premier League-winning campaign two seasons ago.

With that in mind, Manchester United manager José Mourinho made a few changes to his lineup. First, he required the two full backs to stay back with the defensive line to close down Riyad Mahrez and Marc Albrighton. Second, he made Nemanja Matic play deeper to entice the Foxes to come toward their goal. These instructions, in theory, are going to be stretching play and giving midfielder Paul Pogba greater space for some neat interplay with forwards.

However, things didn’t work out very well. After the kickoff, the French midfielder soon found out that he had to unlock two highly organized lines of defense in order to link up play in the attacking third. The second line was Matty James and Wilfred Ndidi, and before them there was Shinji Okazaki, who pulled out all the stops to man-mark Pogba and close him down.

Hold on for a second, isn’t the Japan international a forward?

Just like the wise Bard, Leicester manager Craig Shakespeare has surprised us once again. He knew that the way to slow down a fast break has almost nothing to do with winning the ball; all you need is to buy some time until more of your players come back. Okazaki did a brilliant job with his temporal purchases, and that was enough to shut down United’s fast, counter-attacking plays.

Again and again, Leicester struggled to get the ball but remained steady as their opponents were forced to the sidelines. Consequently, crossing the ball using overlapping fullbacks became almost the only viable option, which in turn offered opportunities for quick counter-attacks.

Let’s face it: it’s imperative that wing backs are quick, strong, hard-working, skilled ball handlers blessed with high stamina. But Valencia is in his thirties and the versatile Blind really has less to offer. To attack, or not to attack: that is the question.

So that was the first hour of the match: shots from distance and crossings from all over kept peppering the Foxes goal, resulting in nothing but sighs from the crowd. Fortunately, chaos creates opportunity. Leicester’s Simpson appeared to touch the ball with his hands from Martial’s cross in the 52nd minute, giving away a controversial penalty.

As time ran out, the Red Devils began to find themselves in the same situation as they were in the last game: the home side dominated possession, but a lack of invention prevented them from breaking the game open. The threats from the wings were all comfortably dealt with by the Foxes’ defensive giants.

Forgive me as I say something vaguely off-topic. When I was a kid I watched a lot of Transformers and the anime Saint Seiya. And I used to wonder why, instead of beating up the protagonists when they transformed, the bad guys always wait and wait until they are ready for combat. That really bothered me every time.

In the end, it turned out that it was a football manager who made my childhood dream come true, and, yes, it was Mourinho.

Let’s take a look at what United’s last two games have in common. In their first game, the Hammers made two changes at the 60-minute mark to strengthen the attack, and Mourinho responded by putting in tall, quick players Marouane Fellaini and Anthony Martial, who completed the rout with a brilliant finish and a solid assist. In their second game, Swansea City put in two wingers at the 67-minute mark to seek an equalizer, and again Mourinho’s response was to put in Fellaini and Martial, who together helped their team quadruple the lead.

So when the Foxes transformed at the 60-minute mark by taking off Albrighton and Okazaki, the Special One certainly knew what to do: Marcus Rashford on, Juan Mata off.

Three minutes later, an out-swinging corner kick from United midfielder Henrikh Mkhitaryan bypassed everyone at the near post and was half volleyed into the net by Rashford. United finally took the lead. Another substitute in Fellaini doubled the lead in the 74th minute after Leicester defender Simpson missed a superb run from winger Jesse Lingard, who also came on as a substitute. The ball was diverted home by the knee of the Belgian, helping United secure their third win in a row.

All in all, the Red Devils certainly have a simple yet effective strategy: if their opponent wants to hold on for a draw, they’ll remain patient and keep up the pressure; but if the other side longs for three points and starts ‘removing the bus,’ they’ll put on big bodies and speedsters to kill the game off.

Well, by now Martial and Rashford must be more than willing to stay on the bench for the next game.

For the middle-class teams, there’s a big choice to make when in the clash against United: if they park the bus, it’ll be one point at most; but if they try to attack, holes will surely begin to appear in their watertight defense. As for United, their problem is that all their forwards had decent looks on goal, but none were able to convert. They need someone like Zlatan Ibrahimović to lead the team when their opponent is satisfied to sit back.

Does a return to glory seems possible for the 20-time title winners? It’s still too soon to say.

Henry Yang can be reached at hyang01@wesleyan.edu.