Athletics for the Casual Sportsperson: Club and Intramural Sports 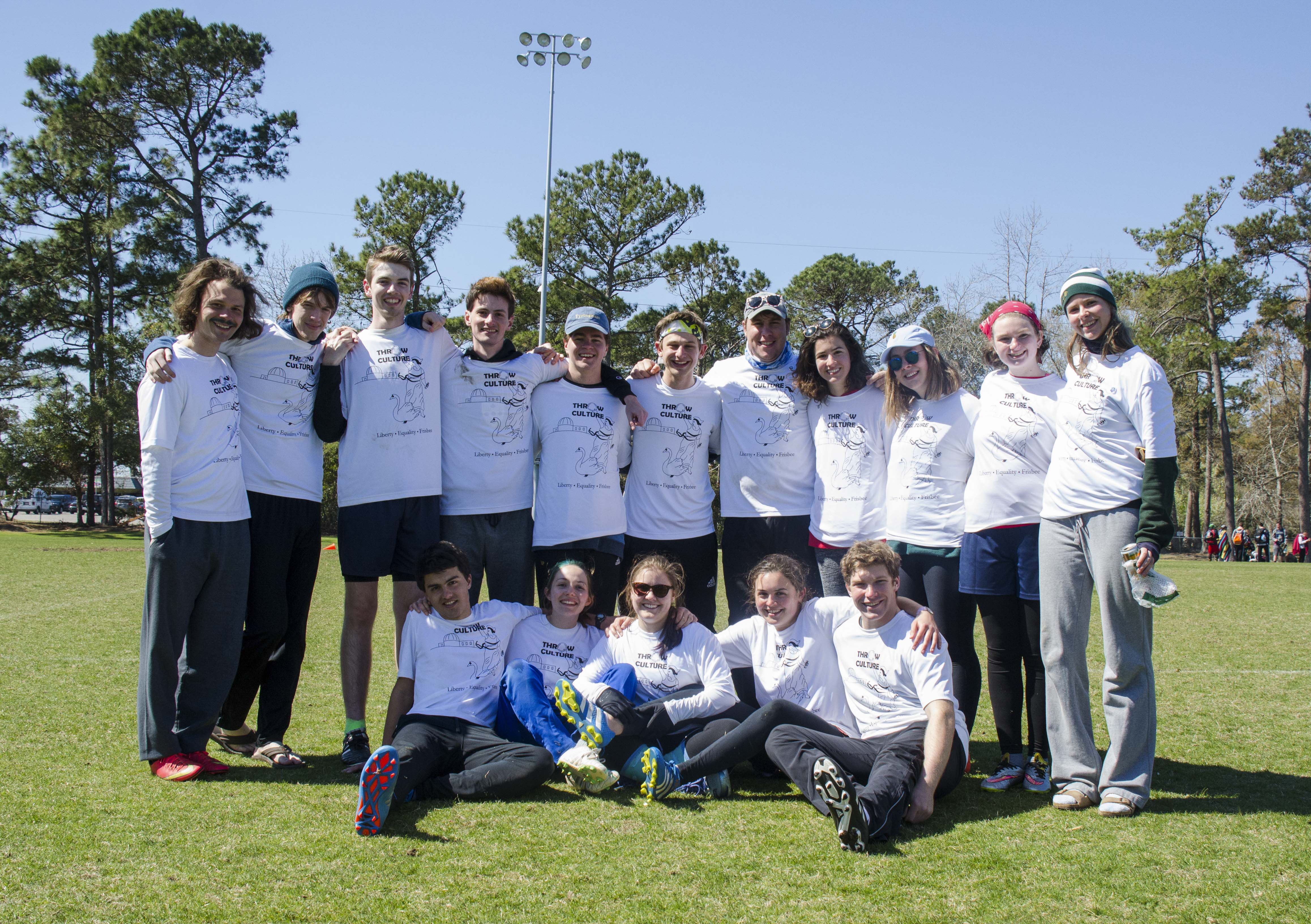 So you played a varsity sport in high school. Maybe you even played on a travel team, or maybe just with friends and family on the weekends. You love to play, but it’s not as much of a priority. Now you’re at school, hopelessly wondering where you can get your next competitive rush. What’s a person to do?

Your best option is to join a club or intramural sport.

Club and intramural sports are less time-consuming, but can still serve as competitive alternatives to varsity sports. Depending on which level and team you join, practice schedules can vary from one to four times a week; competitions are more likely to be once or twice a month.

Club sports often offer a higher level of competitive play, suitable for players with more experience in the sport. Club sports compete with other schools in the nation, while intramural teams compete against other Wesleyan students. While the school offers many club sports that also have varsity teams, there’s also a wider range of sports to try. From water polo to fencing, the school has plenty of opportunities to play outside the box.

I played varsity tennis my entire high school career and decided to check out and join club tennis when I first came to Wesleyan. After participating in the tryout practice, I found that the team ran in a relatively relaxed and flexible manner. Instead of many mandated practices, team members were encouraged to go out and hit a few times a week in smaller groups. The entire team met up on Friday afternoons to play and discuss future matches. Although we’re just a Division III school, we went up against club teams from all over the Northeast, including those from Yale University, Dartmouth College, Harvard University, and the University of Connecticut.

“I joined club tennis because I wanted to have fun and compete without the pressure and commitment of varsity tennis,” said Bryson Lee ’18, co-captain of the team. “I love the close-knit community and the matches.”

“My favorite thing about the team is the players and the friendly environment,” McCann said.

The comfortable, flexible atmosphere isn’t specific to club tennis. Emilio Weber ’20, member of Nietzsch Factor, the men’s ultimate frisbee team, is a fan of the laid-back but still competitive aspect of club sports.

“I joined ultimate because I have been playing since I could hold a disc, basically,” Weber said. “I love the community of the team. We end up spending a lot of time together, so all of the players on the team become very close. It is a welcoming team, so students of all years feel very welcome and like they’re part of the family.”

His ultimate [frisbee] team practices are three to four times a week in the fall and spring seasons. The team also travels about once a month to go to a tournament, playing anywhere from New Haven to the bottom of New Jersey.

“It’s a lot of fun,” Weber said.“If you’re interested in playing on a competitive sports team but one that has a more relaxed attitude than varsity sports, I encourage you to come.”

As on most liberal arts campuses, ultimate frisbee is a popular sport. The teams often practice near Foss, so make sure to watch your head.

As it happens, soccer balls can also typically be found in the same area. A co-ed team, club soccer runs three practices a week almost year round, often moving indoors when the weather turns for the worse.

“I joined club soccer because it’s my favorite sport and I love playing,” said Mubarak Sanni ’20. “My favorite thing about the team is that anyone is welcome. It can get competitive and that’s what I was looking for when I came to college. Soccer is my wife, my lover, and the only one that never lets me down.”

Overall, Wesleyan recognizes thirteen club sports. If there’s no sport you’re really digging and you have an idea for another one, you can always apply to establish a team. All club teams at the University are run by students, though an official application to the Athletic Director and Club Sports Coordinator is needed to obtain official recognition. Once you’ve applied and have been approved, team captains meet with the club sports coordinator at the beginning of the semester. But what about money for those really sick uniforms? The Wesleyan Student Assembly (WSA) is your best friend. The WSA also must recognize the team to provide funds, but once you’re all clear, they provide monetary and online support to established teams.

Not a super awesome ex-varsity athlete and want to try an entirely new sport with some Wes friends? Your best bet is to participate in an intramural sport. Wesleyan offers five intramural leagues over the course of the year: soccer, basketball, dodgeball, softball, and indoor soccer. Each sport has at least one league where teams compete for the ultimate goal: the Dorm Cup. Originating in 2005, the Dorm Cup is a fierce competition between residence halls in the Wesleyan community.

If you really don’t want to even play, there are still opportunities, and there’s money involved. Intramural teams look for commissioners of sports who set up equipment, check in officials, officiate if needed, and serve as the on-site supervisor. They also need referees, who are just required to come to Sunday games.

On whatever level, there are tons of ways to get out there and play like a true Dirty Bird.