Gone but Not Forgotten: A MoCon Retrospective 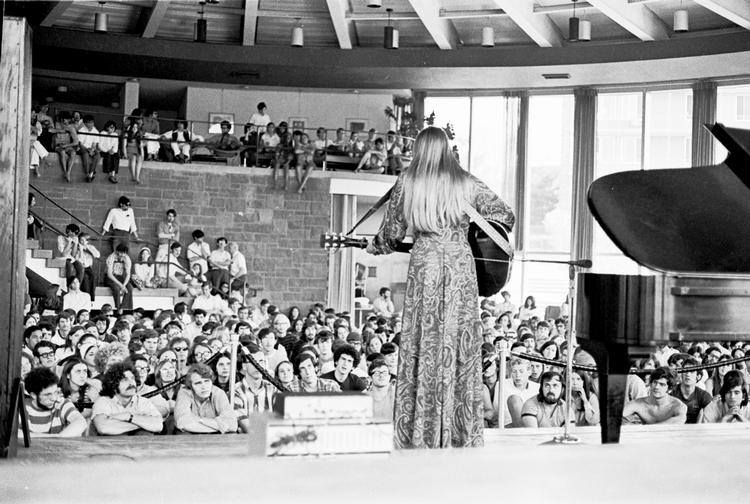 Imagine a giant gleaming flying saucer perched on top of Foss Hill, overlooking Vine Street and the tennis courts. Scores of students enjoyed meals and even live music behind circular ceiling to floor tinted windows. A rumble of palms slapping against plastic tables would cue “announcements,” a horizontal communal communication method now foreign to any current student who hasn’t been to WestCo guidance. Joni Mitchell, Steppenwolf, and Miles Davis all played live shows in front of packed crowds. Gloria Steinem and Martin Luther King Jr. spoke there amid cultural tumult.

For current students, this may sound like Wesleyan fan fiction or a tale told from a parallel universe by a soothsayer on Zonker Harris Day. But for alumni, this is the latest in a long line of nostalgic tributes to what was perhaps the most beloved building on campus, a building that no longer exists—except in their hearts—after it was demolished in 2010.

The innovative saucer-like structure, McConaughey Hall (lovingly known as MoCon) was simply called “The Freshman Dining Hall” upon its opening in 1962. According to The Argus at the time, the building was mainly purposed to reduce student dependence upon fraternity eating clubs and Downey House, which served food at the time before becoming a primarily academic building. MoCon was also the product of a booming period of construction at the University, chronicled in depth by David Potts in his latest book “Wesleyan University, 1910-1970: Academic Ambition and Middle Class America.” MoCon was the pinnacle of modernist architecture on campus, designed by a powerhouse combination of architects from Warner, Burns, Toan, & Lander and Brown, Lawford, & Forbes, some of whom had also designed the Foss Hill dorms, now known as Hewitt, Nicolson (The Nics), and West College (WestCo).

Potts wrote perhaps the best technical description of the building. 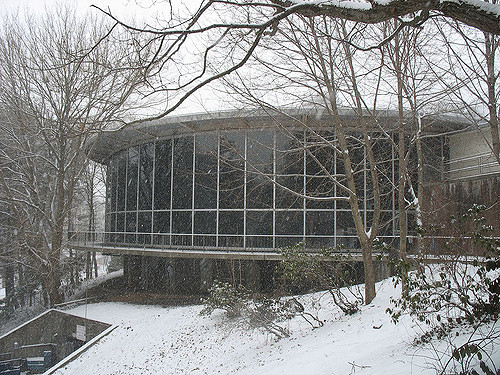 While not everyone adored the building, MoCon inspired a loyalty among community members unlike almost any other building on campus (imagine an impassioned plea from students and alumni to ‘Save Usdan’ or ‘Save Boger’ in 75 years). The beginning of the end came in 2007, when the Usdan University Center was erected, essentially dethroning MoCon as the cultural center of campus by consolidating all of the dining and student union services that were previously split by MoCon and Davenport-Allbritton (now simply called Allbritton). Usdan was widely detested by students upon its grand opening, with some students even forming a short-lived boycott that nonetheless cut into lunch revenue by 25-30%, according to the Bon Appétit district manager at the time. It was deemed by some observers to be a manifestation of an overly corporate culture that had begun to permeate the campus, from the clean-cut aesthetic to the ATM in the Wyllys Street entrance.

Because MoCon was an integral part of the Wesleyan experience, alumni began to come out in support of preserving it once the Usdan hegemony emerged. Some wanted to keep the silly things, like announcements or “Toke ’n Moke,” a ritual wherein students would smoke cannabis and enjoy the splendor of à la carte cafeteria dining with a supposedly enhanced sense of taste (today’s equivalent, “Boozedan,” pales in comparison—in the creativity behind the name, that is). Yet others, like Matthew Weiner ’87—creator of “Mad Men” and renowned television auteur with an upcoming book and Amazon show—were engaged in a more serious manner in preserving MoCon as a matter of principle in defense of the arts.

In the comments section of an Argus article reporting the planned demolition of MoCon, Weiner—or perhaps someone pretending to be Weiner—made his opinion known in a scathing hot take that soon became Wesleyan folklore. 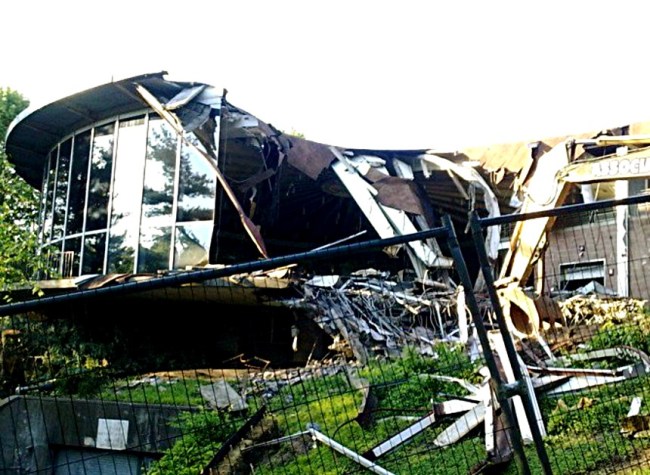 “It’s shameful that this is happening at Wesleyan. It shows such a supreme disrespect for the arts. How fascinating that a building of that architectural significance has to justify its financial value,” Weiner wrote. “I went to Wesleyan during the Reagan years and we spent a lot of time having to prove the value of art. We were constantly under attack to justify it financially. I’m disappointed to see the same business Darwinism and specious logic of ‘the marketplace’ applied to what is clearly an architecturally significant structure. And what I find the most fascinating is that it’s considered a childish weakness to have an emotional attachment to this building. Who decided MoCon was worthless? Who decided it wasn’t art? Who decided this was progress? Whomever they were, they obviously forgot that a University’s true financial health is related to its standing in the mind of its graduates. And yes, that is emotional.”

For his part, President Michael Roth ’78 detailed in an early edition of his campus blog the internal conflict he felt in trying to preserve the building for other purposes while trying to keep the University’s finances—which were notoriously turbulent and minuscule at the peak of the Great Recession—in line, or at least in enough solvency for further investments to be made down the road after Usdan had been planned before his tenure began. MoCon was one of the president’s earliest memories on campus.

“When I began my tenure as President of Wesleyan in the summer of 2007, I strolled over to my old Foss Hill room just across from the entrance to McConaughy Dining Hall,” Roth wrote. “Standing in the circular driveway between my frosh dorm and the dining hall, I could almost hear the music that my roommate Richie and I blasted through the speakers we’d set in the window. On that Arrival Day in August 1975, we decided to announce our start as Wesleyan students by turning up the volume on Bob Dylan’s Like A Rolling Stone: How does it FEEEEL?”

Nostalgia aside, Roth pursued options to preserve MoCon in some way, with staggering costs given the abundance of asbestos in the building and its precarious state on the slope of Foss Hill, where its foundation was no longer as secure as it once was.

“In order to keep McConaughy as an active part of campus we either have to invent a need that the current structure could meet, or we have to re-build the dining hall as something else in order to ‘preserve it,’” Roth wrote. “Dividing up its great open space for some specific purpose that is antithetical to its design doesn’t really keep MoCon, nor does replacing all its essential components for use as an outdoor pavilion. And the expense would be staggering….millions over the next few years.”

In keeping with the ethos of MoCon and its cosmic cousin Bob Dylan, Roth answered the voice of a generation’s rhetorical question. 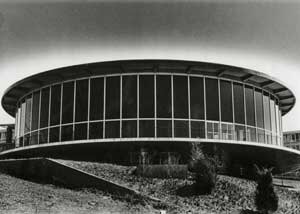 “I remember Dylan’s question: ‘How does it feel?’” Roth wrote. ”The answer is, ‘It stinks.’ But the alternatives feel even worse. So, this summer we will say goodbye to McConaughy Dining Hall. As for that spot in front of my old Foss Hill room, we will restore the hillside.”

The hillside may have been restored, but alumni from the classes of 1962 to 2012 will forever feel a flying saucer shaped emptiness inside every time they return to campus and look up at Foss Hill, where MoCon once gleamed.