Hasan Minhaj Punches Above His Weight at WH Correspondents Dinner 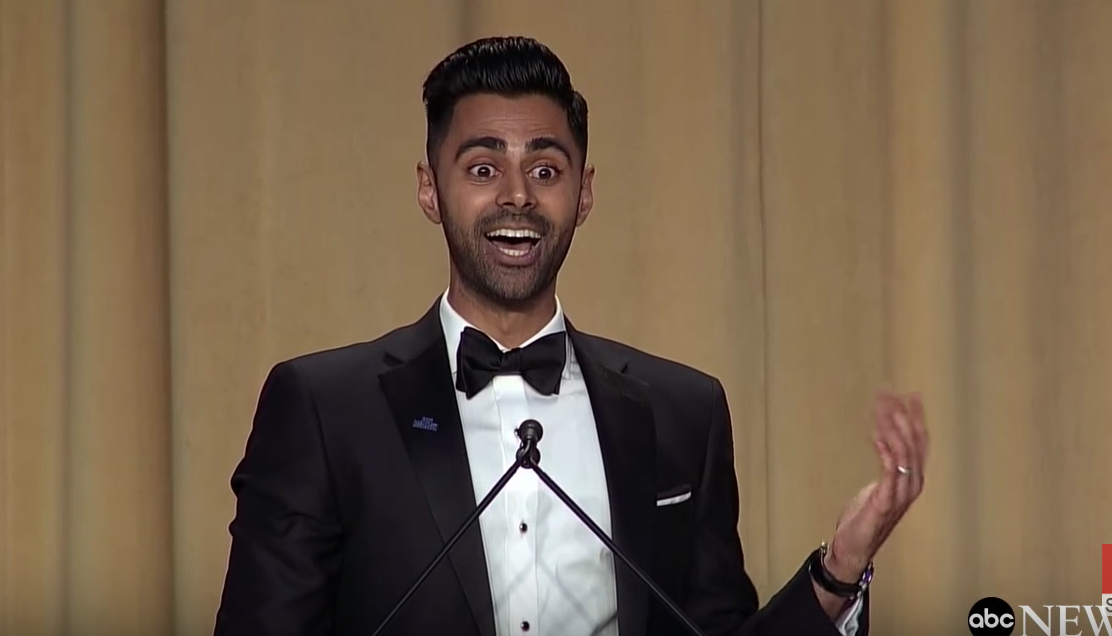 President Donald J. Trump lives a relatively unexamined life, and so, like many wealthy elites, he occasionally needs someone to do the service for him. In true Trumpian style, that duty came down to an Indian-American Muslim doing a job that no one else wanted to do, as host Hasan Minhaj joked in his opening remarks.

Fully aware of his identity and its relevance to the absent subject of his monologue—the president was giving a stream-of-consciousness rally in Pennsylvania shortly before the soirée in D.C.—the Daily Show correspondent smacked around some identity politics softballs to warm up into his routine.

“Who would have thought with everything going on in the country now that a Muslim would be standing on this stage for the ninth year in a row, baby?” Minhaj joked, referencing the falsehood propagated by President Trump about former President Barack Obama. “No one wanted to do this, so of course it lands in the hands of an immigrant.”

Minhaj was unsparing of the president, taking full advantage of an opportunity that could launch him from relative obscurity to national recognition, similar to Stephen Colbert’s rise after the dinner in 2006. Following suit, Minhaj came out swinging.

“Ladies and gentlemen, welcome to the series finale of the White House Correspondents Dinner,” he joked. “My name is Hasan Minhaj, or as I’ll be known in a few weeks, Number 830287.”

Interspersed among the Trump zingers were some wisecracks about the news media establishment.

“Every time a USA Today slides under my door, it’s like they’re saying to me, ‘Hey, you’re not that smart, right?’” Minhaj continued. “You know, Hillary Clinton was supposed to be here tonight, but someone told her the event was in Michigan and Wisconsin instead [groans from crowd]. What? Guys, Nate Silver told me there was a 73.4 percent chance of that joke killing. I believed you, Nate!”

Minhaj also took on MSNBC and CNN for being hypocritical and sensationalistic, respectively.

Then he took a swing at CNN.

“If you had nine experts on a panel, what is your barrier of entry?” Minhaj joked. “It feels like I’m watching CNN watch the news.”

“As a Muslim, I like to watch Fox News for the same reason I like to play Call of Duty,” he said. “Sometimes, I like to turn my brain off and watch strangers insult my family and heritage.”

Ultimately, Minhaj performed well, and, while delivering a cathartic roast of Trump, he also held up a humorous mirror to the news industry that has been under more pressure and criticism than ever this year. Minhaj finished his monologue with a strong endorsement of free speech, supporting the value from college campuses to the White House. He showed gratitude to the press for the work they do, and emphasized that their job is more important now than ever.

Yet, all the while, the man whose presidency was possibly launched by this very event was nowhere to be found, like a football captain afraid to lose the vote for prom king.