The NHL Stanley Cup Playoffs and a Return to Youth 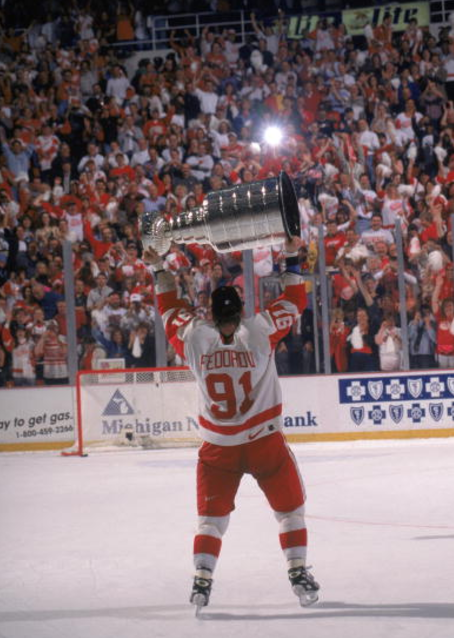 Long before I considered myself a journalist or writer of any sort, I was a hockey player. Beyond that, I wasn’t much else as far as my identity was concerned. I was just a kid playing for the Schenectady Chargers.

While upstate New York is no hockey hotbed, it’s sufficiently cold and boasts the requisite proximity to Canada to at least have an accessible and flourishing network of hockey clubs, ranging from mite house-league teams, to top-tier AAA travel teams, to Division I national champions, and even the pros. Yet after the long winter of road trips through salted state highways and long mornings in frigid home rinks—which everyone likes to call “barns” if they have any character to them—the best was still yet to come. After the long winter season, when the youth teams unloaded the minivans for the last time and the high school and college teams held their senior nights, there remained the best hockey of the year: the NHL playoffs.

The National Hockey League may not be much more than an afterthought in American culture—sweeping up the worst ad times of ESPN’s “SportsCenter” with breakaway goals and brawls—but the league nonetheless convinces sports fans of all stripes of one thing. The Stanley Cup—the league’s prize awarded to the team who wins four best-of-seven game series against the top teams who qualified for the playoffs—is the hardest trophy to win in all of sports.

The spectacle may look absurd at a glance; grown men refusing to shave despite any genetic aptitude for growing a nice beard, home fans throwing octopi on the ice (which sadly won’t take place this year with the Detroit Red Wings failing to make the playoffs for the first time in 25 years), elite scorers playing with broken bones and missing teeth. Yet all of that is what makes the playoffs great, plus the fact that they feature pound-for-pound the most exciting hockey of the year.

Around this time every year, even though I would be wearing a baseball jersey sponsored by a benevolent small business or a lacrosse uniform with my favorite number 26 that I could never snag during the hockey season, I was rushing home from practice to watch my Red Wings make another run in the playoffs. I would move the coffee table in the living room, grab an untaped stick, throw on my Sergei Fedorov #91 jersey, and start imitating the game in real time. Once, I threw an imaginary check at Joe Sakic of the Colorado Avalanche that was so hard it broke the glass frame of a picture hung from the living room wall well above my height at the time. I would get ready for the next shift sitting on the couch pushed up against the wall, and if I crossed the line, I would take two minutes in the penalty box, otherwise known as a bean bag chair in the far corner of the room that alternatively functioned as an Apollo-era space capsule when the Wings weren’t on.

While all of that fun may be over, the magic of the playoffs continues on NBC-affiliated networks. Eight teams remain, with the Eastern Conference boasting such a density of talented teams that it’s a shame only one can advance to the finals. My father’s beloved New York Rangers face off against the Ottawa Senators, while a series for the ages is in the works with Sydney Crosby and the Pittsburgh Penguins lining up against Alexander Ovechkin and the Washington Capitals. Out West, the Disney-estranged Anaheim Ducks look to avoid being upset by a youthful Edmonton Oilers squad, which boasts potentially one of the greatest players the game has ever seen in 20-year-old Connor McDavid (a.k.a. “The McSavior”), who’s flanked by loyal wingers Patrick Maroon and Leon Draisatl—perhaps the best forward Germany has ever produced, rounding off an Oilers line whose only parallel can be the legendary Messier-Gretzky-Kurri line of the four-consecutive cup winning 80s team. As if the excitement weren’t more palpable, the iconic P.K. Subban and his Nashville Predators take on the vengeful St. Louis Blues in the final pairing, which is enhanced by an aesthetically pleasing combination of yellow and blue, which might form green at the rate these teams hit each other.

I began to scoff at sports just like most of my classmates when I started acclimating to Wesleyan, but now I’m starting to understand that corny and ubiquitous quote, “it’s more than a game.” There was always an awareness within me that sports were simply a necessary escape for a lot of players and fans, whether from difficult lives or other circumstances. Yet it took a while to realize that once the questionably arbitrary economics of professional and even collegiate sports are—what Malcolm Gladwell coined “a tournament system” wherein the steep odds of “making it” are so steep that at a certain point even talent and hard work are no longer direct determinants of success—suddenly a new level of meaning is revealed.

The consistency of sports and their rituals, not too far from some forms of religion, are what allow them to provide a soothing continuity in life. Even though I’m suddenly in a house on Warren St. with my friends, from Posse veterans to first years from my club hockey team, the feeling of being that kid racing around a living room pretending to be Sergei Fedorov is still there. So too is a hope that a brief rekindling of youth, in pursuit of an oddly shaped chalice, might just make me a better person when I return to my adult tasks the next morning.