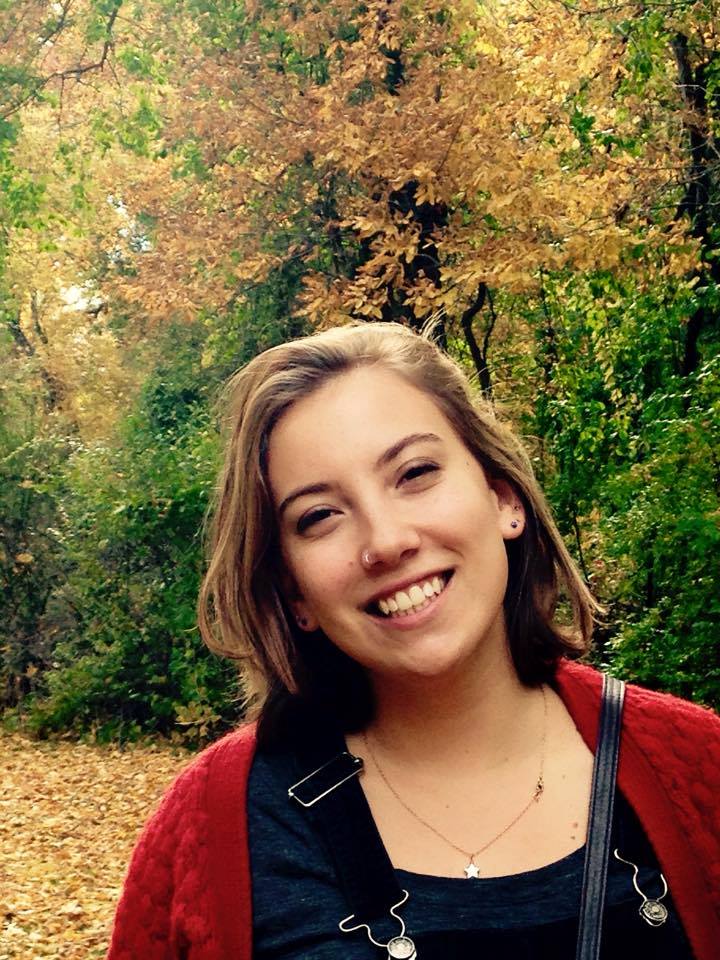 Following a months-long application process, the Thomas J. Watson Foundation named Michaela Fisher ’17 a fellow for the 2017-2018 year. She will travel to five countries across four continents, studying cooperatives operating within a global economic favor that generally does not favor worker-owned pursuits.

“A worker cooperative is an organization or an enterprise…owned by the workers themselves, not by stockholders or a proprietor,” said Fisher. “I am visiting Spain, Argentina, New Zealand, Germany, and Canada, and I’ll be visiting worker cooperatives, and sometimes agricultural cooperatives there, getting to know the people who own and run the business, and getting a sense from them of what it means to work in a democratically-run business place, and particularly how that sort of works in a global capitalist framework.”

Watson Fellowships are awarded to graduating seniors to complete year-long projects abroad, during which they may not return to the United States. Students nominated by one of the 40 institutions that is partnered with the foundation are given a $30,000 stipend and are eligible for up to a year’s worth of coverage on certain student loans. Fellows’ plans and projects are limited only by the State Department’s travel warnings and the requirement that they must not hold any formal work positions during their year abroad.

Fisher briefly considered a few destinations in which cooperative activities are thriving that are also on warning lists.

“I was considering Venezuela and Mexico, because they’ve got interesting stuff happening, and Cuba, but they’re all no-nos,” Fisher said.

A history major at the University, Fisher completed little formal coursework in the study of cooperatives. Rather, her passion for the field stems from an alternative spring break trip taken in 2016 with the organization now known as the USA Cooperative Youth Council (USACYC).

“It was a week in the Bay Area and we did some interactive workshops learning about cooperatives and we also visited some cooperatives,” Fisher said. “And the Patricelli Center [for Social Entrepreneurship] funded my trip, so Wesleyan sort of helped me out, in that way. And also, I learned about [the program] from the Wesleyan Engage Newsletter.”

Fisher has sought out numerous opportunities to further her knowledge of and participation in cooperative, from attending meetings of the Democratic Socialist and USLAC student groups, to USACYC conferences, to even taking a markedly less radical economics course that incorporates a discussion of cooperatives into its curriculum. This semester, Fisher is also teaching her own student forum titled “Cooperative Justice,” which ties together pieces of what she considers the more radical elements of her education.

“So it’s definitely self-directed education that’s been more radical,” she said. “The workshop that I’m doing now, the student forum, I see as a little more radical because it uses popular education methods. It’s a lot of—I consider myself a facilitator instead of a teacher, and prioritize the collective knowledge of the group. So I guide conversation, but I also leave a lot of space for people to bring in their own knowledge. A lot of it’s workshop-style, creative, and pretty much no lecture. ”

In designing her project, Fisher reached out to individuals involved in cooperatives all over the world. After receiving an encouragingly high number of responses—Fisher noted that those involved in cooperative ventures are notoriously friendly—she continued to narrow down her search to countries both permissible (as per the Watson’s State Department travel warning guidelines) and linguistically feasible.

“One [consideration] was making the language component make sense,” Fisher said. “So I’m going to countries where I can get by in Spanish or English, and that’s important to make it a viable project because it’s a lot of one-on-one communication with people. I have to learn Spanish, also, but [thought] learning one language—and it’s a language I’ve studied before—would be easier than learning multiple languages.”

Watson Fellows are not required to produce formal reports at the end of their experiences. Rather, Fellows remain unaffiliated with any academic institution during their time abroad and submit personal reflections quarterly throughout the year. Once back in the United States, the fellows meet to share their experiences.

“The Watson’s really unique because the whole point of it is to provide people space through a passion and a challenge to grow personally and become better people,” Fisher said. “Rather than focusing on a product or an outcome of research that you may have if you are partnering traditionally with a university or a Fulbright to research, it’s about creating space for people. It’s a human-based project.”

A self-declared extrovert, Fisher looks forward to the opportunity to connect with a larger network of individuals involved in cooperative activities.

“I think I’m really excited to make friends with worker-owners around the world,” she said. “I think it’s going to be cool to have this network of people who understand and are passionate about this topic. A lot of people don’t know what cooperatives are or understand…it can feel kind of niche. But it’s not niche if you think about it in the global perspective. There are hundreds of thousands, millions of people that are involved in cooperatives, and I think it’ll be really cool to feel like I have a global network of people who understand that and are happy to connect over it again in the future.”

She is also on the hunt for ways to spend the alone time that comes with the territory (or lack thereof) of the itinerant year ahead.

“…When I just get to a country the first few weeks, I won’t know anyone really,” Fisher said. “I just have email communication with people in each country right now. So I think a lot of it will be difficult, but a personal challenge that will be really important for me. It’s one of the things that I’ll value the most at the end of the whole experience. And also, I’ll probably spend a lot of time reading, and I’m considering learning how to DJ, because that’s something I can do alone on my computer, easily while traveling.”

Though the year will have its ups and downs, Fisher looks forward to this opportunity for growth. Hopefully, it is the start of a long involvement with the cooperative world.

“Ideally, my future would mean that I’m either working at a nonprofit supporting what a lot of people in the cooperative movement call the solidarity economy, so an economy based on, rather than extraction, people coming together and helping each other,” Fisher said. “And a lot of that is cooperatives. So, [my future is going to be] either working for a cooperative or an order to create cooperatives.”