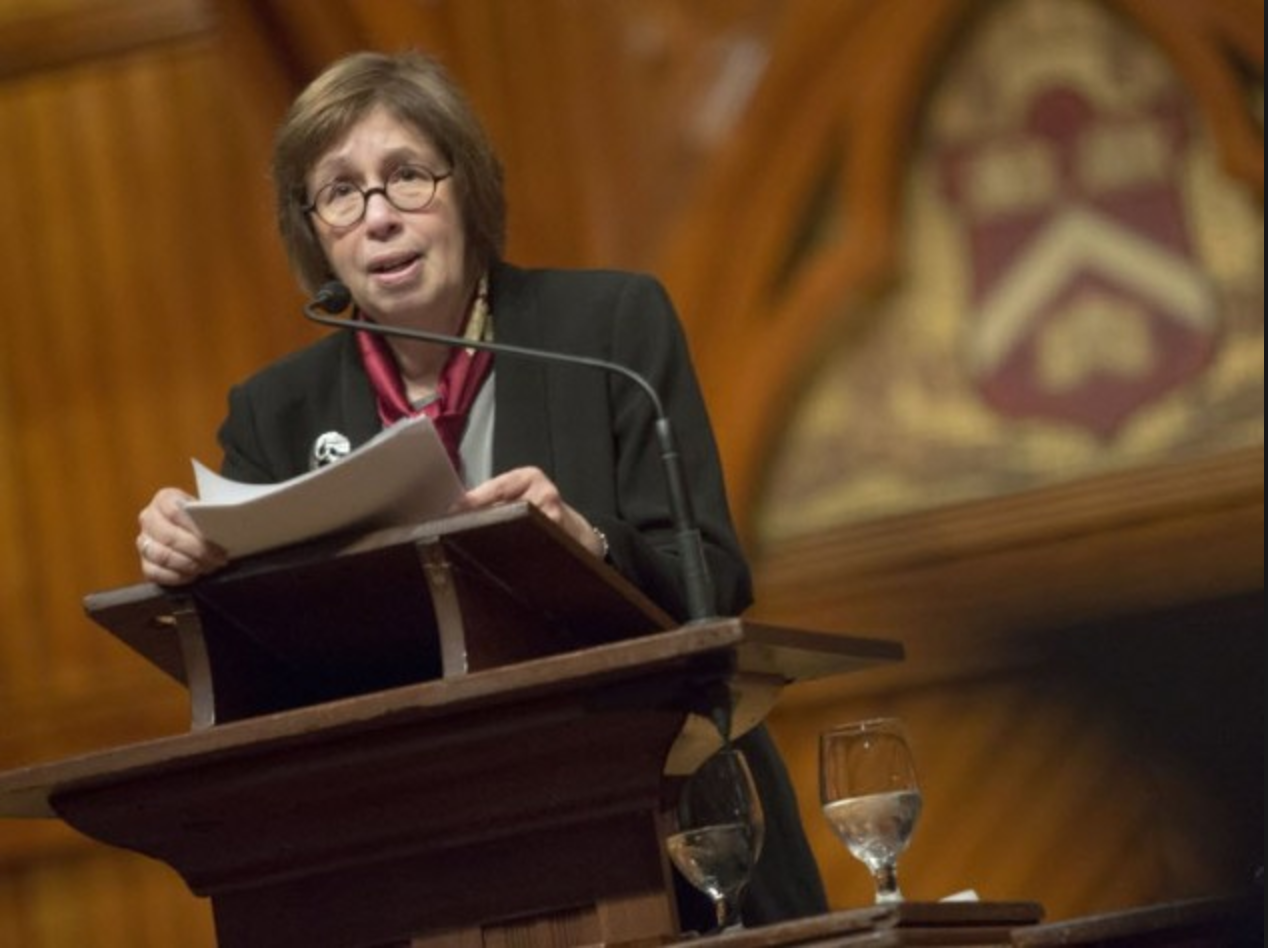 Linda Greenhouse was probably writing about the Supreme Court of the United States before you were born. She covered twenty-nine sessions of the Court for the New York Times from 1978 to 2007, a run of incredible longevity where she wrote on issues ranging from abortion rights to torture. Greenhouse arrived in Washington in the middle of an ideological transition for the Court, when Chief Justice Warren Burger was in the process of undertaking a juridical transformation from the progressive milieu of the Warren Court. Greenhouse’s critics, and some of her admirers, have alleged she played her own role in influencing the ideological behavior of the Court. The so-called “Greenhouse Effect,” which suggests that justices on the Court change their opinions over time to appease an east coast liberal establishment, has lain at the core of conservative criticisms of the mainstream media for years.

Now, Greenhouse is the Knight Distinguished Journalist in Residence and Joseph Goldstein Lecturer in Law at Yale Law School. On April 20, she delivered the 26th Annual Hugo L. Black Lecture on Freedom of Expression in Fayerweather, Beckham Hall. One of Wesleyan’s most celebrated lecture series, past speakers have included legal giants like Cass Sunstein, Laurence H. Tribe, Harry A. Blackmun, and Antonin Scalia.

Titled “Writing the Truth in the Age of Trump,” Greenhouse’s talk, an early draft of a future project, offered a blistering analysis of the media’s coverage of the rise of President Donald J. Trump. No newspaper or cable news channel was safe, but Greenhouse reserved the bulk of her criticism for the very paper she called home for nearly forty years: The New York Times.

Indicting the “fair and balanced” philosophy that has informed the Times’ journalistic ethos, Greenhouse argued that President Trump’s candidacy broke the Times’ ethical model for covering politics—and that they have not figured out how to adapt. Greenhouse believes the Times’ brand of diplomacy, presenting both sides of a story and giving equal space to conflicting opinions, was rendered obsolete by an administration willing to lie and obfuscate at a breakneck pace.

“There is a tension between calling out falsehoods and remaining fair and balanced,” Greenhouse said. “So, what do you do when a candidate for president tells an outright lie?”

With an administration whose Chief Strategist claimed that the media, not even the Democrats, was the “opposition party,” the ever-cautious New York Times failed to take the necessary steps to combat the dislocation that the Trump presidential campaign would bring. Greenhouse argued that the media’s failure was especially stark given what she believed were the relatively trivial scandals of Hillary Clinton. By fixating on James Comey’s infamous letter, and the email scandal more broadly, the New York Times sensationalized a story that never provided a smoking gun or particularly damning piece of evidence. By failing to weight the responsibility of plastering the headline “With 11 Days to Go, Trump Says Revelation ‘Changes Everything,’” on their front page, Greenhouse suggested that the paper embraced a false understanding of objectivity.

“Journalists should not repurpose material and redistribute content, but actually verify it,” she said. “Historically, the answer has never been universally clear that the model of objectivity means telling both sides of the story versus reporting true information.”

Greenhouse steeped her takedown of the “fair and balanced” approach in scholarly material on journalistic morals and case studies of ethical dilemmas the Times has faced in recent years. The American Press Institute’s list of the “Principles of Journalism,” mentions nothing about “fairness,” but instead emphasize concepts including truth-telling, rigorous verification of facts, and journalistic independence.

“Fairness is so subjective a concept it doesn’t give you any concrete way to operate,” Greenhouse said.

Greenhouse criticized the Times’ coverage of the fraudulent Planned Parenthood video that conservative activists and politicians incorporated in their crusade to defund the women’s health organization. When 2016 Presidential candidate Carly Fiorina exaggerated and falsified details of the video, claiming that footage of a miscarriage was actually evidence of the organization performing a partial-birth abortion, the New York Times equivocated. Their headline “Carly Fiorina Said to Exaggerate Content of Planned Parenthood Videos,” failed to clearly dismiss the falsehoods, and the article extensively quoted a former StemExpress employee Holly O’Donnell, who was soon discredited. The Times’ Public Editor at the time, Margaret Sullivan, admonished the paper for their coverage of the incident.

Taking a historical approach to the failings of the “fair and balanced” approach, Greenhouse critiqued a series of the Times’ journalistic decisions over the years. From calling Fox News a network with a “reputation of hosting conservative news programs,” to entertaining the voter fraud conspiracy, to quoting a former lawyer in the Reagan Administration with no expertise on national security as a key source on issues of torture, Greenhouse believes that when journalists prioritize supposed objectivity, they become sycophants to power rather than informers of a diverse citizenry.

“Balance does a disservice to society when some positions are morally and factually indefensible—whether it’s on torture or vaccines,” Greenhouse said. “Journalists are really deferring to power rather than innocently giving both sides of a story. In these cases, when a journalist turns a story into a ‘he said, she said’ controversy, it just makes the reporter complicit in the deception.”

Greenhouse hoped to make the connection between declining faith in the news—in 1976, 72 percent of Americans trusted the media, in contrast with 32 percent in 2015—and the dwindling of the adversarial style of journalism. To avoid the media’s most egregious coverage failures (Greenhouse cited Judith Miller’s maligned reporting on the Iraq War in particular), journalists must return to first principles.

“I’ve been saying for a long time we need a different type of journalism,” Greenhouse said. “A journalism of verification, not just a journalism of assertion. Because the opposite of objectivity isn’t bias, it’s judgment.”