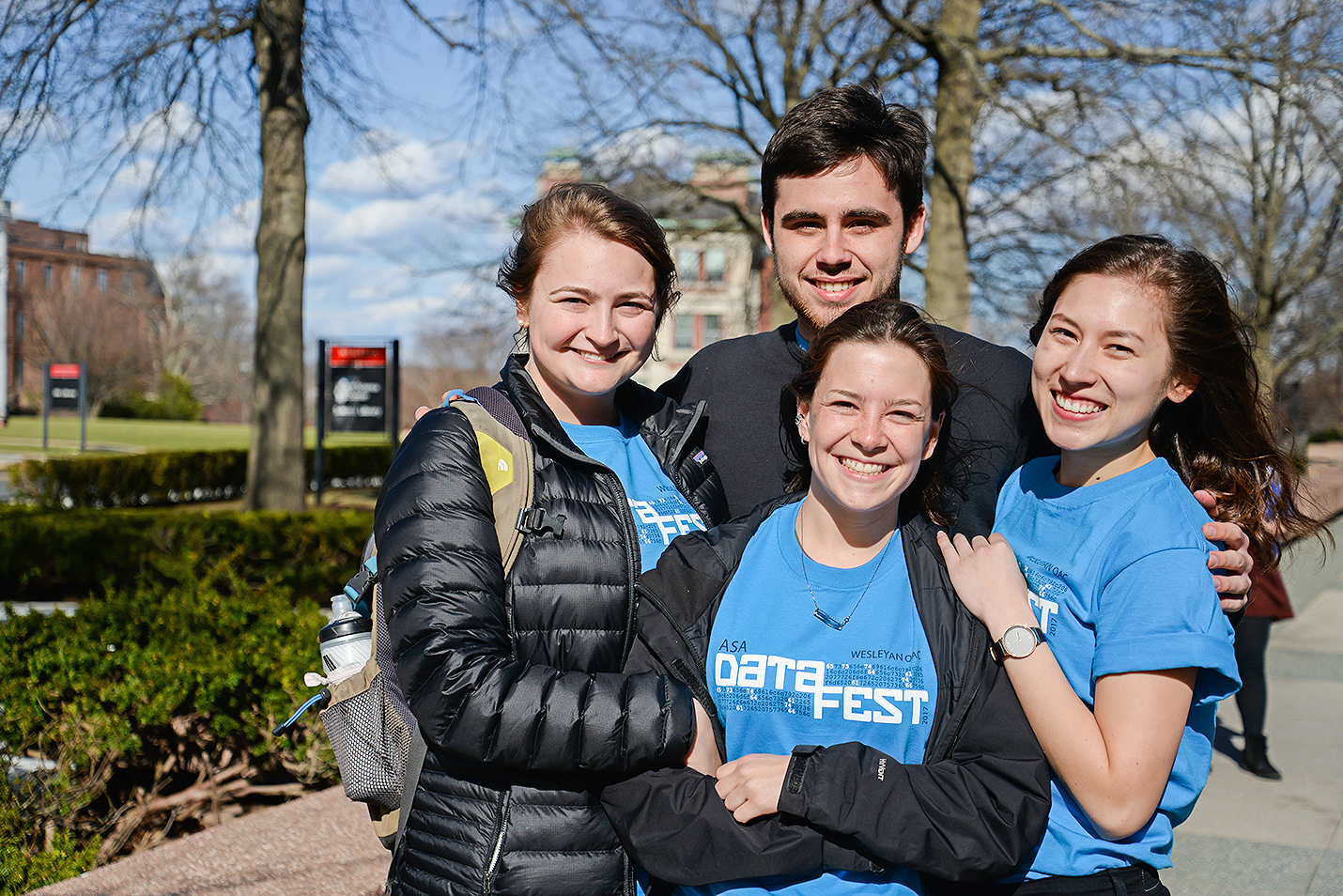 From March 31 to April 2, the University’s Quantitative Analysis Center hosted this year’s DataFest, a data analysis competition that challenges collegiate teams to explore, analyze, and present conclusions on a vast set of data—all in one weekend. Teams of 3-5 students from colleges across Connecticut and Pennsylvania—Connecticut College, Yale University, University of Connecticut, Trinity College, and Lafayette College—competed against each other in the confines of Exley’s collaborative workspace known colloquially as the Fish Bowl for the top prizes: Best Pattern Detection, Best Data Preparation, Best Innovation, and Best in Show. Teams had five minutes to present their findings to a judging panel that included data experts from Boehringer-Ingelheim, CKM Advisors, The Brattle Group, Pfizer and TEK systems at Pratt and Whitney.

Teams of Wesleyan students won two of the awards: Best Innovation and Best Data Preparation, the latter of which was awarded to a joint-team of Wesleyan and Lafayette students. Student teams from Yale and Trinity won accolades as well.

“We were surprised to win because all the teams had great insights and really brought their A-game,” said Asie Makarova ’17, a member of the Wesleyan Data Baes. “It was cool to apply skills that we learn in the classroom to a company’s dataset and make something completely new.”

Tiger Huang ’17 of the Wesleyan-Lafayette team, The Unsupervised Leopards, was equally excited about his group’s win.

“Representing Wesleyan and winning the DataFest was super satisfying, given the high level of competition against other schools this year,” he said. “My team executed every step of our project with extreme care and precision, and I am just so happy that the judges were able to recognize that effort.”

Makarova, Huang, and fellow winners Jack Gorman ’19, Joli Holmes ’17, and Tiffany Coons ’18, were all honored with a $50 cash award, a medal, a certificate, and a membership to the American Statistical Association.

After a successful competition, plans for next year’s DataFest are in the works.