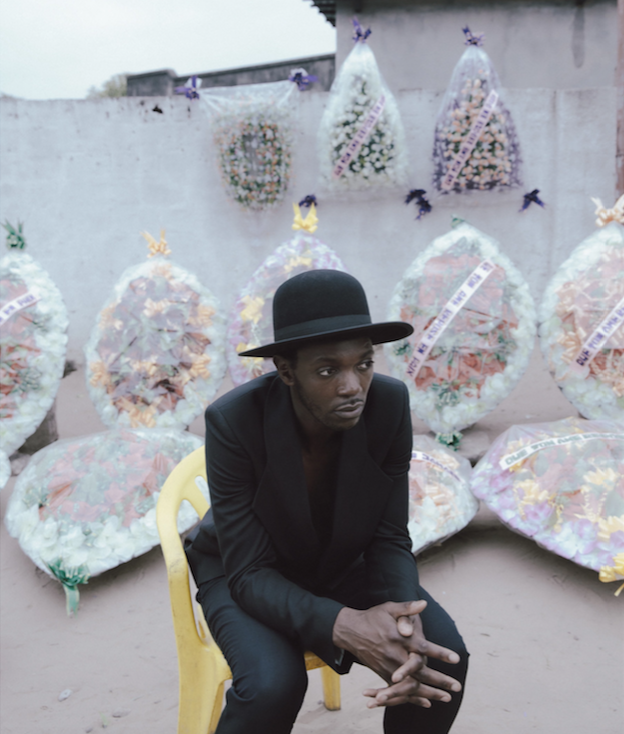 Globalization may have found its premier music genre in rap and hip hop, with Belgian-Congolese MC Baloji being of the best suited to build bridges across cultures through the medium.

Relatively unknown outside of French-speaking media markets, Baloji has branched out recently by releasing an EP of remixes based on his 2016 EP, 64 Bits & Malachite. Collaborating with notable American rappers such as Heems (Himanshu Suri ’07), Baloji has reworked his hit single “Spoiler” to suit verses of different artists in different languages, all while maintaining the core background of the song and many of his own lyrics. In this track alone, Baloji raps in French, English, and Congolese lingua franca.

With Heems stepping in, the track’s scope broadens out while sticking to the same theme of critiquing a buzzkill (in French, a “gâcheur de plaisir”).

While Baloji is more coy in his lyrics, Heems’ brazen irreverence compliments him well. Furthermore, Heems brings a lively cadence to the track, which Baloji called “a Brooklyn echo” in an interview with The Fader back in November.

Baloji also features up-and-coming Francophone artists Youssopha and Coely on two other remixes of “Spoiler.” Without featuring any producers on the remixes, Baloji keeps his original sound largely intact, with each artist only adding a prolongated verse. However, even listening to all three in a row doesn’t get boring, and there’s a gradual progression with each artist that moves away from anger toward forgiveness. 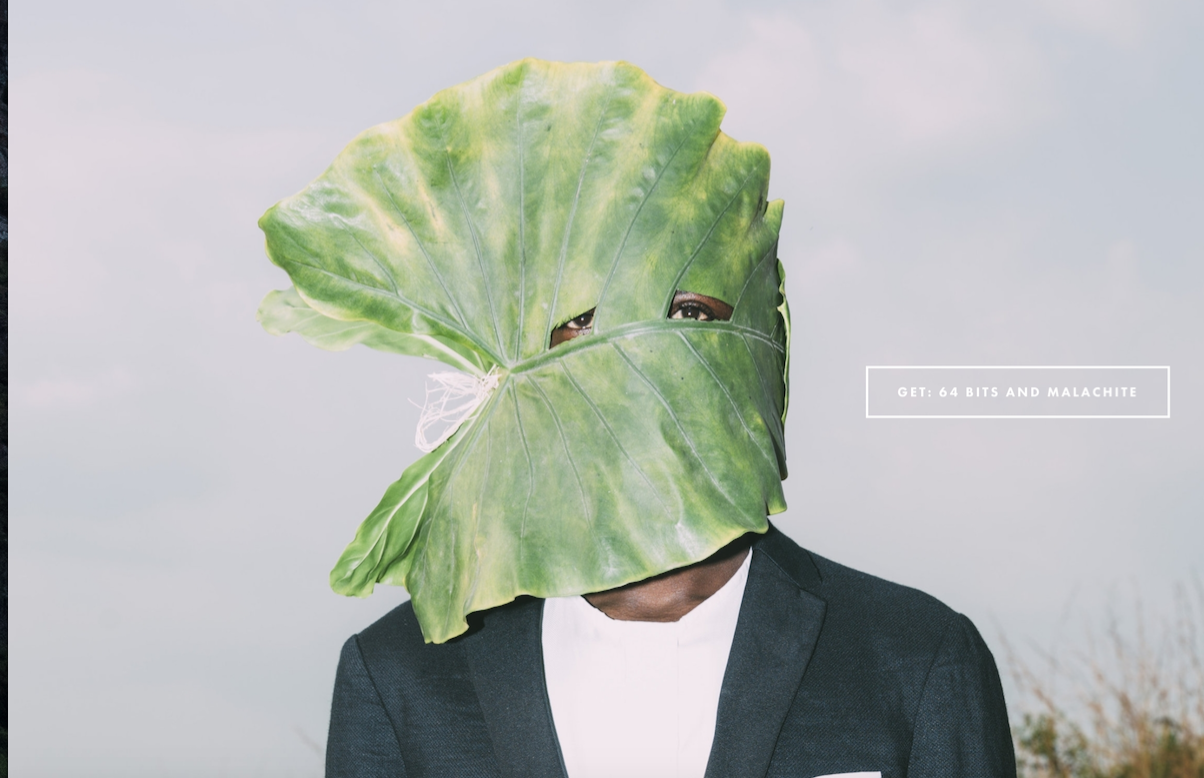 On the original EP, Baloji is at his best in his nearly 20-year career. His second chapter as a solo artist has seen him draw upon not only Congolese music and rap, but also indie rock and previous generations of Congolese rap alongside disparate elements of jazz and even classical music. After “Spoiler” kicks off 64 Bits & Malachite, Baloji’s Congolese roots become more evident.

“Unité et Litre” is a bubbly, fun, and rambunctious track with a high-paced beat that is almost impossible not to dance to. Then Baloji plays with EDM structures, dropping the beat into a chaotic oscillating synth that sounds like a coordinated fire alarm system tuned to a DJ’s turntable. Backup singers break from his French in their native Congolese languages, ranging from Kishwahili to Chokwe to Bemba. With his verse overlaid with the background singing, the track takes on a euphoric quality, the lyrics and beats crashing into each other like waves in a narrow cove.

“F.I.N.I.” is perhaps the most powerful track on the EP, featuring dueling lyrics between Baloji and the voice of a young boy. With an illusion to death in the title, the song is both a meditation on mortality and an unveiling of Baloji’s fear of a precipitous downfall in his career. At other points, Baloji is taunted by the boy, who calls into question whether his hypothetically nascent career could be doomed, potentially harkening back to doubts he faced earlier in his career. The slang used in the song “t’es fini, mec mec, t’es dead” (you’re over, dude dude, you’re done) hits home for anyone who’s heard schoolyard bullying by French kids or simply been taunted on the metro by hooligans who thought you didn’t speak French. Regardless, the narrative of overcoming self-doubt in “F.I.N.I.” makes it an inspiring and powerful track, even if one doesn’t follow all of the lyrics.

Baloji’s life story itself is one of overcoming tremendous adversity. Born an illegitimate child of a Belgian father and a Congolese mother, Baloji moved to Ostende, Belgium with his father only to rediscover in 2008 a letter from his mother, absent from his life for the past 27 years. The letter led him on a quest to rediscover his Congolese roots with his ’08 album Hotel Impala. He grew up estranged in Belgium after losing all contact with his mother, ending up in a youth delinquent house for committing petty crimes as an adolescent. While it would seem that he had hit rock bottom, Baloji discovered his passion for music while away from home, launching his career with rap collective Starflam in the late 90s. Baloji has carried this chip on his shoulder ever since, and it shows in the EP’s final two songs. 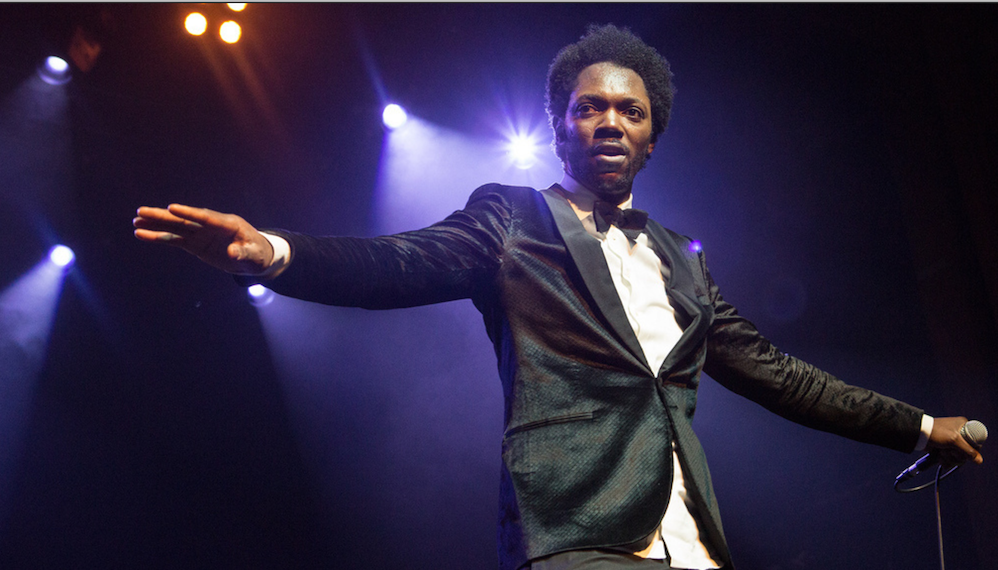 While the EP finishes with a somber piano ballad in “Capture,” the climax comes in the intense “64 Bits,” featuring an English refrain that simply repeats “copy, paste.” It’s the most abstract track of the EP, and demonstrates the kind of experimentation and energy that Baloji is willing to put into his work even this late into his career.

Given how far he’s come and the level he’s working at now, Baloji should become a household name across the Atlantic — maybe even more so than his countryman Stromae — if he keeps branching out in his collaboration and technique. For now, 64 Bits and Malachite and 64 Bits and Malachite (Remixes) are available on iTunes and Spotify, and Baloji will be on tour in Europe this summer.