Over 300 from University and Middletown Community Respond to Sen. Suzio’s Townhall 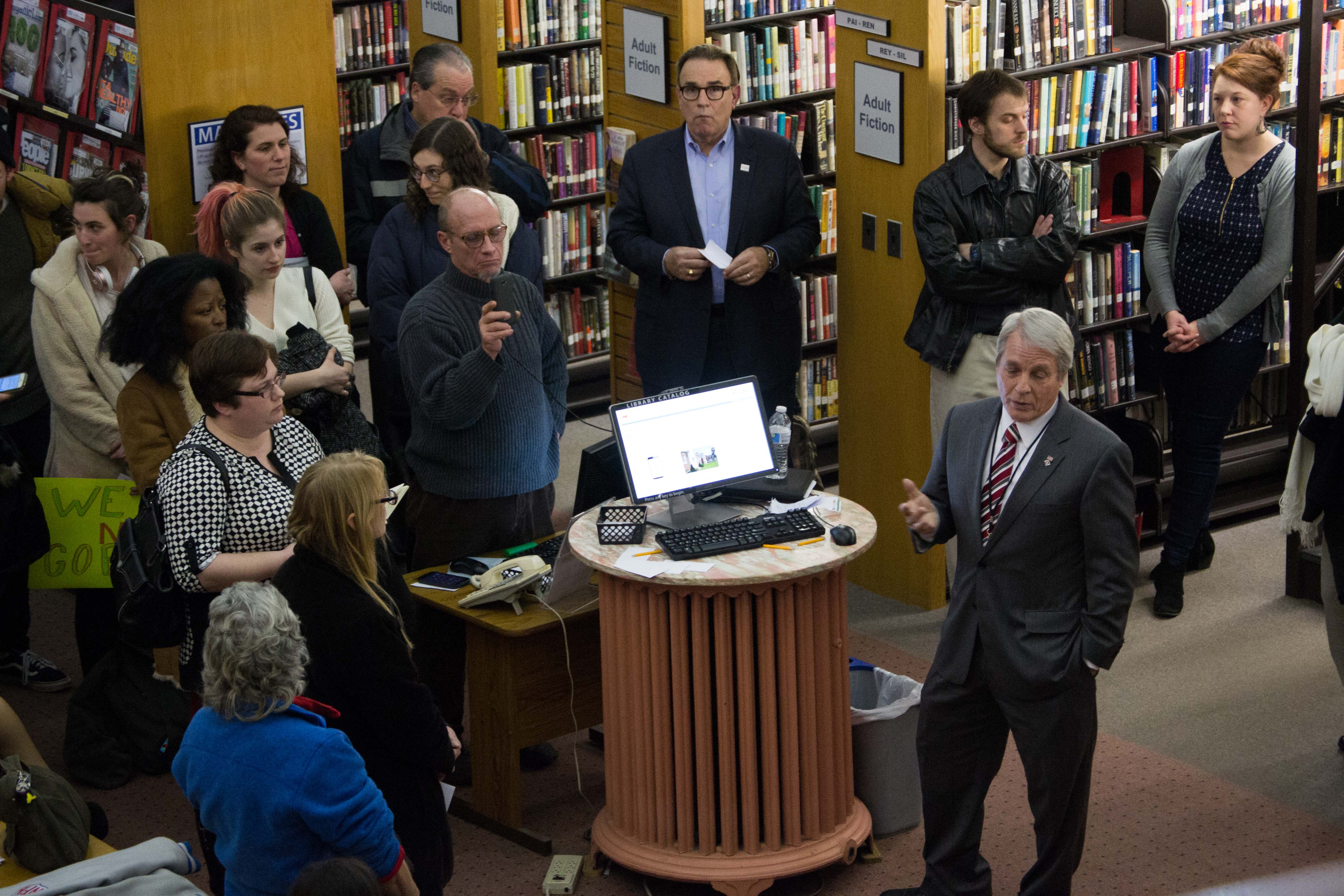 A crowd of over 300 people including University students, faculty, and locals, packed together at Russell Library on the evening of Wednesday, January 16 to address Connecticut State Senator Len Suzio and his pro-life agenda for the new legislative term. In a town hall-style meeting, constituents were able to ask questions related to proposed acts of legislation, particularly laws seeking to change the ways in which Connecticut minors access reproductive healthcare. A large turnout forced a change of venue, to a two-tiered, standing room-only reading area in the library’s stacks.

Suzio previously occupied the office of State Senator for Connecticut’s District 13, comprised of Meriden, Middlefield, Middletown, and Cheshire from 2011 to 2012 and was re-elected this past November. He is succeeding Democratic Senator Dante Bartolomeo, whose election, Suzio claims on his website, was the result of intense pushback from Governor Dannel Malloy, who is one of the least popular governors in the country with an approval rating of 24%.

After providing a brief autobiography, he and his accompanying staffer decided that it would be more appropriate to take as many questions as possible from the anxious audience. The majority of questions pertained to Proposed Senate Bill 243 (SB-243), which would require a minor seeking an abortion to either obtain parental permission, or opt out by appearing before a judge to determine whether an abortion is in the minor’s best interest, a process commonly referred to as “judicial bypass.”

Suzio cited potential benefits of the law, stating that it could take control away from human traffickers who may force women to get abortions against their will or that it will expose abusive households by their having to state their cases in court. When asked if he was equating pregnant minors with victims of child abuse, he reaffirmed his belief that minors are not in a position to make their own choices and should have to defer to parents or the court system in order to make informed decisions.

The crowd, upon hearing that Suzio appears to prefer parents’ decisions over those of all others, expressed their dissent for his position and support for bodily autonomy at all ages. In response to another question about bodily autonomy, Suzio first chose to comment on what he presumed the audience believed regarding the tangentially related topic of sex workers’ rights.

“Well, let me address it this way,” he said. “Most of you believe that prostitution should be legal.”

He then explained his belief that abortion is more than a medical decision.

“I look at it as a decision that affects the woman, it affects everyone involved…” he said. “When you talk about what is abortion, you’re not talking about what you’re aborting.” 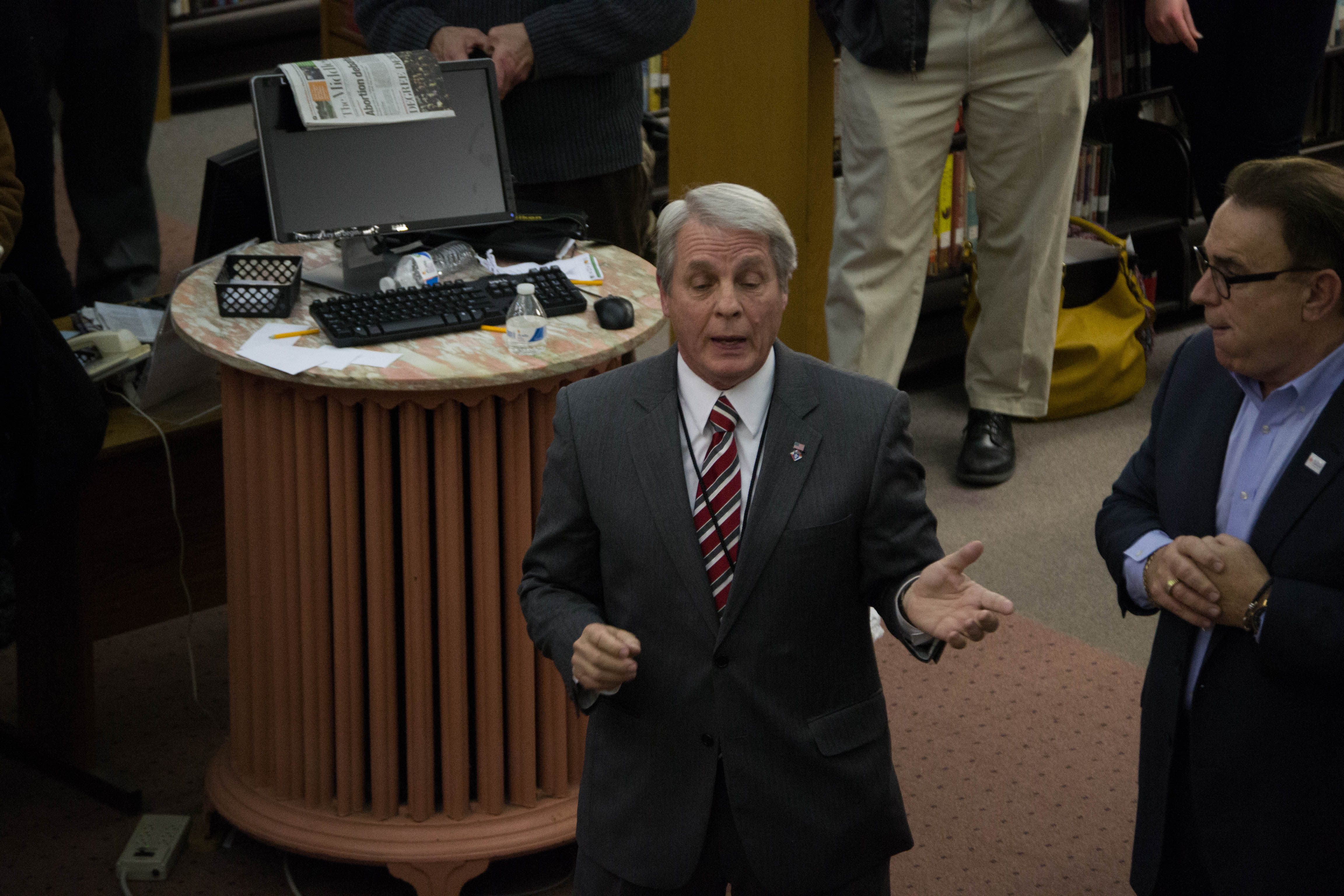 Suzio also offered his impression that the audience largely supported an abortion for any reason at any point during a pregnancy, though the claim was met with resistance.

“Right now under the law in the United States you can have an abortion any time you want during the pregnancy,” he said. “In the third trimester, if your health is jeopardized, you can have an abortion, and health is loosely defined as even your mental health. It’s very vague and as a result we do have abortions into the third trimester. In fact, as you probably all are aware, at one point in time there was a big controversy about partial-birth abortions where the baby is actually in the process of being born, and as a baby’s skull comes out, they take scissors and [cut the spinal cord].”

Partial-birth abortion is known more in political circles than medical and is often used to describe late-term terminations of pregnancy for any reason, including those that are deadly. Officially, they are known as dilation and extraction (D&X) procedures. In 2003, they were banned through an act of legislation that then was overturned in the 2007 case of Gonzalez v. Carhart.

Another proposal is Senate Bill 330, which would require all women who elect to have an abortion to have a transvaginal ultrasound, a procedure in which an ultrasound internally examines reproductive organs. When asked if he knew what the procedure entailed, he replied jokingly that he, himself had never experienced one. It was criticized as being overly invasive and trauma-inducing, particularly for victims of sexual violence.

Throughout the town hall, a few other topics were mentioned alongside the proposed abortion policy changes. Suzio was asked about environmental issues, including global warming, after citing a 100% rating by the League of Conservation Voters in years past. 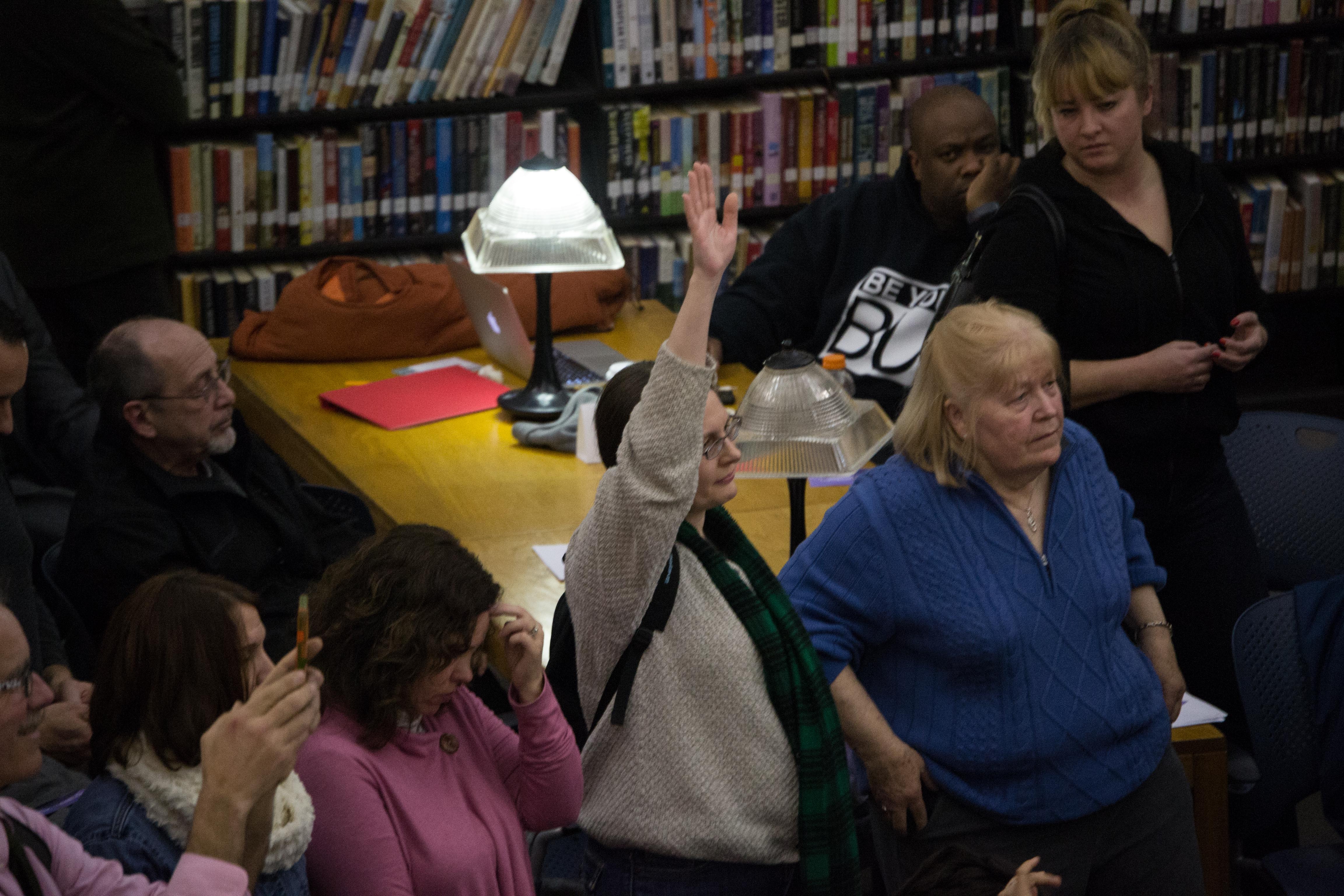 “I look at it this way, that man-made global—anthropogenic global warming is a developing science that they’re still learning more and more about,” he said.

Local attorney Sandy Broadus asked the Senator a number of questions pertaining to the bill. She brought up a number of points regarding the negative effects that the bill would have. Along with that, she gave advice to those opposing the bill.

“Our homework collectively is to say which states have done this and what is the cost of it,” Broadus said. “Everything has a cost. Taking up a judge’s time on an all day hearing means that somebody’s who’s got a right to a speedy trial isn’t getting that or they get bumped. God knows as lawyers we sit in courtrooms all the time with things getting bumped because something else comes up as an emergency, and there’s a cost to that, a social cost.”

Other constituents focused on issues that mainly concerned taxes, while the views expressed in the abortion-related discussion were almost uniformly opposed to the senator’s agenda.