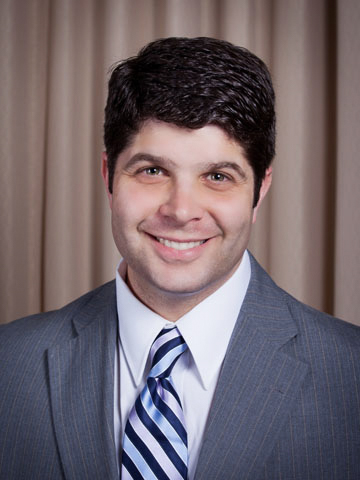 Middletown Mayor Dan Drew may be taking his political ambitions to a larger stage in 2018. Mayor Drew announced in a Facebook video on January 12 that he is forming a committee to explore a run for the Governor’s office. Two-term Governor Dannel Malloy (D-CT) is eligible for re-election but has the second-lowest approval rating (26%) of any governor in the country. Other potential candidates of the Democratic primary include State Comptroller Kevin Lembo and Attorney General George Jepsen. Mayor Drew has been in office since 2011. While he said he doesn’t have a timetable for making a decision just yet, Mayor Drew spoke to The Argus about his record in Middletown and his vision for the state.

The Argus: How far along are you in the process of deciding whether to run?

Dan Drew: We just kicked it off last Thursday. I’m just working hard, talking to people and starting to get around the state and hear from the grassroots, and do all the work required to make a decision.

A: How is planning for a governors’ run different than preparing for a mayoral race?

DD: It’s much different when you look at a whole state instead of a city. The scale and fundraising requirements are very different, and it requires starting much earlier to do it effectively and get a sense of what people in the state are thinking.

A: Why do you want to run for Governor? Why is now an opportune time?

DD: I care about economic issues, and I care about the ability of people in Connecticut to achieve a middle-class lifestyle. I think that in particular, in light of the threats of the Trump administration both from an economic and a personal standpoint, it’s important to focus on the economic well-being of well ordinary people. In a cabinet populated with billionaires and plutocrats, that’s certainly not going to be the case in Washington. I think it has to be the case in the states. My goal since I’ve been in office here has been to ensure that middle-class people have every economic and educational opportunity available to them and that’s something I’m interested in working on in the state level.

A: Going deeper into your economic policy platform, what issues are most important to you and what would you plan to emphasize in a gubernatorial run?

DD: I’m interested in ensuring the rich pay their fair share, that corporate loopholes are closed in the tax system, and that people receive a good salary. If more money ends up in the pockets of middle-class people, then the economy will do very well. Also, while public education in Connecticut is very good, the system that governs it is anachronistic and antiquated. The more we can to do bring it up to date, the better off our students will be. So public education and middle-class economics are important moral issues because we have an obligation as public officials to create as much economic and educational opportunities as we can. At its core, whether we are talking about equal pay [for women] or better pay, or union protections for workers, or a better public school system, these are all core economic issues that are not mutually exclusive. It’s important to get them right because they cannot be considered in a vacuum.

A: With a relatively progressive state legislature in Connecticut, and two Democratic senators, how might the Trump Administration impede on the work you do on a state level?

A: What are your biggest achievements so far in your time as Mayor?

DD: We’ve cut unemployment by half in Middletown since I took office, violent crime is down 18% since 2014, we’ve added thousands of new jobs to the local economy. We have a very robust private sector here, but we are also very friendly to unions and workers. And I think that’s the balance to strike on a larger scale. The purpose of the exploratory committee is to connect with people around Connecticut and see if it would be worth doing that on a larger scale.

A: What happens when the private and public sector come into conflict? FedEx recently built a distribution plant in Middletown. In deals like these, how have you worked to strike a balance between corporate responsibility and empowering labor with private sector growth?

DD:  I don’t think those things are mutually exclusive. And this is one of the things I think is a huge problem in politics, people think they need to be pro-business or pro-worker. Public policy is not that simple, and there is a middle ground to be struck to make sure everyone benefits. My goal is not to be punitive, in Middletown, we try to work collaboratively with all parties.

I try and incentivize people here… most of the workers building the FedEx site right now are union constructor workers, on a private sector job, from one of the largest corporations in the world. We’ve worked closely with FedEx and the trade unions, and everyone saw the benefit. The workers have good pay and benefits and job security, and FedEx is getting a top-of-the-line product from these workers. Most companies I’ve worked with are perfectly willing to work in a framework of fairness. And that’s really all that everyone is looking for, a sense of fairness.

A: What’s the most valuable thing you have learned in your time as Mayor?

DD: That you need to listen to everybody and bring everybody to the table in order to succeed. Middletown is not doing really well because I have a ton of great ideas or because I’m a genius. Middletown is doing well because we are really good at bringing together people who have a whole variety of ideas, and taking from each of them what works, and putting it together in a package that brings people to the table. The function of a leader is not to say I have the right ideas, and my way is the right way of doing things, its whose got what ideas and how can we make this work and figuring out a way to bring everyone together. A leader with a sense of where people are going should set a vision and bring people together to figure out who has the right piece of an idea to get there. You do that and all of the sudden you have a winning strategy.