On the Flaws and Ethics of “Westworld” Season One 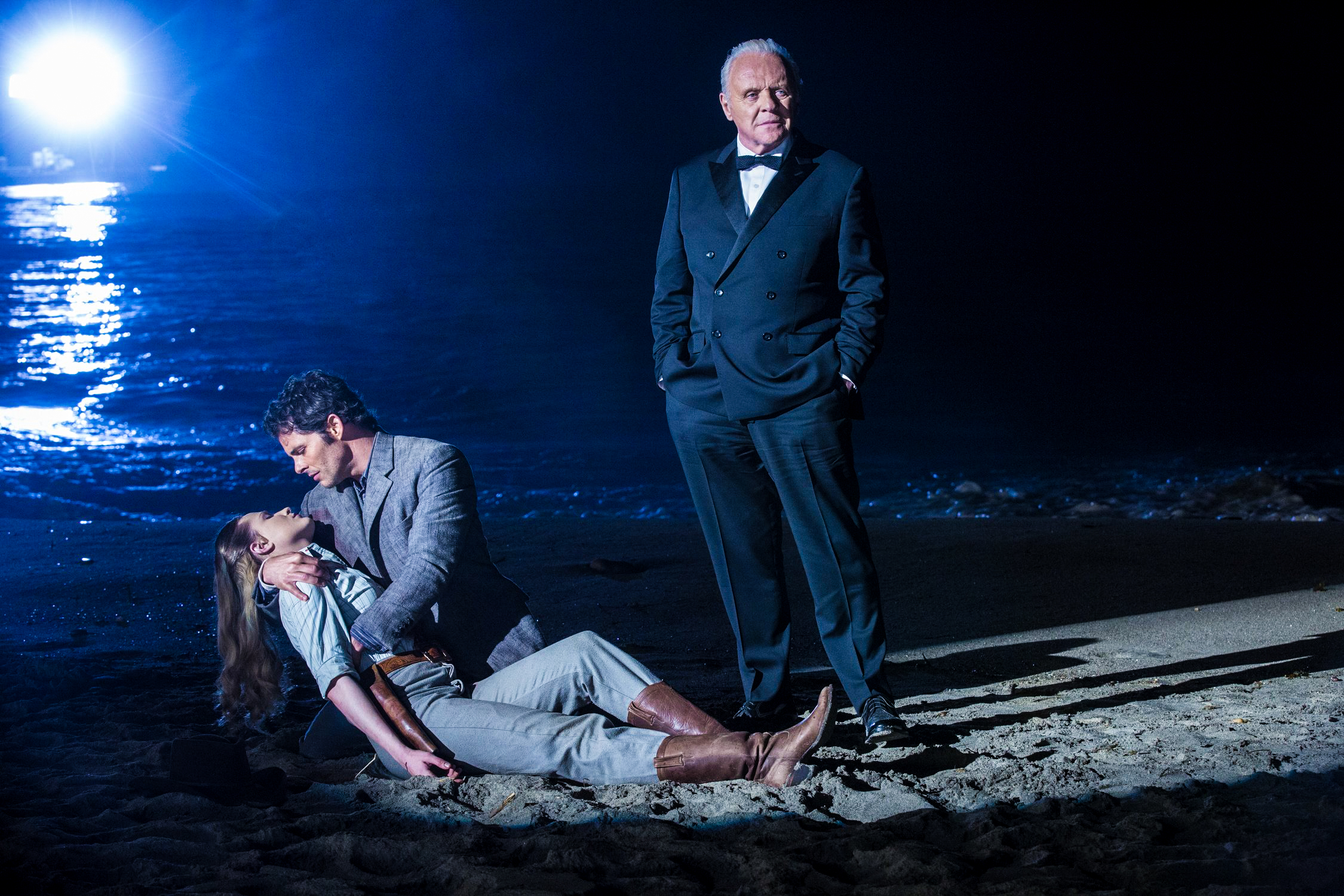 HBO’s “Westworld” has been one of the most fascinating and frustrating shows on television in recent memory. It’s been consistently fascinating to unpack its mysteries and to analyze its philosophies. The show makes it easy to be drawn in by the beautiful scenery and special effects. “Westworld” even invites us to understand how it adapts tropes and themes from literature ranging from Dante’s “Comedy” to Shakespeare’s “Romeo and Juliet.” But the show has been equally annoying. For all its glitz and glamour, long stretches of the show’s story have been boring. The characters and basic tenets of their characterisation (their motivations, backstories, etc.) were kept secret, hidden from the audience so they could be used as plot twists late in the season. The violence and action was all low stakes, as half of the characters were robots (known as Hosts) who couldn’t permanently die. The show’s themes, secrets, aesthetics, and performances were excellent; its story and structure were not.

The show, based on a Michael Crichton movie of the same name, follows an amusement park set in the Wild West, which allows guests to fulfill their fantasies (often, the violent and sexual ones) without suffering real-life consequences (spoilers follow.) During the season, it’s revealed that one of Ford’s employees, Bernard, is actually a host modeled off of Ford’s original partner, Arnold. The two built the robots, but after one of them, Dolores, becomes conscious, Arnold orders her to kill all the other hosts, and himself, so the park will be shut down before it can open. Ford creates a new narrative for the hosts to follow in the park, but in the finale’s final moments, it’s revealed that this narrative is actually a plan to make the hosts fully conscious, and to violently rebel against the humans. Ford is killed by Dolores, and she in turn begins shooting into a crowd of humans. Also noteworthy is the “Man in Black,” a mysterious guest who’s true identity is revealed in the finale (he’s a guest from thirty years ago who fell in love with, and was betrayed by, Dolores, and then bought the park and spent the rest of his life wandering around it.) Finally, one of the hosts, Maeve, slowly becomes aware of her existence as a robot in the park, and, thanks to the help of two mediocre employees at Westworld, plots her escape, only to decide to stay in the park at the very last minute.

But let’s start by looking at the best parts of this show. “Westworld” was packed to the brim with amazing performances, from the likes of the lesser-known Evan Rachel Wood to the legendary Anthony Hopkins. Wood, playing Dolores, the first Host in the park, was fantastic, portraying both the “innocent farmgirl” archetype, and someone much, much more sinister. Jeffrey Wright brought nuanced melancholy and heartbreak to Bernard (and one of the park’s creators, Arnold), making his journey and character arc the best in the show. James Marsden was severely underutilized as Teddy, a host who consistently found himself suffering painful deaths. Ed Harris was similarly misused, with his mysterious character (known as the “Man in Black”) never doing much more than scowling throughout every scene he was in. Thandie Newton is outstanding as Maeve, charisma and terrifying strength. Hopkins playing Robert Ford as one of the park’s mysterious creators, undoubtedly gave the best performance in the show, even if much of his material boiled down to vague, cryptic monologues rather than anything substantive.

But the story was mostly a drag. The show tried to keep everything mysterious to the point where they gave little reason to actually care about anything going on in the story. Character’s backstories and motivations were used as late-season plot twists, and since it was impossible to understand what they wanted, there was little reason to root for any of them to succeed. Tensions were simply flat throughout a great deal of the season because of this. Furthermore, the show had too many plotlines going on at once: it was hard to keep track of all of them, but more importantly, the show’s writers were unable to properly develop and tell all of them.

Still, the Season 1 finale highlighted the show’s strengths, and suggested Season 2 might be able to improve upon the first. There were moments that were emotionally compelling in a way that much of Season 1 wasn’t. Character motivations were mostly revealed, meaning that, going into Season 2, there will likely be a clearer sense of where the show is heading, which should keep the story more consistently engaging. The final philosophical arguments, mostly on consciousness, pain, and the creation of “the self” were fascinating. The Hosts have broken free from their looped narratives, and can now attack the guests, upping the stakes going forward.

Jeffrey Wright, in an interview, said the show’s first season was a prequel to the real story. Like most prequels, the first Season of “Westworld” felt vague but intriguing, not a full story on its own, but containing information necessary to understand the real story. Unfortunately, a prequel is far too vague and lacking in substance to make for a proper, ten-and-a-half hour long television series. Season 1 was a good show, worth watching and thinking about, but it was not “great” by any stretch of the definition. The potential for greatness was there; however, with any luck, the second season of “Westworld” will tell the kind of great story it was built for.

Beyond the multilayered plot and simultaneous timelines, the most striking thing about “Westworld” is the problem of empathy. In many ways, it’s easier to empathize with the robots because they often seem more human than the shows actual humans. They are predictable—for the most part—and they follow a consistent moral code, whereas the park’s human visitors all too often horrify us with their impulsivity and cruelty. Most of all, “Westworld” deliberately and thoroughly makes us examine what it means to be human and what consciousness looks like.

One of the most interesting ways in which “Westworld” has been applied in criticism was by Nathan Heller of The New Yorker, who cites the show in a recent piece about the ethics of inflicting harm upon animals and robots. For Heller, the advent of animal rights and the often consequentialist framework behind them brings robots into the equation. In many ways, which non-humans we abuse depend upon whom we see ourselves in. For instance, animals who are normally deemed as pets in the United States see far more extensive protection than animals we eat when it comes to the pain they suffer from humans. By this same logic, more humanoid robots receive more empathy from humans than those that don’t resemble humans. The case study Heller uses is that of the Pleos, a robot that creates human like noises when struck, where one participant in the experiment chose to remove its batteries to save it the pain.

This logic is taken to the extreme in “Westworld,” where some robotic hosts suffer the full brunt of human abuse, while others, such as the show’s heroine Dolores, receive admiration and protection that few humans would ever get. How and why we choose to empathize with anyone, human or otherwise, is examined under a microscope in “Westworld,” making the show not only culturally relevant, but existentially relevant as well.

The societal implications of “Westworld” may not become apparent until we begin to interact with operating systems and hardware that mirrors our humanity more than Siri and her counterparts do now (or, as Heller puts it, “Traditionally, the serial abuse of Siri or violence toward driverless cars hasn’t stirred up Harambe-like alarm,”). However, the immersive, all encompassing aspect of the show makes it a crucial take on modern life, despite the fact that it depicts a dystopic future landscape. Because of the coordination of each element of the show and the totality of the invented world it depicts, “Westworld” can be considered a Gesamtkunstwerk, or Total Work of Art, in how it synthesizes the arts with its world shaping ambitions. Much like post-French Revolutionary Festivals and the operas of Richard Wagner, “Westworld” strives for an accessible totality that gives the sci-fi series a kind of civic duty. It informs how we view our current society, and given its pioneering nature as a stand alone TV series, it will inform how we view 21st century art for years to come.

Henry Spiro can be reached at hspiro@wesleyan.edu and on Twitter @presgore.