The Knowles Sisters and Protest Music 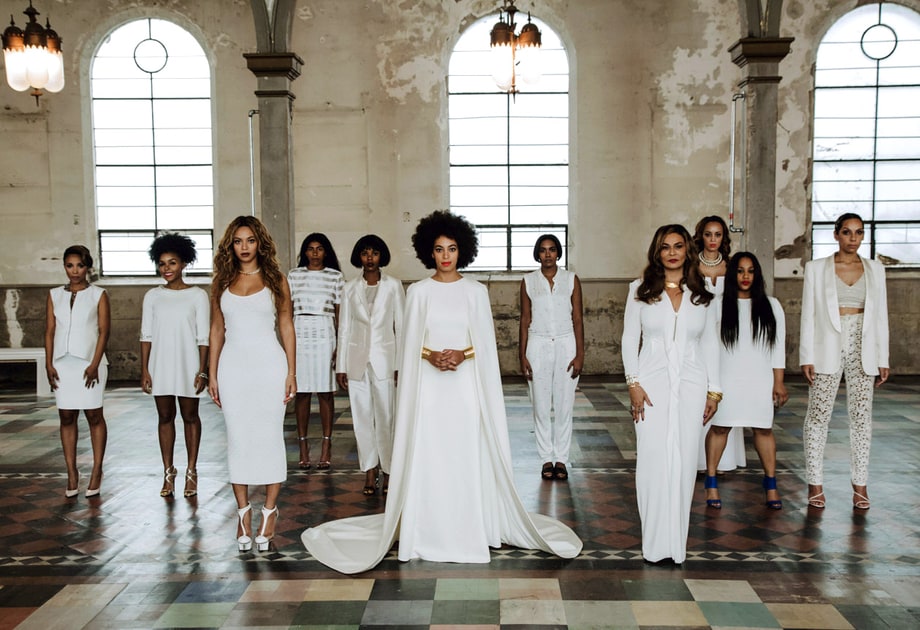 Is it a coincidence that Solange and Beyoncé Knowles are the first siblings since Master P and Silkk da Shocker to both chart number-one albums? Perhaps not, considering Solange’s use of Master P’s vocals throughout her new album, A Seat at the Table. Is it a coincidence that Janet and Michael Jackson are the only other siblings to reach those same heights? Absolutely not, we wager: The power of Black art is the central force driving their success. The Knowles Sisters, though, join a group that neither Master P nor Michael can claim to be a part of, both releasing widely acclaimed, commercially successful odes to Black womanhood in America just six months apart.

Needless to say, both albums are sonically and conceptually stellar portrayals of their leading women. From the lemons to lemonade adage that provides inspiration for Beyoncé’s album title to Solange’s comparison of the fears that hang over her with “Cranes in the Sky,” both albums succeed in their intricate emotional and lyrical depths. Yet what keeps us coming back to A Seat at the Table is exactly what might keep others going back to Lemonade. A Seat at the Table feels like an intensely personal testament given by Solange for Solange, while Lemonade is the work of many incredibly gifted artists, lyricists, and publicists, converging to form a symbolic portrayal of Black womanhood at large. Perhaps no songs can exemplify the individual and collective efforts of the albums than their biggest hits, “Cranes in the Sky” and “Formation.”

In “Cranes in the Sky,” we have a song written by Solange eight years ago, at the age of 22. Arranged by longtime collaborator Raphael Saadiq, the song explores the divergent routes Solange takes to try to escape a nameless pain and dissonance. Recounting her attempts to evade her feelings, Solange laments: “I tried to change it with my hair,” “I tried to work it away,” “I traveled 70 states, thought moving round make me feel better.” Yet, in the chorus, Solange resolves to find peace within herself, and no longer sees these metal clouds hanging over her. From Master P’s intro, we can understand the universal lesson “Cranes” offers, that one must learn to find glory inside oneself. Yet from Solange’s strange, specific metaphor and cutting lyrics, we get a glimpse of what her personal struggle is like as a famous Black woman in a racist and sexist society.

With “Formation,” we see a very different intention. Written by Swae Lee (one half of Rae Sremmurd), two unknown songwriters, and Beyoncé, and produced by hit DJ Mike-Will-Made-It, the song’s credits suggest the huge pop-rap crossover we have. Surprise-released last February, the song dropped alongside new merchandise on Beyoncé’s website and Bey’s unexpected performance at the Super Bowl. Already, one can see the expert calculation and media craft that go along with the bounce-influenced track. Yet with a music video depicting the influence of the police state in America, and lines like, “When he fuck me good, I take his ass to Red Lobster, cause I slay,” and “I just might be a Black Bill Gates in the making,” the track becomes an unmatched display of female power and extravagance, a club-ready track placing Black women in a role usually held by Black men (like Swae Lee). Thus, Formation works as a universal, curated political critique, blending popular trap influence and braggadocio with a message of Black and female empowerment. The song doesn’t concern itself with how Beyoncé has been specifically marginalized or hurt, but how she reacts, how she stunts, how she slays.

To place either Solange’s memoir of pain or Beyoncé’s testament to strength above the other would be to deny how they compliment each other. While one can reflect on Solange’s individual journey through undefinable pain, another might find strength in Beyoncé’s Black feminist manifesto. In both of the Knowles’ sisters albums, we see poignant meditations on Black womanhood in America, and although they approach these topics in distinct ways, both conclude with confidence and vibrancy, lining up in formation and asserting, like Master P, that they are “the chosen ones.”

Though it has been months since these albums’ release, they take on new meaning in a time when changes in the political realm give rise to new pain, fear, and anger for the historically marginalized. As both Knowles sisters show us, music can make pointed political statements. The question, then, becomes one of how they can be used to respond to the painful politics of today.

If we think of music as therapy, a tool for healing wounds inflicted by the “ways of the world” Solange warns us of in the aptly titled “Weary,” then the power of both Lemonade and A Seat at the Table grows.

The resounding and unapologetic nature of their work as Black women’s art serves as personal and universal validation. With “Mad,” Solange reminds herself that she’s “got a lot to be mad about” in spite of questions from outsiders about the value of her anger. Similarly, affirming frowned-upon emotion is a recurring theme throughout Lemonade. With lines such as “what’s worse, looking jealous or crazy?” and “I’m not too perfect to ever feel this worthless,” Beyoncé lays weakness bare. By putting vulnerability at the forefront of their music, the Knowles sisters use it for their own empowerment.

Both Lemonade and A Seat at the Table are made by Black women for Black women; though they are personal at their core, they contain writ large messages of collectivism. Knowing this, we can say that the Knowles sisters’ albums are made not only with their own empowerment in mind, but that of Black women everywhere. In times of crisis and emotional upheaval, their music can provide solace, affirmation, and inspiration.

These albums and others like them are emblematic of protest art at its best. They are comforting and emboldening in a way that is unique to Black women, which is to say that they are not written for us (the writers), for we are neither Black nor women. At the same time, their songs include demands that we and other listeners are meant to heed. Among them are: Stop invalidating Black women’s feelings, stop exoticizing Black women’s hair, recognize the Black woman’s power and plight, and quite literally, listen to her. And listen we will.

The Knowles sisters teach us something else, too. They show us that popular art can cater to the artist’s identity and even demand something of everyone else without losing mass appeal. Lemonade on its own might have been an anomaly given Beyoncé’s ubiquity, but A Seat at the Table proves otherwise. Together, they show us that in every community, for all artists and listeners historically oppressed, music can heal in trying times like ours.