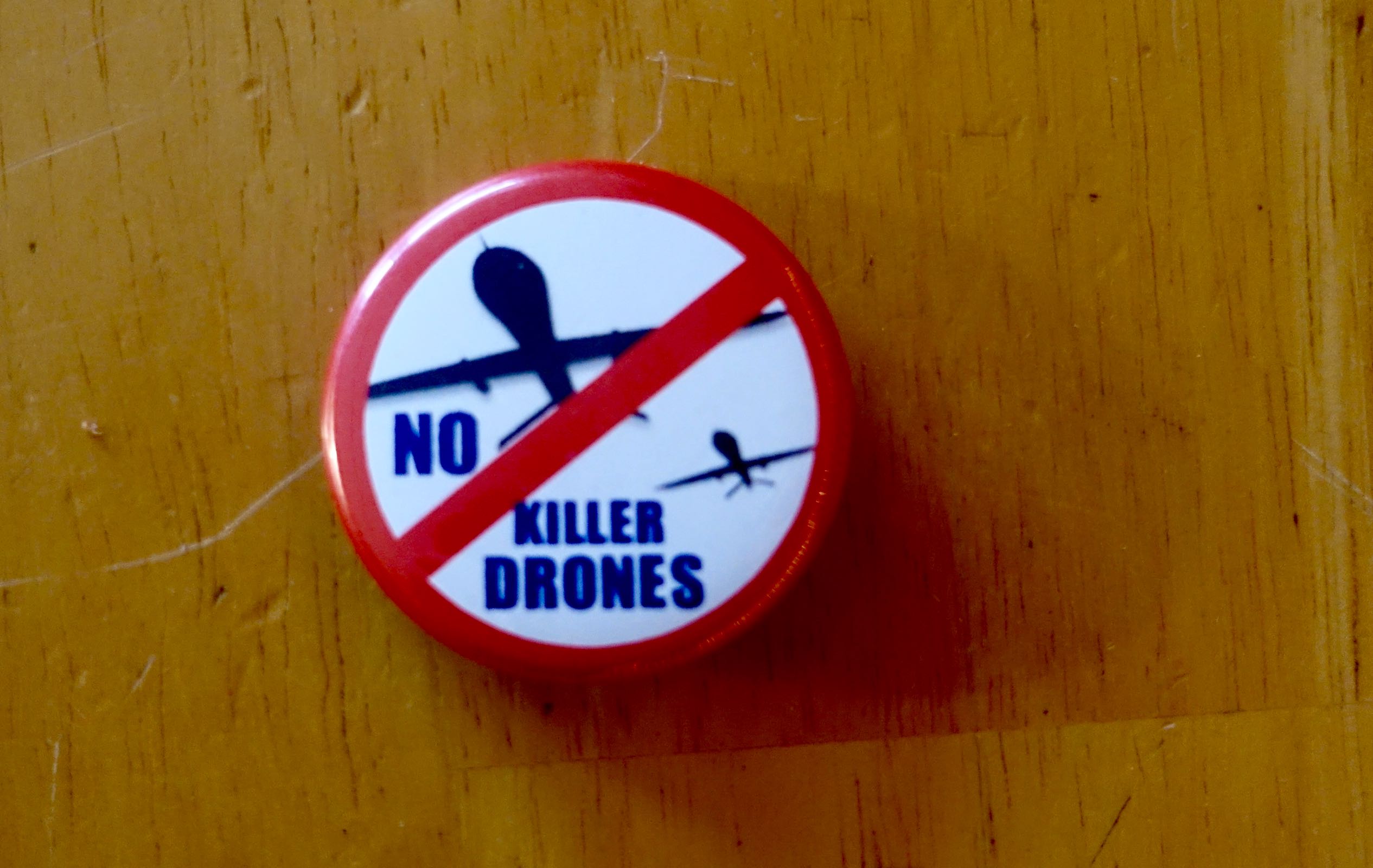 “Sometimes you have to take a life to save even more lives,” said President Obama’s CIA Director John Brennan in an interview with The Nation on the United States’ drone strike program.

These sentiments have often been the crux of a White House rhetoric that has consistently downplayed the extensiveness of what has become a massive killer and surveillance Unmanned Aerial Vehicle (UAV) program in the United States. After 9/11, back in 2001, Congress authorized war on Al Qaeda, which provided more or less an international green light in terms of UAV jurisdiction in countries that contain militants associated with the group, bringing these unmanned vehicles into uncharted and unconventional battlefields. Since 2014, more or less the same UAV policy goes for ISIS militants, though the United States has yet to officially declare war on this group to date. This new tactic of warfare continues to be a gray area. Though the U.S.’s drone operation began before President Bush and expanded under his presidency, President Obama has deployed drones 10 times as often as his presidential predecessor.

“With no breakdown by year or country, let alone a detailed strike-by-strike account, the Obama administration’s new data was difficult to assess,” reads a piece in The New York Times on an official report issued in December 2015.

Though official numbers have been minimal from the federal government, the U.S.’s current drone force numbers over an estimated 7,000 vehicles ranging in size and functionality.

The Pentagon spends an estimated $2.9 billion maintaining the program, which has operated in (as far as has been officially released) Pakistan, Yemen, Iraq, Somalia, Libya, Syria, and Afghanistan. Though the administration has provided estimated death tolls, many news sources believe these numbers to be misleading, if not wholly inaccurate.

In Pakistan, for example, the Bureau of Investigative Journalism guesstimates that civilian casualties number anywhere from 11 percent to nearly 38 percent of all 424 drone strikes that have occurred since 2004. This article’s more skeptical readers might respond right off the bat with a, “Well, the Long War Journal reports casualty projections much lower than these percentages.” The fact that not only the number of people who have died, but the number of strikes that have actually occurred—The Long War Journal lists the number of strikes lower than the Bureau’s at 392 in Pakistan—is up for debate should be cause for great concern. Federal officials, however, continue to defend the program despite leaving the public in the dark.

While a part of me wants to believe in Hayden’s reassurance of acquiring powerful intelligence, or an unbridled sense of necessity guiding the minds and hands of people triggering bombs half the world away, I fear the vagueness in phrases like these uttered by the likes of him and CIA Director John Brennan. How can we trust such rationales with such a blatant lack of transparency?

I’ve begun to view the U.S.’s usage of drones as symptomatic of an issue that has often plagued American politics. Whether it be the continued attempted erasure of indigenous peoples in North America, government surveillance operations, or the use of a due-process-ignoring no-fly list, these methods scream human rights violations and civil liberty infringements for citizens around this country. I see our reliance on these killer drones as yet another maneuver around consent politics. Stemming from a fear of putting “boots on the ground” (a dehumanizing expression attributed to Bush) in places we shouldn’t be, we’ve begun to rely on these unseen killers as a loophole. We can shrug our shoulders at untold numbers of civilian casualties and be grateful (or cross our fingers out of hope) that at least it’s not a U.S. citizen.

And that’s not even always the case. Back in 2011, the Guardian reported that the United States, in an incredibly controversial decision, assassinated Anwar al-Awlaki, who was believed to be the operational leader of Al Qaeda on the Arabian Peninsula. I’m not saying that he looked like a great guy on paper, and the U.S. might have had every right to be worrisome. Regardless of their intention, the fact remains that the government outright murdered a U.S. citizen abroad without allowing him to undergo a trial.

“It’s difficult to see how any killings carried out in 2012 can be justified as in response to [events] in 2001,” he said. “Some states seem to want to invent new laws to justify new practices. The targeting is often operated by intelligence agencies which fall outside the scope of accountability. The term ‘targeted killing’ is wrong because it suggests little violence has occurred. The collateral damage may be less than aerial bombardment, but because they eliminate the risk to soldiers they can be used more often.”

With all this in mind, in terms of the potential for a future policy shift, the dust has settled and the nation now faces a new administration.

“I would bomb the shit out of ’em,” Trump said of ISIS militants during his 2016 campaign.

President-elect Trump says he’d also target the families of ISIS militants. While at least the Obama administration speaks of civilian casualties as some sort of price of war (whether justifiable or not is another story), Trump has advocated on behalf of civilian death as intention. The aggressive rhetoric of his campaign should not be cause for a sigh of a relief by any means.

It’s also crucial to note that I am by no means saying that I might have been confident in a Clinton administration ending this murderous strategy of smokescreen foreign intervention. Just look at the role she played in the 2009 coup d’etat in Honduras, an act she’s referred to as the cornerstone of her time as Secretary of State.

President Obama has signaled no clear intentions of slowing the U.S.’s aerial drone program, and widespread uncertainty remains in the concrete policies of our incoming President-elect. In this moment of transition, we must begin to hold our leaders accountable for not only underreported, state-sanctioned violence like that of drone strikes, but also in other dominating structures like that of police brutality and growing intrusive government surveillance operations. Whether this means organizing for actual progressive down-ballot races (no more of this “Progressive who likes to get things done” talk) around the bend in 2018, or joining activist groups geared toward military reform, we cannot sit by as organizations like the Bureau of Investigative Journalism continue to ballpark civilian body counts in undeclared wars we never knew we were waging. Regardless of where you fall on the political spectrum, we must put an end to this blatant lack of transparency.

Teran is a member of the class of 2018. He can be reached at eteran@wesleyan.edu and on Twitter @ETeranosaurus.