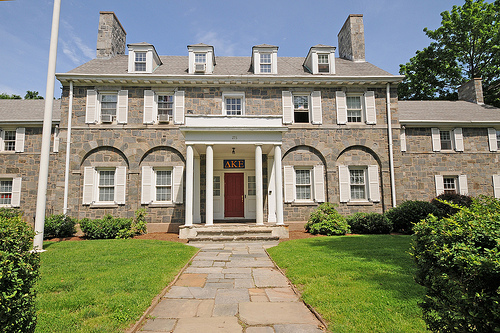 This story is developing and will be updated as more information becomes available.

On Nov. 14, the University motioned for a dismissal of a case filed by Kent Literary Club (KLC), the Gamma Phi chapter of DKE, and Jordan Jancze ’18 in which the plaintiffs attest that the termination of DKE’s program housing status for the 2015-16 academic year was unjust. In the case presided over by the Middlesex Judicial District Courthouse in Middletown, the defendants included University President Michael Roth and Vice President for Student Affairs Mike Whaley, who cited that claims made by the plaintiffs were lacking in factual evidence. According to the court docket, the plaintiffs formally accused the University of violating Connecticut’s Unfair Trade Practices Act, promissory estoppel, negligent misrepresentation, and wrongful interference with business expectancies.

The case was filed in the aftermath of a September 2014 University mandate requiring all on-campus fraternities to co-educate within three years. The University also called for the presentation of clear-cut plans for how co-education would be achieved by each fraternity. The University holds, however, that the brothers of DKE did not provide adequate plans for the eventual inclusion of women into the organization, and instead launched a plan to actively resist efforts to co-educate.

Members of KLC, the alumni organization that privately owns the DKE house, were found to be complicit in the endeavor, including President Gary Breitbord, Treasurer David Bagatelle, and Spokesman Scott Karsten. They also contributed to financial efforts to reverse the co-education policy, which involved issuing press releases and maintaining the Cardinal Truths campaign with the goal of “resisting and abolishing co-education.”

In an email sent to Whaley by Karsten on Dec. 22, 2014, he expressed his disapproval of the mandate, writing that it has no chance of succeeding long-term.

“One of our greatest concerns though, quite frankly, is that this edict is deliberately designed to fail—or at least is so ill-thought out that failure is inevitable,” Karsten wrote.

The docket also states that “rather than engage Wesleyan to develop a plan, Plaintiffs initially protested policy by, among other things, forming a working group of KLC members responsible for directing the campaign against co-education.” In addition, it maintains that, according to email exchanges between DKE brothers, the plaintiffs had no real intention of submitting to the call for co-education and instead sought to prolong legal proceedings with the University.

However, after meeting with Whaley on Nov. 14, the brothers agreed to co-educate the DKE House, if not the society itself. The fraternity missed its Dec. 16 deadline to submit its plan, and in January, the plaintiffs emailed Wesleyan a “draft plan” stating that, despite its submission, the University had “no authority whatsoever to mandate co-habitation on our private property, or to otherwise dictate the use, conditions, residents, and circumstances of our operation of [DKE House].”

The plan laid out in the submitted draft included having a “self-governing women’s group” that would operate independently while residing in DKE House, and live physically separately, including “separate locked entrances and exits…from each of the male and female living facilities.” Whaley negotiated with the fraternity, and eventually DKE stated an intention to partner with Rho Ep and provide members of Rho Ep six beds in DKE House. The brothers, however, made a final statement: “We cannot commit, at this point in time, to ‘fully coeducate [DKE House] within three years.’” In response, the administration suspended DKE’s Program Housing status for the 2015-16 academic year.

Later, KLC members admitted that they had opposed Wesleyan’s co-education policy and rejected the criteria for program housing. The defendants affirm that they had acted consistently with the housing contract, which requires all undergraduate students to live on campus throughout their undergraduate career. The motion also asserts that the University never told undergraduates that they would be allowed to live in DKE House.

On Nov. 17, the plaintiffs motioned for a 30-day extension to respond to the defendants’ summary judgment. Given the ongoing nature of the case, the administration has chosen to refrain from commenting extensively on the matter.

“The University has a long-standing policy of not commenting on open litigation,” an administrative representative wrote in an email to The Argus. “It believes strongly in its position as expressed in the Motion for Summary Judgement and it expects ultimately to prevail in this litigation. Of course, we cannot predict what the Plaintiffs might do in the future.”