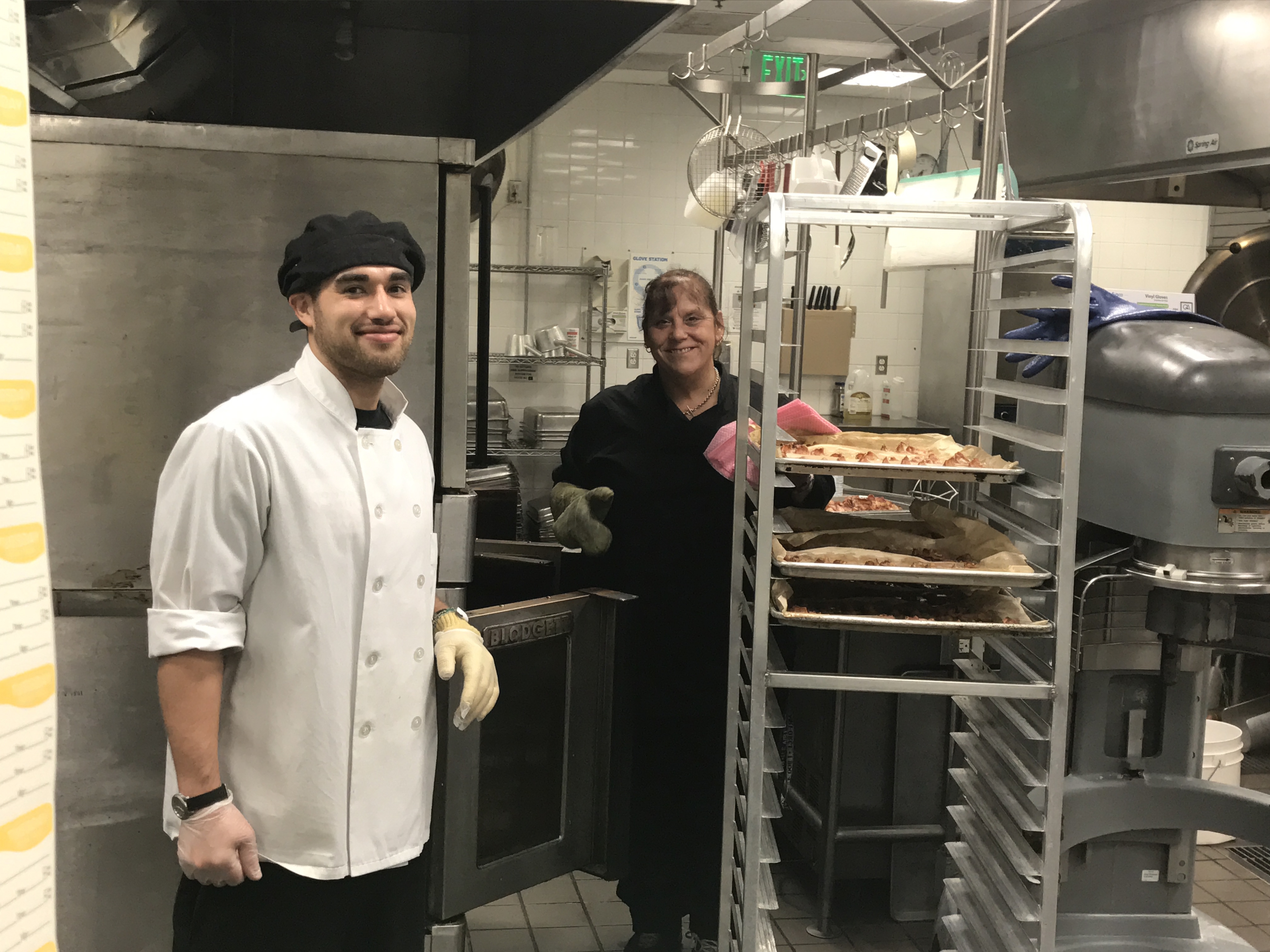 Food workers on campus are preparing for a tough battle as contract negotiations with Bon Appétit are set to begin in the next year, and the stakes couldn’t be higher. With several other Connecticut state universities entering negotiations, a pattern is emerging that has begun to concern Wesleyan food staff, especially stewards to the Local 217 Union that represents all food service staff on campus and across Connecticut. The main concerns surround sixth- and seventh-day overtime pay, along with the cost of healthcare, which is currently included in the full-time benefits package for Bon Appétit workers at Wesleyan.

“If they were to cut sixth- and seventh-day overtime pay, I would lose around half of my annual income,” said Ted Briggs, a steward to the union who has worked at Wesleyan for seven years, and is the sole provider for his family. “In turn, I would probably lose my house that I just bought.”

Food service workers often go unnoticed at schools where students take their meals for granted, but part of that has begun to change at schools like Harvard University. In Cambridge, food service workers went on strike for nearly three weeks this fall, resulting in Harvard guaranteeing them at least $35,000 a year in salary and full coverage of copayments in healthcare, according to The Harvard Crimson.

“That group at Harvard is a hell of a fighter,” said Jennifer Griswold, who has been working on campus for over 24 years. “At Wesleyan, we have the best contract for food service workers in the state of Connecticut. We want to keep it that way, but we also want to make it so that our sister contracts at other schools can be better off, too, because they’re struggling.”

Briggs echoed this sentiment, citing how Bon Appétit has tried to leverage the superior working conditions at Wesleyan. For him, the parent company’s approach to the wellbeing of its employees is emblematic of larger structural problems with the U.S. economy.

“The management company has been using against us the fact that, because we have such better benefits than a lot of the other cafeteria workers, they say, ‘Well, why are we paying you this when everybody else gets less?’” Briggs said. “They’re trying to get away from the fact that everybody should be lifted up to the point where we’re at, and not knock us back down to where everybody else is.”

Briggs went on to cite wages not being tied to inflation, and, more importantly, the exploitation of part-time labor by large corporations. A more recent phenomenon, especially after the passage of the Affordable Care Act—also known as Obamacare—is that many employers push part-time workers right up to the limit of the hours necessary to receive full-time benefits, which saves them money while stretching the labor force thin.

“Right now I’m working 19 hours a week, and I need 20 to get healthcare,” said Charlene Dechaine, who has worked at late-night dining for the past eight years. “Working part-time, you never know if you’re gonna get hurt or sick. Let’s say I’m driving a car one day, and someone hits me. I have no [health] insurance, so I’m going to be paying off a hospital bill for the rest of my life. You need health insurance to survive.”

When asked about issues like this facing their employees, Bon Appétit Communications Director Bonnie Azab Powell declined to comment, citing a corporate policy preventing her from discussing ongoing contract negotiations, despite the fact that Wesleyan’s negotiations have not yet started.

Going forward, both Griswold and Briggs hope that students will get involved to support Wesleyan’s food service workers. After a de facto hiatus, groups like USLAC (United Student-Labor Action Coalition) have been gearing up to help Bon Appétit workers with their impending negotiations. For Griswold, the relationship between students and those who serve them remains strong, and that pact is something she takes seriously.

“I think we do a good job for the most part,” Griswold said. “We take pride in serving all of you. I feel like your mother away from home most of the time, so I think we at least deserve to keep what we have.”

Briggs agreed, adding that the outcome will have a major impact on him and his family.

“I have three kids and a wife, and two of my kids are under three years old, so my wife stays at home with them, so I’m the sole income for my house,” Briggs said. “One of my kids has health problems, and their baby formula is $1,000 a month. I wouldn’t be able to afford a mortgage on my house, much less food and clothing if I didn’t have health insurance from my full-time benefits.”

Bon Appétit’s contract negotiations are set to begin in 2017, and in the new year, stewards like Briggs and Griswold will continue organizing to fight for the quality of life they deserve for their work.