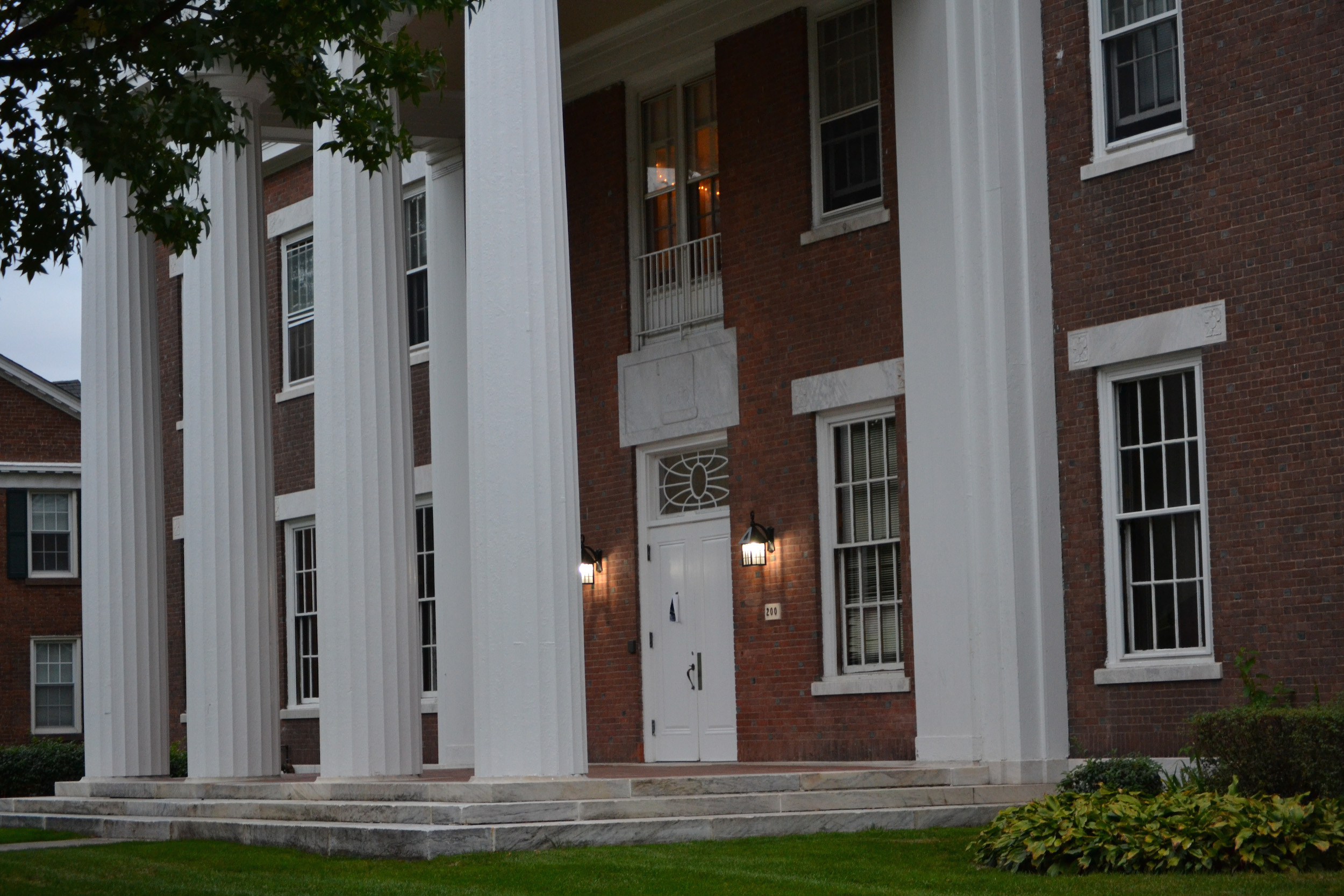 The University has issued a decision that bans the use of a stage at events in Psi Upsilon (Psi U), Alpha Delta Phi (Alpha Delt), and Music House until further notice.

Michelle Myers-Brown, Director of Usdan Administration and Operations, talked about the process that led to the ban.

“A meeting was held to review what impact adding staging to any event had on the [Connecticut Fire Safety Code] for capacities,” Myers-Brown wrote in an email to The Argus. “During that meeting it was brought to our attention that several locations, Music House, Psi U and Alpha Delta Phi, have the largest programming spaces and therefore have the biggest concerts with staging and large capacities. We also reviewed the impact of these types of events on the actual structure; there have already been several instances of structural concerns in smaller spaces with smaller crowds.”

After the meeting, it was determined that concerts can continue in all locations, but staging will not be allowed in smaller spaces.

“Until we can get the updated structural rating/inspections, we determined that the best way to continue to host concerts in these spaces was to allow events but with no staging,” Myers-Brown wrote.

Brian Nangle, an Area Coordinator for the Office of Residential Life (ResLife), discussed the safety concerns of stages because of past incidents.

“Due to several floors having collapsed within the past few years, we are very concerned for student safety and want to ensure this doesn’t happen again,” Nangle wrote in an email to The Argus. “As many of our Program Houses are on the smaller side, staging adds a great deal more weight, and [because] these houses were never constructed to be concert venues, it was determined to not allow staging in the majority of program houses.”

Nangle also mentioned an alternative to the ban would be to significantly reduce overall capacities of the houses.

Myers-Brown said that stages are still allowed at other locations on campus, including Malcolm X House and WestCo Cafe.

“Malcolm X and WestCo have no issues as they are constructed differently and/or are considered basement spaces and therefore it is safe for staging,” Myers-Brown wrote. “Anything in Beckham, Usdan, Chapel and ’92 Theatre are also all set.”

Members of program houses who tried to order stages for their concerts were surprised to find out about the rule, as it was not announced to the student body and was enacted in the middle of a semester.

“This decision came arbitrarily in the middle of the semester with no administrative notice,” said Social Chair of Psi Upsilon Max Friedlich ’17. “We weren’t informed of this until we were told we could not get stages for two shows in the next two weeks.”

Evelysse Vargas ’17, who is heavily involved in bringing performers to come and contribute to the campus’ music culture, was perplexed by the removal of stages.

“I’m not really sure why this conclusion was drawn,” Vargas said. “I know that when I co-hosted the NoName concert [at Malcolm X House] there was concern that there was not enough staging and I think that was remedied just by the space and the kind of music NoName performs. However, when we bring artists through Concert Committee that are bigger names like a NoName or Princess Nokia, it’s important for their safety that stages are present. I myself was worried about NoName and her proximity to Wesleyan students due to staging, especially because a lot of people were excited.”

The new mandate has placed a lot of pressure on these houses that have already scheduled big-name artists to come and play. Students are expected to either reschedule their events if contracts have not been signed – many have – or figure out a safe way to host a concert without a stage.

“It is extremely difficult to bring off-campus artists without stages,” Friedlich said. “A lot of artists require a stage in their rider or contract, and also there is a major safety issue with not having a barrier between performer and audience.”

As a result of the ban, Alpha Delta Pi hosted a concert in their space without a stage on Oct. 29. Those at the event said that it was still well-attended, though it was hard to see the performers.

In order for ResLife to approve the staging, there are now extra safety precautions to which performance spaces must adhere, including an updated report from engineers factoring in staging, capacities, and the type of the event. City inspectors are going to work with Physical Plant, which may cost thousands of dollars.

“Occupancy inspections do not take into consideration the actual use in those spaces; structural rating of the floors when staging and dancing is occurring must also be factored in; that rating must come from a structural engineer,” Myers-Brown wrote.

Alpha Delta Phi and Psi Upsilon, properties that are not University-controlled, will be expected to provide their own report.

Myers-Brown hopes that updated structural ratings and inspections will be done quickly.

“Once the engineers can take a look and, if necessary, repairs are made, we can get the required documentation that the spaces are safe for our students to have the events with staging,” Myers-Brown wrote. “We hope that this will occur fairly quickly so we can return to the regular process.”

Vargas spoke to the lack of student input in making this decision.

“I think this decision had to have been made without input from students who book concerts because we would have spoken up,” she said. “There are safety concerns that staging poses to these artists that we book, and also just for us as students trying to ensure the artists are taken care of.”

Understanding that the stage plays an integral role in the success of a concert, some members of the community have noted that University should expect a big shift in social life.

“It would affect the music scene, in that there would be no more music scene,” Friedlich said. “The administration will effectively be paying those artists not to perform unless something is done about it.”

Nangle also acknowledged the impact that the ban could have on student social life, but emphasized the importance of student safety.

“We realize that Music House, Psi U, and Alpha Delt are all great venues,” Nangle wrote, “but they cannot have staging until engineers conduct structural inspections, ensuring the safety of those spaces.”