Give in to Bewilderment: Fall Break Viewing Suggestions 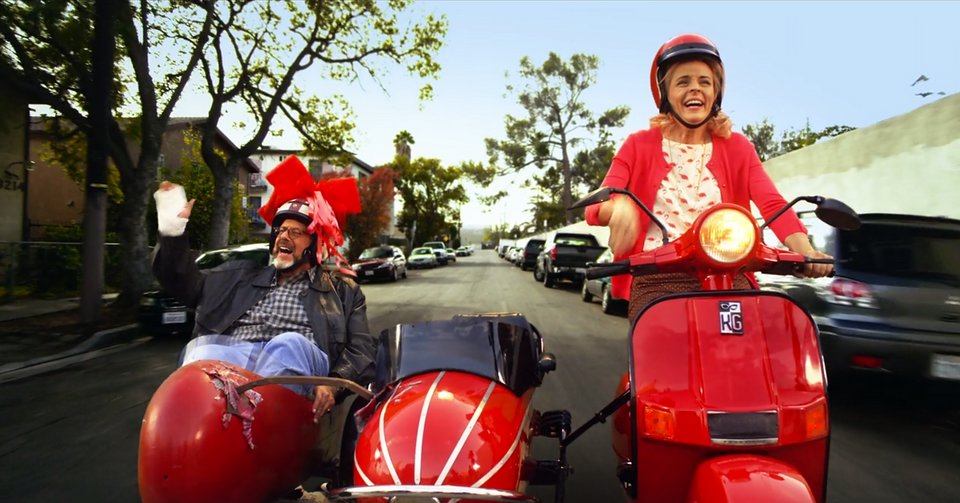 With so little time, so much to see, and so much gratuitous politicized content engulfing the many screens of our lives as the pending—foreboding—election dawns on the American public, why not let other sources of true-blue bewilderment into your life? As the late great André Bazin never once pondered, “Have you gotten the chance to binge watch ‘Lady Dynamite’ and ‘The Eric André Show’ yet?”

Netflix’s “Lady Dynamite” is, in short, a meta, surrealist masterpiece. Maria Bamford, playing herself, and Fred Melamed, playing Bamford’s incompetent acting agent Bruce Ben-Bachrarach, are a 2016 television comedy duo unparalleled (of course, with the exception of Bojack and Princess Carolyn in the third season of the Netflix animated success “Bojack Horseman”). Centered on Bamford’s return to Los Angeles after 6 months under psychiatric care for bipolar disorder, the series employs flashback storytelling threaded throughout the overarching narrative of Bamford’s search for human connection. Along for the ride is Bert, one of Bamford’s pets who also happens to be an anthropomorphized pug voiced by Kyle McColloch who eerily, yet hilariously, sounds like Werner Herzog.

The pilot sets the show’s wacky tone, opening with Bamford imagining herself as the star of a maniacally trippy Latrisse DuVois Hair Products (by Gary) commercial. A woman who presents herself as a crew member on the actual “Lady Dynamite” set jars Bamford from her delusions. Upon realizing her status as the star of “Lady Dynamite,” Bamford talks to her viewers.

“I’m a 45-year-old woman who’s clearly sun damaged,” Bamford says emphatically and directly to the camera. “My skin is getting softer yet my bones are jutting out so I’m half soft, half sharp, and I have a show! What a great late-in-life opportunity!”

With a theme song adopting both visuals and scoring reminiscent of Blaxploitation opening credit sequences, the viewer is presented with a question: Who or what is being exploited? Is it the exploitation of Bamford’s psychological instability, or her life story, or something completely different?

Later in the pilot, Bamford meets with her agent Ben-Bacharach who excitedly asks what she wants out of future gigs; however, Bamford seems overwhelmed.

“I would like to do less,” Bamford says with eyes bulging. “I’m gonna be less ambitious, maybe not ambitious anymore.”

For those unwilling to commit to any semblance of plot, but find themselves in need of a fall break absurdist fix, look no further than Adult Swim’s “The Eric André Show.” Led by Eric André as host and Hannibal Buress as announcer, the pair proves more and more baffling with each ensuing episode. After André’s raunchy parody news coverage of the Republican National Convention, which went viral this past summer, the show has quickly picked up popularity and greatly built upon its devoted fan base.

“Coachella sucks this year,” André jokes with deadpan delivery into the camera as “Eric at the RNC” ends.

Now in its fourth season, “The Eric André Show” takes the guest star-to-host relationship of Zach Galifianakis’ Funny or Die web series “Between Two Ferns” and amplifies the gimmicks and tricks to a bewildering degree. The guests that appear never seem to have any clue what to expect. A mock talk show at heart, from checking guest star Jimmy Kimmel’s hair for lice and touching his head and face with a dirty boom mic, to nearly making guest star Jack McBrayer cry, to having a man dressed as George Clooney break out of the center of André’s desk and speak gibberish toward guest star Wiz Khalifa, these skits are essential for those wanting to shut out the outside world and all that they hold dear.

By all means, spend your fall break refreshing FiveThirtyEight’s or the Wall Street Journal’s 2016 presidential election forecasts, bloodshot-eyeing your preferred candidate’s chances, or you can take upon yourself the equally absurd task of watching one or both of these ridiculous and mind-numbingly fantastic series. While it is tempting to succumb to the instant hollow pleasure of hoovering down polling data, I implore you to take the plunge and give these shows your due diligence. The choice is yours, but let me leave you with some parting words of wisdom: legalize ranch!

Have a great break.