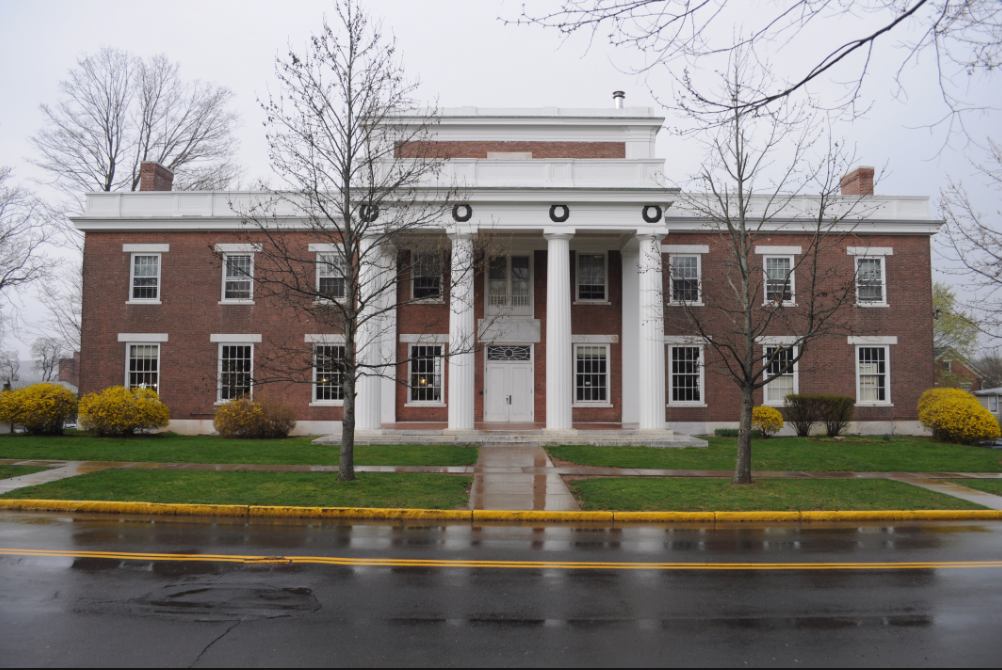 Long known as the hub of the University’s counterculture and avant-garde music scene, the Eclectic Society is trying to find its footing after losing its program housing status last year. In the aftermath of several devastating allegations, including hazing, a racist pledge form, and the enabling of rapists, Eclectic’s status on campus and its legacy as a Greek institution are uncertain.

In the wake of these accusations, Eclectic has made drastic changes to its mission statement, its chapter bylaws, and its goals as a University community. Eclectic’s revised mission statement states:

“Eclectic is a consensus-based collective of artistically, creatively, and passionately-driven individuals. We serve as a campus hub of cultural expansion by organizing and hosting concerts, art shows, and other events to promote creative and intellectual enrichment. We aim to provide a collaborative environment, which catalyzes and sustains a vibrant intellectual, experimental, and affectionate atmosphere for self-growth, artistic creation, and community. We believe in the importance of curiosity, humor, sexual liberation, subversion, and social justice. We value individuals who are open to being challenged in a constructive and positive manner in order to expand their worldview.”

Additionally, Eclectic’s new leadership has invoked structural changes to the society such as a zero-tolerance policy toward sexual assault, the creation of a Social Wellness Chair position, and mandatory Bystander Intervention training for its members, which has been required of all Greek organizations on campus since 2014.

“I don’t know if I would call it a full restructuring,” current Eclectic president Owen Christoph ’18 said. “I’ve been debating whether [Eclectic has] been returning to something it once was…closer to what its mission is.”

Eclectic’s purpose on campus and its interactions with students have long been controversial. After years of rumors surrounding Eclectic’s pledging rituals—including allegations of hazing that Eclectic members repeatedly denied—criticism of the society reached a boiling point in the spring of 2015, when allegations of rape enabling within Eclectic permeated a greater campus discourse on sexual assault.

One of Eclectic’s most vocal critics was Karmenife Paulino ’15, who became one of the University’s most vocal advocates for survivors of sexual assault after she was raped in Psi U at the beginning of her freshman year in 2013. After reporting the assault in 2014, Paulino proposed banning her accused rapist from Eclectic’s house. However, Paulino said she was met with resistance from fellow members, and so she began protesting internally, sticking Post-It notes on members’ doors reading “rape enabler.” Last year, she staged a photo shoot in front of and inside the Eclectic house wearing a dominatrix outfit, accompanied by three males wearing gags and tank tops that read “frat filth.”

The society also came under fire for a racist zine that was distributed as part of an application for new members. The zine featured a hangman game with the letters “N blank blank blank blank R,” along with a Bare Naked Ladies lyric that read “Chickity China, the Chinese Chicken,” according to Christoph.

“The student who wrote it I think has a mixed race identity,” Christoph said. “But…when it’s coming from a society that people consider…to be [mostly white], that just doesn’t come across appropriately.”

Christoph elaborated on how he tried to control the damage in the immediate aftermath of the application’s release.

“Once I saw it that night I tried to take all of the applications away,” he said. “I wasn’t comfortable with people sharing it and people would come up to me and be like, ‘What is this?’ And so I immediately started talking to people and trying not to hand it out. And then after that we had an emergency meeting and out of this whole thing the president ended up stepping down, which doesn’t really happen.”

In addition to the society’s president stepping down, the person who made the zine page was ultimately stripped of their membership.

Last year, The Argus published an open letter from Eclectic to the student body regarding the incident. It stated that while members of the society “have undoubtedly failed in the past,” they intended “to reinvigorate and revive Eclectic as an energetic center of inclusivity, passionate creativity, collaboration, and celebration of individuality.”

Still without a permanent location, the society is trying to follow through on its promise by meeting in different spaces, usually in various members’ houses, according to Vice President Kafilah Muhammad ’18.

“We have our usual Sunday meetings,” Muhammad said. “[We] talk about things we want to do, what our goals are…what you want to create that’ll have a positive output on campus, and spaces that we’re occupying.”

So far this semester, Eclectic has successfully hosted two DJ nights in spaces outside of 200 High Street: a “Lady’s DJ” party (centered on female/non-binary DJs) in the Lawn backyards and a queer-focused event at Open House. This weekend, the society is sponsoring a performance by contemporary artist boychild at the Bessie Schonberg Dance Studio, as well as a “Jenga Tournament” on Home Avenue.

The Office of Residential Life has reacted positively to Eclectic’s attempts to remain on campus but believes the society still has work to do if they want to regain housing according to Brian Nangle, the Area Coordinator who was in charge of Eclectic’s previous house.

“We’ve given them kind of an outline of what they have to do in order to try and get back into program housing,” Nangle said. “Put together a good proposal. And kind of prove that, you know, they’re going to fill the house and not have disciplinary issues….Ultimately, it’s up to the [University Residential Life Committee] who decides who comes back….From what I’ve heard everything looks good on her end. I’m also not the one making the decision.”

Each program house is subject to review by the respective Area Coordinators and must reach at least 16 points out of the possible 21 to become eligible for housing status. If a house does not reach 16 points in two out of three consecutive semesters, their status comes under review and can be suspended, which is how Eclectic ultimately lost their house.

This year, 200 High Street is occupied by Music House, which previously shared a space with Art House at 230 Washington Street. Since moving in, Music House residents have made efforts to distance themselves from the space’s troubled history.

Before a recent concert at 200 High featuring the student band Yer Trash, Music House posted the phone numbers of several of their residents to the event’s Facebook page to reassure attendees.

“There will be Event Staff working this event, but if ANYTHING at ANY point makes you feel UNCOMFORTABLE or UNSAFE, PLEASE reach out to any of the following MuHo residents (anonymously, even) and let us know via text,” read a message posted along with the numbers. “We will all be around tonight and we are HERE FOR YOU. You all deserve to feel safe and welcome here, and we as a house are committed to that.”

If Eclectic manages to impress ResLife by the end of the spring semester, the society may once again occupy 200 High Street next fall. But some members, including Muhammad, don’t see that as the society’s primary focus this year.

“I don’t know how the future will be,” Muhammad said. “I know right now that we’re doing fine without the house….What’s really important is that we’re still able to do things now, because there’s so many of us still here.”

Muhammad then reflected on the society’s progress and how it currently uses campus spaces.

“I feel like Eclectic is definitely changed, in terms of who’s in it,” she added. “And I feel like the people who are in it definitely reflect the values that we have, as a society in general. I feel like our mission is just to create and cultivate spaces where creativity and collaboration can happen [and] that are reflective of things that are happening now. I feel like it’s important in general for a group of people to have a space because they’re able to cultivate culture there…But I also feel like surviving [without a space] is important, because…you have to be able to do things without one, too.”