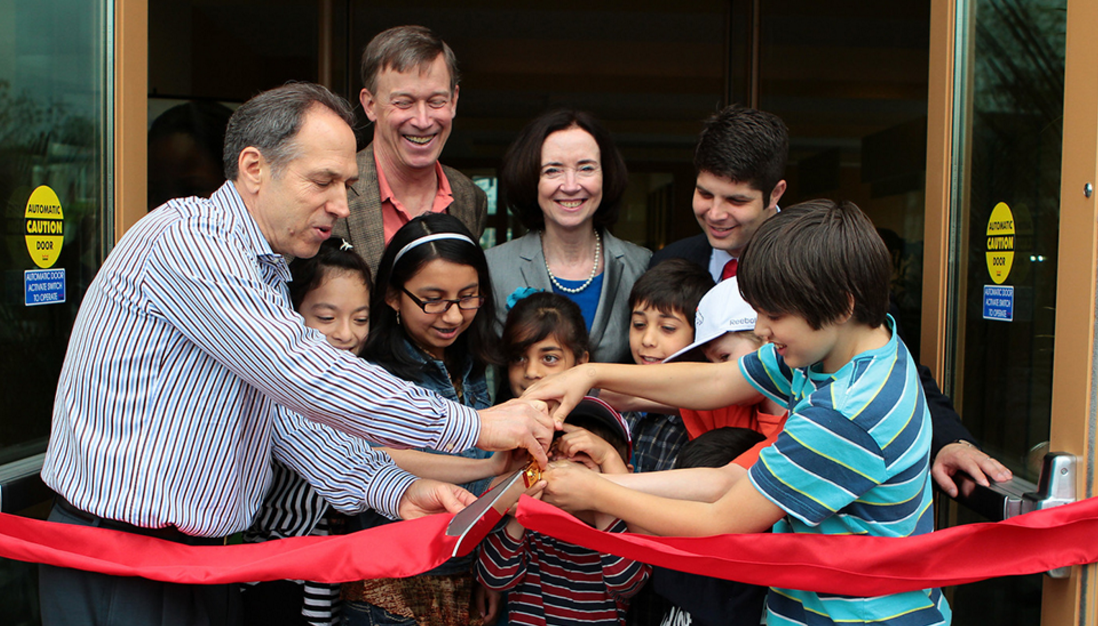 So integral to the Wesleyan and Middletown communities that he is often mistaken to be an alumnus of the University, Mark Masselli (H ’09) has grown the Community Health Center from a startup among friends—such as Governor John Hickenlooper ’74—to one of the largest forces in healthcare nationally and globally.

Before scaling his operation to one of the largest healthcare providers for low-income and uninsured patients, Masselli grew up on campus with his father, who was a chemist at the University. Growing up in the Butterfield era through the increasingly radical ’70s, Masselli has seen the evolution of both the University and Middletown. Sitting in the pristine common area of the top floor of the Community Health Center in Middletown, which has a view of the city so compelling that he calls it “the Upper West Side of Middletown,” Masselli reflected on growing up on campus and how the University’s ethos informs his current work.

“[The ‘Wesleyan days’] are always confusing for people because I never received a degree from Wesleyan,” Masselli said. “I received an honorary doctorate degree [in 2009], but I was doing community organizing at the time.”

That community organizing led Masselli to found the Community Health Center when he was only 19 years old. At the time, the CHC was a startup before the term had become ubiquitous. For Masselli, he firmly believes that despite the center’s current size and scale—serving over 145,000 patients in the state of Connecticut—it still behaves like a startup. Much of what informed this approach came back when he was coming of age on campus during the Open Summer.

“It was May 1 of 1970 when there was a strike on campus protesting the invasion of Cambodia,” he said. “Out of that, there were some people who were doing lots of other things. A good friend, who was supposed to be a grad of ’65, hung out in Middletown, ultimately graduated in ’76. His name is Matt Vinicius—he’s an Alpha Delt guy—and he started Touch in Town. Touch was a drop-in crisis center. I joined Matt, and I started the Community Health Center. And I had a number of Wesleyan friends who were part in parcel of that, John Hickenlooper being one of them, who is the Governor of Colorado, and has become a good friend since then. We were roommates, and so we put together a free clinic back there.”

Integral to the formation of the Community Health Center was the phenomenon of lost youth fleeing to places like San Francisco without any healthcare. Writers like Joan Didion have chronicled the disarray and decay that came with what was ostensibly a liberating experience. Masselli couldn’t help but try to do something after he got word of what was going on in neighborhoods like Haight-Ashbury.

“I had some friends who were working in San Francisco at the Haight-Ashbury Free Clinic, which had become the epicenter of the Free Clinic movement,” he said. “Dr. David Smith was a physician who, after the Summer of Love out in San Francisco, really recognized the need to provide medical care to the 100,000 kids who had migrated to San Francisco, and the subsequent drug use and abuse issues that were going on. Come the summer of 1972, he recognized that there were other people who wanted to set up these clinics.”

This model would later become the foundation of the Community Health Center’s philosophy of providing care to those who can’t afford it, which will be detailed further in Part Two.

As Masselli’s time in Middletown progressed, so too did the look of Main Street and its attraction of Wesleyan students. Whatever students’ varying opinions of Main Street are today, Masselli witnessed a period in which almost no students wanted to venture two blocks down from campus because the downtown had fallen so precipitously from its hay day.

“When I was younger, Main Street was in what some would consider its hay day,” he said. “The friends in the classes of the ’70s and ’80s, and some ’90s, Middletown was like, ‘nothing is happening here.’ Now there are 50 restaurants downtown. You’ve got the pizza and bourbon place across the street. You’ve got Eli Cannon’s. You’ve got some places that are known as incredible places to go, so you’ve got more young entrepreneurs. You’ve got all of these things going on, and I think it’s more vibrant.”

More importantly for Masselli is how Middletown brands itself in the presence of the University.

“We’re a small town on the Connecticut River with a college in it, as opposed to being a small college town on the Connecticut River,” he said. “You see the difference? We’re not Hannover, right? It’s kind of interesting with Wesleyan two blocks off of Main Street. There’s always this separation. Nobody I went to school with growing up ever stepped foot on Wesleyan’s campus, ever—ever! Whereas, this was sort of my playground where I grew up….It’s sort of been the long-term problem. I think Doug Bennet’s done a good job, and I think Michael [Roth]’s done a good job. Prior administrations have seen the town as always looking to the University for a handout, and it’s always been viewed in that way. President Bennet did a nice job of seeing Middletown as finding its own things to be great at. Not that we should be tone deaf, but we should support excellence everywhere.”

Next Tuesday in Part Two, Masselli will outline what makes the Community Health Center a national and global leader in affordable healthcare, and how Wesleyan’s ethos informs that work.