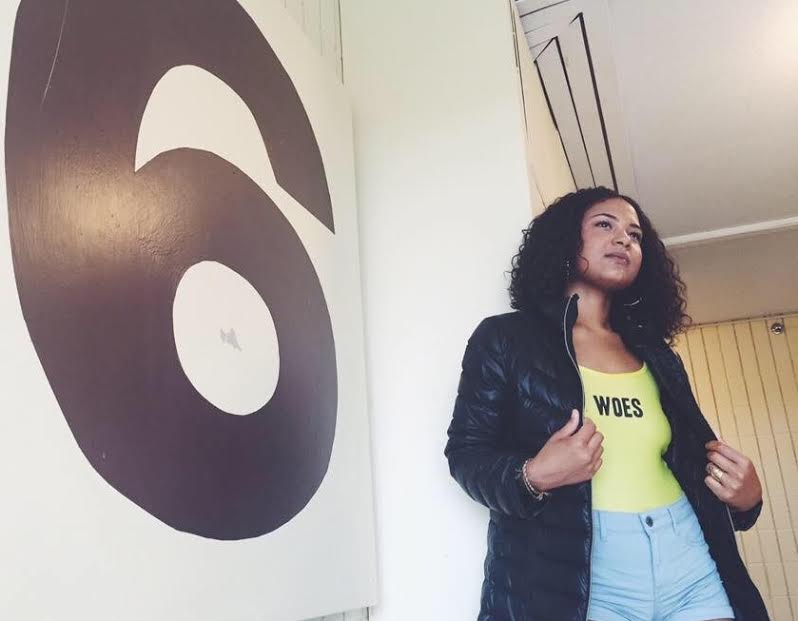 Cheerful, quick-witted, and zesty, Leah Cabrera ’17 is certainly a powerful presence on campus, if only because of her easily recognizable laugh. Now a senior majoring in math and American Studies, Cabrera took a break from her packed schedule to sit down with The Argus to talk about her high school basketball career, her involvement in the Society of Underrepresented Students in STEM, and her love of architecture.

Leah Cabrera: I guess it’s my laugh. I’ve been told I have a very distinct laugh that can be heard from a block away. Also, I think it could be my personality. I love meeting new people; I’m really easy-going, laid back, and I always have a positive outlook on things.

A: Can you explain your Facebook middle name, “The Wall”?

LC: People always ask me this…I hate this! It was from high school, so this is a bit of a throwback. I used to play basketball. I was captain and I played center. There was this joke where people said nothing could pass me, so they called me “The Wall.”

A: What extracurriculars are you part of?

LC: Currently, I chair the Society of Underrepresented Students (SUS) in STEM [Science, Technology, Engineering, Mathematics]. We strive to create a safer space for people of color, lower-income students, [and] women, who have been marginalized and usually tend to not pursue STEM. It’s just a space where we can gather together, allocate resources for different students, [and] create a space where they can connect and understand.

For example, we pair freshmen with seniors so they can guide them through the process, just because a lot of the students naturally come from not-as-elite schools and don’t have the same type of training, versus someone who’s more privileged.

And we meet with people from different faculties. I have relationships with the STEM Department, the Provost, the Dean of Science, and President Roth. We’ll have different events throughout the year, so we have a SUS talk series [where] we’ll have a professor come in and tell us about their resources or what they’re writing or teaching about. We’re trying to have a teach-in about race in STEM. Hopefully that’ll be coming out soon.

A: Why did you choose to major in math and American Studies?

LC: Initially, I wanted to be an engineer. I went to high school for math, science, and engineering, and specifically architecture. I almost went to UMich for engineering. I’m very much about intuition, and I woke up the day before things were due and something told me to go to Wesleyan.

I felt like [Wesleyan] was the best choice for me; that’s where I actually grew and got to hone into what my real interests were. Initially, I just took a lot of math and science classes. I discovered that math and physics wasn’t what I wanted to do, but I still loved math and thought it was very interesting to me. I was good at it.

Then I took an American Studies class, and that just changed my life….I’ve grown so much and learned a lot about my own identity.

A: Where do you see yourself after college?

LC: It’s hard because I want to leverage both of my degrees, but inherently it’s just hard to pursue your passion as a low-income woman of color. Right now, I’m looking at finance. This summer, I interned at Wells Fargo. I did diversity inclusion for their Human Resources, which was an amazing experience where I learned a lot.

So hopefully I’ll do something with Wells Fargo, and I have interviews like that coming up. But I really don’t know. I want to do something with music, maybe architecture. I still think about pursuing architecture as a master’s. But right now, I’m looking at how I can leverage my internship, finance, and my interests in general. But I don’t think anyone ever knows what they want to do.

A: What are your personal hobbies?

LC: I love architecture. I’m trying to find something related to do in the winter so I can see if I want to pursue that. I love to draw, but I’m mostly doing music all of the time. I love playing with it, listening to new tracks, talking to other people about it. So I believe music is my biggest hobby.

A: What is your greatest fear?

LC: I’m a very personal person, and I love people. So whenever I feel alone, it’s just something I don’t like. Not being able to have someone supportive in general like my best friends and stuff like that.

A: Any regrets from your Wesleyan experience so far?

LC: Oh god! Freshman year, y’all! Everyone knows this, but I missed Spring Fling. I got a little too, um….I drank too much water [laughs]. It’s so bad; I have a photo of it, too! So I get reminded every single year.

I mean, I have no regrets. Everything happens for a reason, and you learn from it. You change, and change isn’t easy, nobody said it was easy, so you kind of just move on. That’s how I am. I’m really intuition-based. Whatever happens happens, and you kind of just learn from that and you grow as a person. I don’t think I ever have any regrets.

A: Do you have any practical advice for freshmen?

LC: You’re not alone. Sometimes it can feel a little isolating, especially if you’re a person of color. I saw this freshman girl after my American Studies class. It was a really intense class, but she was crying. I could understand that, because sometimes Wesleyan is a really heavy place, and there’s a lot of stuff that’s happening. Sometimes you feel like you’re forced to just focus on work, but that’s not a reality because you have people back home, other things you’re involved with. There are things that are happening in the world.

I think the biggest piece of advice I can give is, don’t be afraid to ask for help, because you’re not alone. I don’t think there’s anything negative in asking for help. It won’t make you feel any lesser. It’s natural. Everyone needs help.

A: What have you been watching, reading, or listening to in the past month?

LC: Watch “Stranger Things”! I don’t even watch a lot of TV, but that show is really good! There’s been a lot of good albums put out this summer, like Kendrick, Anderson Paak, Young Thug. I spend a lot of my time listening to music and since my housemates rap, they’ll freestyle. We have RAW, which is the Wesleyan Rap Collective. My housemates host the freestyles, and people are welcome to come to that every week!