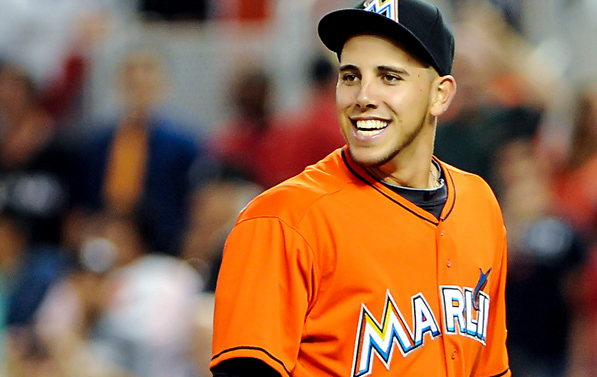 Miami Marlins ace José Fernández, age 24, was killed in a boating accident this Sunday, Sept. 25, along with two other men. Fernández, a Cuban defector who came to the United States at age 15, was one of the game’s brightest young stars. The 2013 National League (NL) Rookie of the Year was known for his charisma and positive energy, injecting life into every circle of Major League Baseball, especially the Miami Marlins organization and fanbase.

Eduardo Rivero, 25, and Emilio Macias, 27, were also killed in the crash. The three men were good friends, who often went boating or fishing together in Miami near the area where the accident occurred. At about 3:30 a.m. on Sunday, local Coast Guard authorities found Fernández’s boat overturned on a jetty of rocks. It is believed that the boat collided with the rocks and the men were killed upon impact.

No alcohol or drugs were found at the scene, and neither is believed to be a factor in the crash, according to the Florida Wildlife Commission. It is also believed that the vehicle was traveling at a significant speed.

The pitcher had extensive experience on the water. He unsuccessfully attempted to defect three times, spending stints in prison for each failed try, before his successful effort in 2008, . During one attempt, his mother was swept off the boat’s deck about 60 feet out to sea by massive waves. Fernández heroically dove in after her and completed the 15-minute swim back to the boat with his mother clinging to his back. His competence in the water is obvious, injecting a note of heartbreaking irony into the circumstances of his death.

Fernández’s dominance on the mound, paired with his exuberant personality, made him an instant fan favorite upon his arrival in the major league. His rookie season was highlighted not just by the NL Rookie of the Year award but also by a third-place finish in NL Cy Young voting, an award given to the top pitcher in the league. In 2014, a strong start to the season was derailed by an arm injury that forced him to undergo Tommy John surgery. He returned in July of 2015 and quickly re-established himself as one of the league’s top pitchers. In 2016, he was named to his second career All-Star team.

Fernández’s career win-loss record stands at 38-17 in 76 starts with a 2.58 ERA. He and outfielder Giancarlo Stanton were largely considered the best players on the Marlins, as well as the faces of the franchise.

“I’m still waiting to wake up from this nightmare,” Stanton said in an Instagram post on Sunday. “I lost my brother today and can’t quite comprehend it. The shock is overwhelming. What he meant to me, our team, the city of Miami, Cuba & everyone else in the world that his enthusiasm/heart has touched can never be replaced.”

The Marlins’ scheduled game on Sunday against the Atlanta Braves was canceled and will not be made up. The team resumed play at home on Monday night against the New York Mets with left-hander Adam Conley starting for Miami. Fernández had been scheduled for Monday, after shutting out the Washington Nationals over eight innings on Wednesday, Sept. 21. Fernández told teammates after the game that he believed it had been his best career start, according to Marlins infielder Martin Prado.

On Monday, Sept. 19, less than a week before his death, Fernández announced via Instagram that his girlfriend Carla Mendoza was pregnant.

“I’m so glad you came into my life. I’m ready for where this journey is gonna take us together #familyfirst,” he wrote.

The caption was accompanied by a photo of a visibly pregnant Mendoza cradling her stomach.

Fernández has already been ceremonially honored by the Miami Marlins, as well as various other organizations. On Monday night, the entire team took the field wearing Fernández’s number 16.

The Miami Dolphins of the NFL observed a moment of silence in honor of Fernández before their tilt on Sunday against the Cleveland Browns. While Miami was the only NFL team to formally pay tribute, many MLB teams joined the Dolphins in this practice on Sunday.

Additionally, fellow Cubans Yasiel Puig and Yeonis Céspedes hung Fernández jerseys in their respective dugouts on Sunday night. Puig, who had become close with Fernández while the pair battled for Rookie of the Year in 2013, tearfully eulogized his friend to ESPN on Sunday.

“He was a very good guy and I also liked the way he played baseball,” Puig said through an interpreter. “The way he treated his mom and his grandma, his teammates and other ballplayers.”