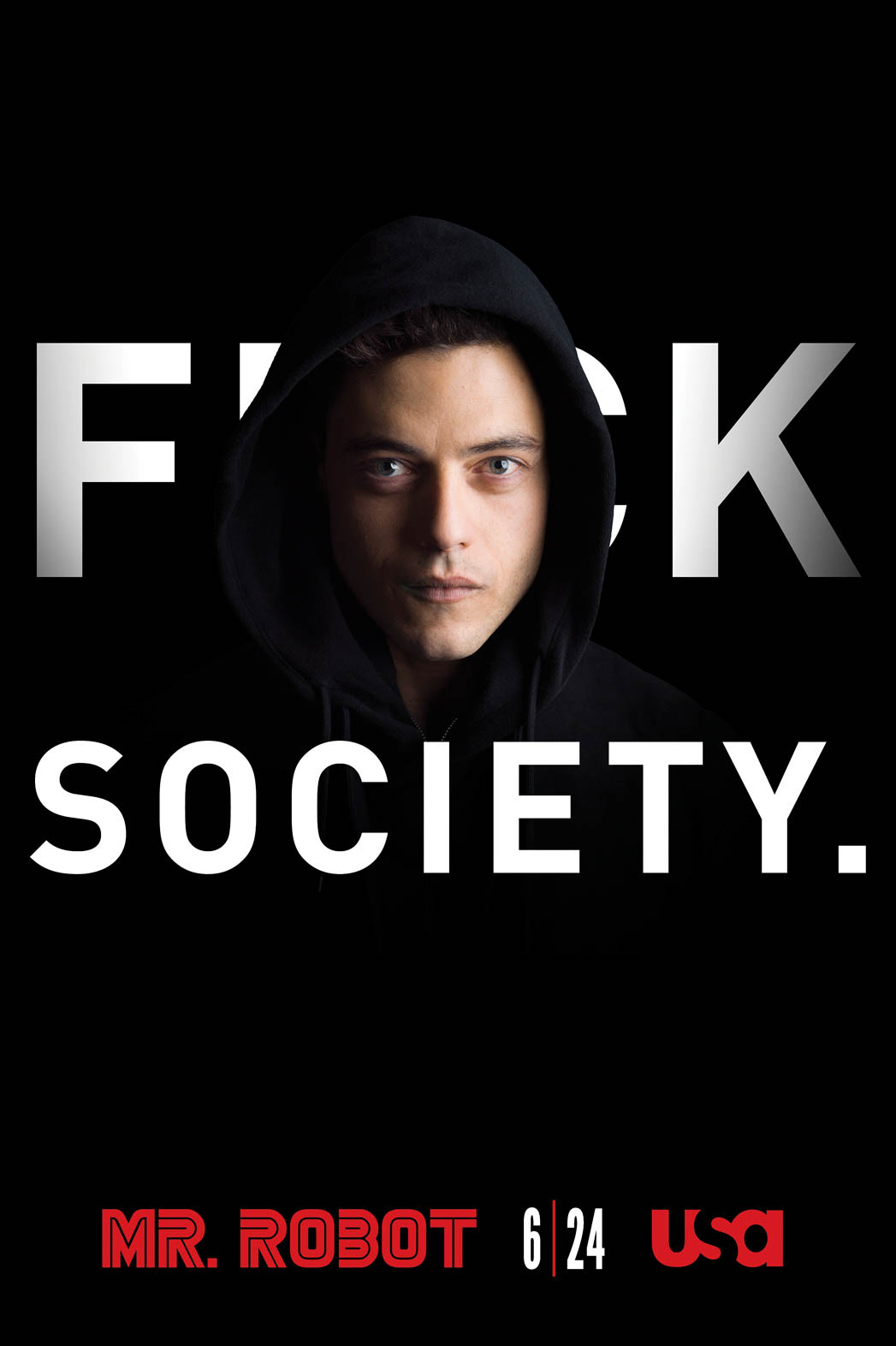 “Mr. Robot”—a show ostensibly about dismantling capitalism through hacking and whose hero is severely psychotic—is brought to you by Hewlett Packard, a friendly reminder at the beginning of each commercial break that even art that seeks to deconstruct and destroy the life it’s imitating nonetheless needs to pay its actors and make money for the network that airs it.

Season 2 of the show wrapped up on Wednesday night, and confusion does not fully encompass what 39-year-old showrunner Sam Esmail did to his audience. The ancient Greeks would say that the finale resulted in aporia, a state of utter confusion about a problem that figures like Socrates frequently deployed in Platonic dialogues, created in an era where the Greek word for spoiler didn’t matter because readers weren’t entitled brats (this is the spoiler warning that you deserve).

Season 1 ended with the biggest hack in the history of the world, where everyone in the world is relieved of their debt, all thanks to the work of a group of hackers and a high-level executive on the inside.

Our protagonist, Eliot Alderson, played by recent Emmy winner Rami Malek, was an IT specialist by day and a hacker by night, until he quit his day job. The mystery man of Season 2 is former E Corp executive Tyrell Wellick (Martin Wallström), who helps Elliot hack his own company—the largest conglomerate in the world—from the inside.

Wellick is the mystery man for the entirety of Season 2. He’s missing, and it’s hinted at that he may in fact be dead.

Yet Elliot is nonetheless just as mysterious, if not more. Battling significant psychosis, Elliot remains at the margin of the narrative for most of the season, finding himself in a mysterious housing project, sticking to what he calls “The Regimen.”

Loosely involving writing in a journal and not taking copious amounts of morphine, Elliot’s regimen does not bring him happiness nor fulfillment. Instead, he begins to go increasingly crazy during his mysterious sabbatical from hacking and his own organization, F Society. In an otherwise confusing and vague series of vignettes, Elliot’s time outside of F Society is largely an effort to keep Mr. Robot out of his already troubled psyche, his imagined father who torments him à la “Fight Club” and “The Sixth Sense,” or so we think. Despite his efforts at self discipline, Elliot is nonetheless overtaken by Mr. Robot as the season progresses.

A standout performance in Elliot’s parallel world is that of Joey BADA$$, who plays Leon, Elliot’s new friend who filibusters their conversations, rambling on about his recently discovered love of “Seinfeld” and issuing banal platitudes that have hidden insight within. Frequently meeting in either a nondescript diner or a basketball court—both feeling like a sort of purgatory—BADA$$’s character drones on while Elliot remains silent.

At the end of Episode 7, we learn that Elliot has been in prison for the entirety of Season 2, and that BADA$$’s character is serving as his Sherpa behind bars, helping him navigate treacherous territory that is dominated by a nefarious Ray Heyworth, remarkably played by none other than Craig Robinson of “Hot Tub Time Machine.” The layered allegories of Elliot’s séjour in prison provide a deeper examination of his psyche and the anguish of his dissociative identity disorder while upending any notion of reality that the show pretends to provide.

Back in New York, F Society runs on fumes while managing to hack the FBI, revealing a wide-ranging invasion of privacy for everyday citizens that results in further social upheaval and a hindrance in The Bureau’s pursuit of F Society and Elliot, who has only been convicted of minor crimes related to his voyeuristic hacking at this point.

The cat and mouse game between the FBI and F Society features impeccable performances from the leading women of “Mr. Robot.” New to this season is Dominique “Dom” DiPierro, played by Grace Gummer—Meryl Streep’s daughter—who delivers perhaps the boldest performance of the season as a Jersey-girl-turned-FBI-agent who is prolific in her work and returns home to nobody, except for a Siri-esque Bluetooth speaker to whom she asks existential questions when she can’t sleep.

Returning from Season 1 are Darlene Alderson, Elliot’s sister (Carly Chaikin), and Angela Moss (Portia Doubleday) who has precipitously climbed the ranks within E Corp. Doubleday has augmented a position similar to Sonya in Dostoevsky’s “Crime and Punishment,” where she serves as a sort of moral compass for the show while magnetically garnering pathos. Chaikin impressed this season by stepping up to the plate in a much more significant role in terms of appearances and lines alone, and her ability to convey firm determination and fragility simultaneously forces viewers to sympathize with what would otherwise be an easily unlikeable character.

Christian Slater remains a scene-stealer in his portrayal of Elliot’s alter ego and hallucinated reincarnation of a father, Mr. Robot. His anger, manipulation, and conviction about the cause of dismantling capitalism and corporate greed make his role as Mr. Robot not only the one by which his career was resurrected, but perhaps the one by which he will be remembered.

Because of the heavy themes and complex performances of “Mr. Robot,” not to mention the convoluted plot, “Mr. Robot” merits at the very least a second viewing for most episodes. The moving parts of the show, coupled with the cultural commentary embedded in its imagery and dialogue, make “Mr. Robot” a quintessential show for anyone who wants to understand the early 21st century, whether now or in 50 years.