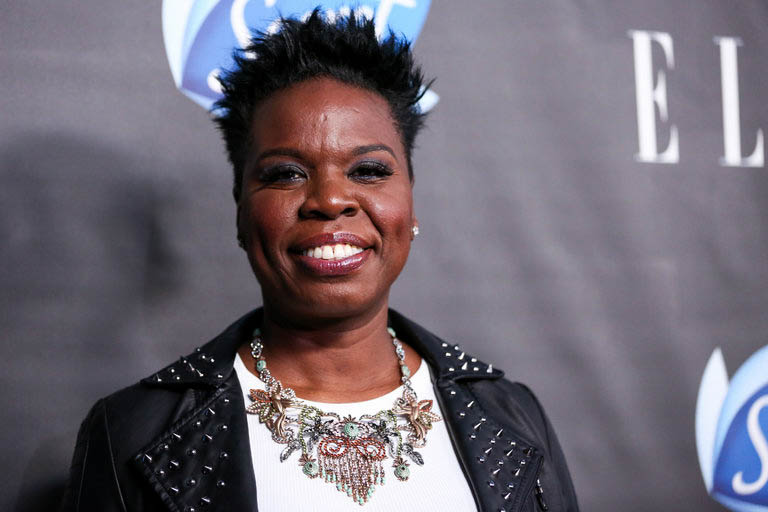 “I don’t know if this is a black thing or a lady thing, but either way I’m mad as hell.”

These words, spoken by actress Leslie Jones in the summer blockbuster “Ghostbusters,” may seem like a throwaway line. In reality, it probably encapsulates Jones’ entire career after landing in the public spotlight with her role on Saturday Night Live (SNL), and, later, her part in the controversial sci-fi reboot. Jones has endured Twitter harassment, online hackers, and discrimination from top fashion brands for no reason other than being an outspoken black woman.

Before she entered the worldwide sphere, Jones performed stand-up comedy for a niche (mostly black) audience. Her 2009 special “Problem Child” featured bits from her childhood (including her well-documented love of the Olympics) and unapologetic commentary on sex and relationships. She was arguably louder and giddier than in any of her SNL skits or current roles. A black female comic who catered within her own demographic barely blipped on anyone’s radar, and her anonymity was almost freeing.

In one of her most memorable bits, she climbs into the audience, probing with her microphone asking viewers of all ages if they suck dick. Clearly, Jones had always been the firebrand she is today, except now the heat is focused on her.

What changed? Not Jones’ routine, but her exposure to a wider audience, including embittered fanboys, alt-right social injustice warriors, and perhaps most damagingly, an unsympathetic entertainment industry. In late June, prior to the “Ghostbusters” premiere, Jones took to Twitter to reveal that no designers had agreed to dress her for the red carpet. Her costars, all white, had dresses in line without a moment’s hesitation. It wasn’t until Christian Siriano stepped up on Twitter that Jones found herself a dress and, sure enough, a few weeks later, she stood tall (figuratively and literally) in a red, figure-hugging gown.

Not every trial has ended so fairytale sweet for Jones. Shortly after “Ghostbusters” hit theaters, Jones faced a new wave of criticism. The reboot had always had its opponents, mostly die-hard sci-fi fans concerned that women and a 21st-century perspective (with mostly women) would soil the legacy of a movie about ghost fighting. Jones played the character Patty Tolan, a municipal historian with no background in particle physics or the supernatural, but a practical knowledge of the streets and sites of New York. Jones’ character was probably the most relatable of the bunch, and her brusque humor and enthusiasm added heart to a largely underwhelming comedy.

Although much of the film’s criticism died down once it reeled in positive reviews, Jones found herself at the center of yet another controversy. Milo Yiannopoulos, editor for the popular alt-right, white supremacist publication Breitbart News, fired a barrage of Twitter harassment in Jones’ direction, causing her to leave Twitter briefly due to the abuse. The attacks featured racially charged and misogynistic images, including pictures of gorillas and blackface. Oftentimes, the harassment would come from pop-up accounts without any personal information, so they could be easily remade in the event that Twitter shut down the account. As it happened, Twitter made little effort to quell the attacks. The onslaught continued for nearly 24 hours, with Jones retweeting and responding to every attack she could in a gibe manner. The Twitter hashtag #LoveforLeslieJ sprung up in support of the star, but Jones still left her account by the end of the night.

Perhaps unsurprisingly, none of Jones’ costars received similar harassment, nor had they publicly spoken on Twitter or social media about the incident. The discrimination Jones faced could best be described as misogynoir, the intersection of anti-black racism and misogyny. For the journalists at Breitbart News, Jones embodied an unholy trinity: black, female, and non-fetishized. While some black women can attain certain levels of privilege through light skin or Euro-passing features, Jones is unquestionably and blatantly black. The fact that Jones was already outspoken and successful only fed the fire. A mainstream figure like Jones went against everything members of the alt-right stood for. Since they couldn’t fetishize her, they deemed she had no place in their world.

Jones soon returned to Twitter and things seemed to run smoothly again. A longtime Olympics fan, Jones began live-tweeting events with such enthusiasm that NBC invited her to the games and act as a live commentator. She fangirled with Simone Biles and cheered on the U.S. water polo team. Jones seemed to have moved past her Twitter attackers.

Unfortunately, the “Ghostbusters” star was about to learn that the alt-right are actually very similar to ghosts; they’re pale, creepy, and they keep coming back. On Aug. 24, Jones had her private information leaked all throughout the Internet.

Many forms of cyber-warfare exist for the sole purpose of silencing women. In 2015, Jennifer Lawrence and a slew of white celebrities had their private iClouds hacked and nude photos released. This process, called doxxing, brings the horrors of Internet discourse into the “real world,” and has cost countless women their jobs and reputations.

What made Jones’ harassment exceptional is that she experienced all forms of cyber-warfare at the same time. Her website was hacked and shut down, her nude photos were leaked, and her family was targeted. Recently, Jones spoke out about the hacking in the 2016 Emmys, taking the stage to protest the transparency in her private life.

Nearly every female celebrity has, at one point, received harassment on social media, but the attacks on Jones mark a larger pattern. Leslie Jones has put black womanhood into the forefront in a new way, and in a time where former figures like Halle Berry and Whoopi Goldberg have faded out of public consciousness.

The only consolation is Jones’ unrelenting optimism and determination to succeed. Despite her harassment, it truly has been an amazing year for Jones, and although “Ghostbusters” was Jones’ first lead role, here’s hoping she has more to come.