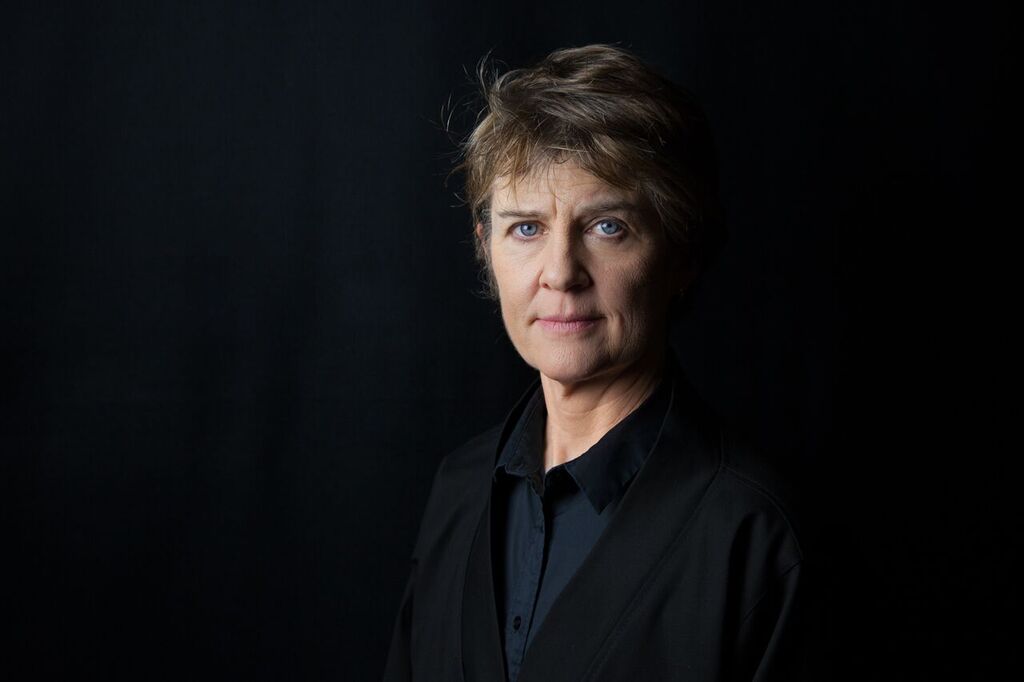 In addition to teaching Taiko Drumming, Visiting Instructor in Music Barbara Merjan is an instructor at Kaoru Watanabe Taiko Center in Brooklyn. She has also performed extensively in Broadway and Off-Broadway shows, as well as with American pop and jazz artists such as Lesley Gore and Dizzy Gillespie. The Argus sat down with Merjan to ask her the all-important question: What’s in your music library?

The Argus: What was the last album you listened to?

Barbara Merjan: On my way up here, I was listening to Blackstar, David Bowie’s album. I was also listening to Natalie Merchant’s album, which is really nice. It’s kind of heavy. But I’m doing a gig that she’s involved with. I’m not sure if I’m supposed to play with her, but I’m trying to familiarize myself with her material.

A: Can you tell us about the gig?

BM: Paul Newman and A.E. Hotchner started a camp for kids who have terminal illnesses more than 25 years ago in Ashford, Connecticut. And every year, they’ve done a benefit. It used to be that Paul Newman was in it, Tony Randall, and all these stars would come up and we would do a show, a mock show, of “Guys & Dolls.” But Paul Newman was one of the women, and Bernadette Peters was one of the guys. It was hilarious. I was lucky enough to get to be part of that band.

Now they have some of the kids, [those] who are well enough, performing instead. And they still get different Broadway people to come up, people like Natalie Merchant this year, Carole King some years. Big names will come up and support, and they raise a lot of money to help the kids. I haven’t really checked Natalie Merchant out, and sometimes people like that will bring their own bands. But it’s pretty gorgeous stuff.

A: Could you talk a bit about the Broadway and Off-Broadway shows that you’re working on right now?

BM: I’m [substituting for musicians] at a couple. I’m subbing at “Something Rotten” and “Fiddler on the Roof.” “Something Rotten” is a drum set book, and there’s a separate percussionist, who has a whole battery at the other end of the pit. In “Fiddler on the Roof,” the drummer’s playing timpani and is playing the combined book, so it’s a timpani drum set, xylophone, bells… It’s all one thing.

A: Which musicians working today do you admire the most?

BM: There are so many, it’s unbelievable. Just listening to David Bowie’s album and the guys who are on that… I know them more from the jazz world, so it’s really awesome to hear them, and also the fact that he selected those musicians. Mark Guiliana on drums, Jason Lindner on keyboards… These guys contributed so much to what that music is. It’s really amazing. And I haven’t seen or heard Jeff Ballard in a long time, but he’s one of my favorite drummers.

A: For people who are not as familiar with taiko drumming, or the genre of traditional Japanese music that taiko is involved with, which albums are a good introduction?

BM: That’s a really interesting question, because there aren’t that many albums out there. There are getting to be more. I’ll plug my sensei’s CD, which I’m on, called Néo. Compositions are mostly by him, or us. The traditional stuff is arranged by him in a very original way. It’s amazing, not because of what I’m doing, but because of what he’s doing and what he did. He plays the different Japanese flutes as well. It’s all Japanese instruments. I highly recommend it.

Sumie Kaneko just came out with a CD that I like. Kaoru-san is playing on it. Kenny Endo has a few CDs that are really good. I’m not sure if Isaku Kageyama has CDs out now, but he’s an amazing performer. He lives on the West Coast now, so it’s really hard to see him perform live here. The On Ensemble is good, they’re also California-based. They’ve done some really creative things with taiko, mashing up different cultures. Kaoru-san’s style is mashing up different things, but it’s really reaching into Japanese traditional music. On Ensemble is more reaching into genres like rap, Tibetan throat singing. It’s all great.

There are some DVDs that are out there by San Francisco Taiko Dojo. A lot of times, I’m [watching taiko] on YouTube, and I’ll “like” one thing, and something else related comes up. I’ll watch performances or videos from festivals. It’ll just be people holding their cell phones up and recording.

A: What are some albums or artists that have either affected you emotionally, or set you on a career path?

BM: It has to be Coltrane’s Love Supreme. I was in junior high or high school when I heard that, that was 10 years after it came out. And that was a heavy influence. And other Coltrane stuff, with Elvin Jones’ drumming. When I was newer to drumming, Buddy Rich was it. Also Karen Carpenter, not that I really understood what she was doing, or what Buddy was doing.

Then I got introduced to Mel Lewis—the Thad Jones and Mel Lewis Orchestra—and I resonate with that style of music more than with the Buddy Rich style, even though they’re both amazing. It’s just my preference. I don’t think anybody tops Buddy Rich’s drumming, but it’s just not my go-to for a musical experience.

As far as pop music goes, it was Carole King’s stuff. The Tapestry album was amazing. It’s still amazing. I remember her coming up to me backstage once—[my band and I] were doing “I Feel the Earth Move”—and going, “Had you heard my song before?” I’m like, “That was the soundtrack to my junior high experience, what do you mean? What planet does it look like I’m from?” She was very nice.

A: What music would people be surprised to find out that you listen to?

BM: Probably bluegrass. I’m more of a jazz musician, but I like that. There’s some great stuff, like Nickel Creek. I just heard Aoife O’Donovan on NPR, like a month or so ago, and I was like, “Oh my God, that’s incredible.”

A: What kind of music did you grow up on?

BM: My parents liked jazz. Show music and Broadway was a big deal; we’d see at least one show a year. The Beatles were coming along as I was eight or nine, so I was a little too young to appreciate them. But I think I was spinning a 45” [Beatles record] when my dad came home and said, “I don’t ever wanna hear that again!” He was so mad. He freaked out, and freaked me out. I think I was playing the B-side, but still.

But then I got into Black Sabbath and Grand Funk Railroad. And I have to say, my mom was pretty tolerant, letting me listen to that in the living room. I look back, and I think it’s pretty funny that I thought I discovered Ella Fitzgerald, but that was their records. That’s what they loved, and I love it, too.

A: How do you typically listen to music?

BM: CDs or MP3s. I hate to say it, because the CD thing really annoyed me. I don’t like streaming; the artists do not get paid. So even if I can get it through streaming, I’ll buy the album if I can afford it. I have so many LPs, but I’m not home a lot anymore. There’s nothing like hearing music live, where the sound vibrations are happening, and I think vinyl represents that the best, by far.

A: What do you plan on listening to next?

BM: I’ve got a bunch of stuff. A lot of the time, it’s based on what I’m doing. I’m doing a gig with a singer that I haven’t worked with in a long time, sort of a punkish band. And she was in a band that used to open for The Clash, but that’s not my favorite music. But I’m going to listen to it again, just to figure out my role in it. Even though I don’t identify as much with that scene, I’m still curious to see how that drumming works, with the rest of the context.

I sometimes ask, “How did I get involved, or why am I still involved, with playing taiko?” Because it’s a very strong cultural identification for Japanese-Americans, Japanese people. Right now it’s coming-of-age in the United States, so where do I fit in? It’s almost helping me understand that there’s a tradition of it here, instead of assuming that it’s just music. We may not teach it or do it the same way [as in Japan], but there’s a tradition here, and I’ve been a part of that. I like being on the outside, on one level, but also trying to learn what it means, and what it means for me.