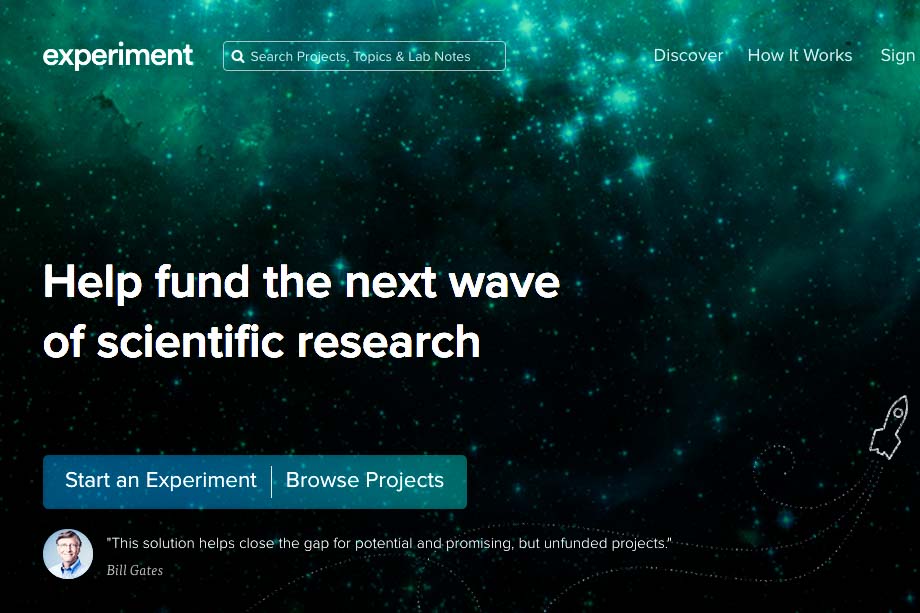 Applying for scientific research funding typically starts with a grant proposal assuring the federal government or a scientific foundation that your methodology is sound and your expectations are reasonable. The writing is detailed, often filled with jargon.

Robinson, along with three other professors at the University, competed in February and March for research funding through the Liberal Arts College Grant run by Experiment, a program that brings crowd-funding to science. The grant program makes the process for University researchers getting scientific funding closer to the general public.

“[The crowd-funding project] forces…[scientists] to go to the public and be like, ‘This is what we’re doing, this is why this matters, this is where we’re going,’” Robinson said. “And make the public feel like they have some control over where their money, where their support goes, and what is being researched and what we can do. And I think that generally this helps people get involved in science and care about science.”

In applying for funding, Robinson went with approaches consistent with crowd-funding efforts but unusual in the world of scientific grant proposals. In his group’s video, Charlotte Freeland, research assistant and coordinator of the Robinson lab, explained what optogenetics (a way of using lasers to control brain activity in live animals and determine how specific neurons affect behavior) are.

In total, the lab posted one introductory video and six additional short notes, called “lab notes” on the site in an effort to keep the public informed and interested in the project. They tried to convince people of the importance of addiction research by posting about the heroin epidemic in Connecticut. Rebecca Tom ’16, one of the students in Robinson’s lab, posted about the ethics of animal research to assuage reader’s concerns about the lab’s research methodology (Robinson’s lab uses rats to understand addiction behaviors).

In short, the lab had to convince their audience of general ideas about the importance of the research, as opposed to questions regarding methodology.

“There’s a lot more of sort of marketing appeal aspect [than in proposals to foundations], so you’ve got to really sell the idea and be like, ‘This is why it matters,’” Robinson said.

The video was a central aspect for the Robinson lab’s plan to sell their addiction research to a general audience. According to Tom, the group spoke with someone who works at Experiment and recommended the method.

“[Experiment] usually [finds] that people who make videos have better outcomes in terms of funding,” Tom said. “I guess because it’s easier for people to watch a video and learn about cool science than it is to read about it.”

The lab’s tactic worked. Out of the four research grants coming from the University, Robinson’s was the only one to receive funding from Experiment. It received $4,166, having requested $4,000.

According to the budget the lab provides on its project overview, the lab will use the funding to purchase rats and materials for using optogenetics research.

Othon, like Robinson, praised the ability of Experiment to connect scientists with the general public.

“I can see this as a potential avenue for engaging the public in science in a more intimate fashion,” Othon said. “They can learn about the details of the process, they can engage in conversations about why they think this is a useful avenue to pursue, and that was really fun and engaging,”

The project would have allowed the lab, which has previously studied how sucralose interacts with lipid cells, to learn how the sweetener interacts with bacterial growths similar to ones in human microorganisms, something Othon described as a slightly new direction in which the lab could take its research.

“It’s to seed a new project and allow that to develop kind of organically whichever direction it leads us,” Othon said.

Instead, the lab will be forced to continue with its prior path of research. However, Othon was not hung up on her lab’s inability to try this new research.

“Because this was a small pot of money that we were seeking, you can’t think too [grandiosely] about it,” Othon said.

For Robinson, the project, in addition to providing funding, offered his students an opportunity to learn more about communicating science to the general public, in addition to involving the public in the way that science works.

For this reason, he said that the crowd-funding approach had merits as a tool for scientific funding. But he emphasized that more standard methods, involving receiving funding from foundations and institutes, are still necessary.

“There’s different ways of doing research that are easier for the public to get behind and understand,” Robinson said. “That doesn’t mean it’s better. I think that’s one of the limitations here and that’s why we should never have either one of the two funding sources strictly.”