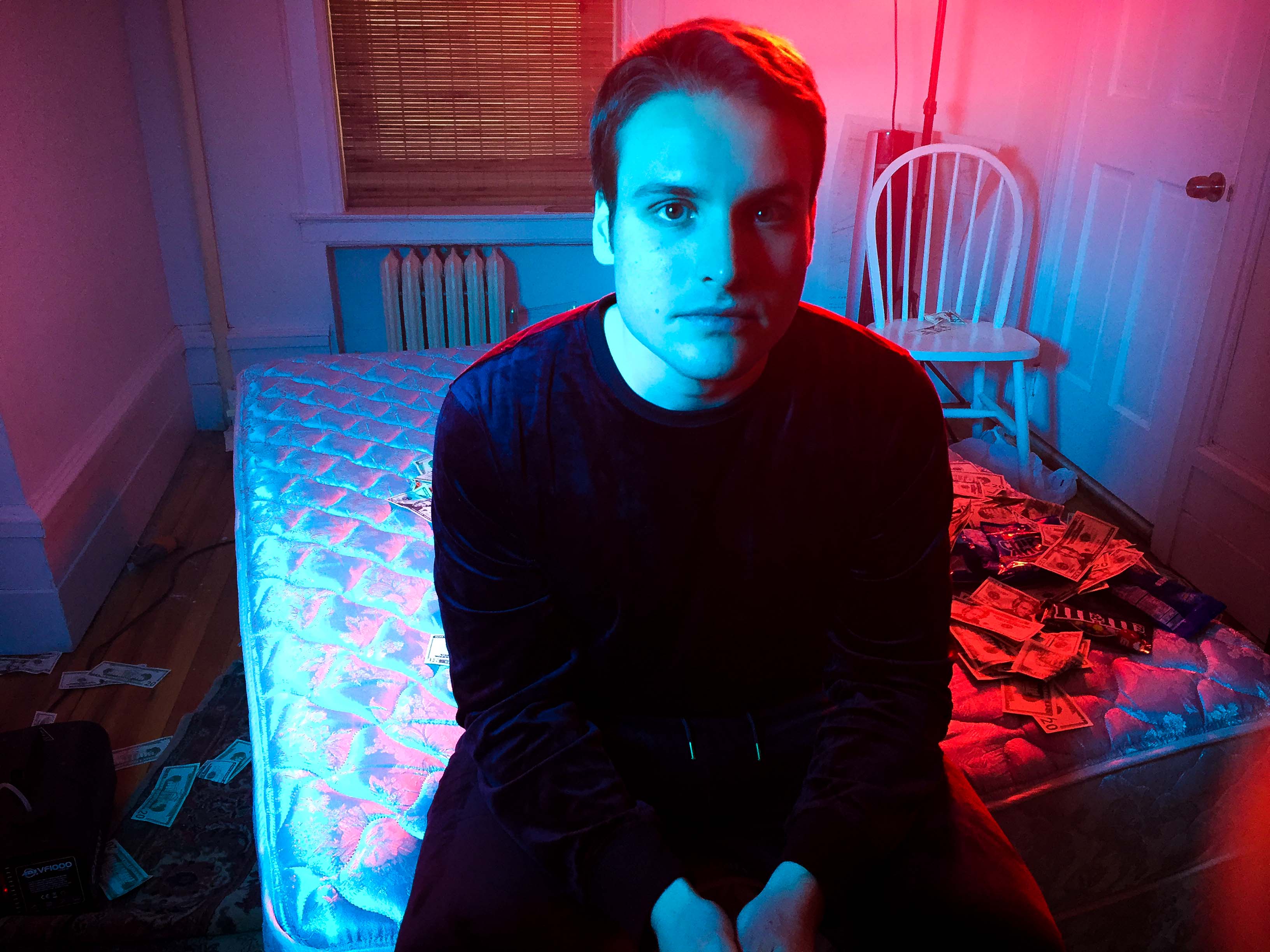 Henry Hall and Trot Fox are proof that the Wesleyan music scene lives on after graduation. On Thursday, April 28, both bands played at a packed 20B Fountain venue as part of their joint spring tour. Consisting entirely of Wesleyan alumni (with the exception of Trot Fox’s bassist, Declan O’Connell), these musicians reflected on the aspects of the music scene that have evolved and endured, as well as how they ended up forming their respective bands.

“Nate [Mondschein ’12] and I met in an a cappella group,” said Claire Randall ’12, the lead singer of Trot Fox. “And Gabe [Gordon ’11], Nate, and I started a funk band, and then it grew, and then Declan and Gabe were friends from home out in New Jersey.”

Their formation, however, did not take place on campus. Rather, Brooklyn became the venue in which both bands have formed and subsequently flourished post-graduation. With more Wesleyan musicians moving into the borough and the greater New York City area with each graduating class, Wesleyan’s music scene has flowed right down I-95 toward the city that never sleeps.

Working by day and creating music by night, these alumni haven’t let the “real world” douse their creativity. Mondschein, for example, teaches music when he’s not splitting duties on the drums between Trot Fox and Henry Hall.

“I was [teaching] at an elementary school for a while,” Mondschein said, “and then I was at a middle school, and now I just do private lessons.”

The conversation then shifted to the Wesleyan music scene and how it has changed in the few years since these musicians graduated.

“It’s nice to be back, it’s nice to be in a familiar space,” Randall said. “But it’s all new. I mean, there’s a bunch of clones of my friends here. It’s so weird.”

When asked if Wesleyan had gotten less weird since they had left, Randall quickly responded.

“I don’t know, but it seems like the music scene is pretty shitty,” Randall said. “Not shitty quality-wise, just space-wise. We used to play at all of the big venues, it was great.”

Everyone suddenly jumped in and started naming their favorite venues, many of which no longer host the same number of shows as they used to, or even any at all.

“Inside, outside,” said Gabe Gordon ’11, the keyboardist for Trotfox. “On top of WestCo in that little space between Up Two and Up Three.”

“Skybridge,” said Robby Caplan ’14, the bassist for Henry Hall, naming the outdoor space in WestCo to which Gordon referred.

Gordon elaborated on the current state of the Wesleyan music scene and the University administration’s interventions in it.

“They started shutting [the skybridge] down when we were here,” Gordon said. “It definitely seems like, given the stuff that’s been happening on campus, the administration does need to take steps to cut down on incidents happening, but that can also take a cultural toll on the campus.”

Regardless of the current limbo the music scene may be in when it comes to venues, Randall and Henry Hall ’14, the lead singer and guitarist of the eponymously named band, still feel indebted to and proud of the Wesleyan music scene, and it’s one of the main reasons they came to the University in the first place. 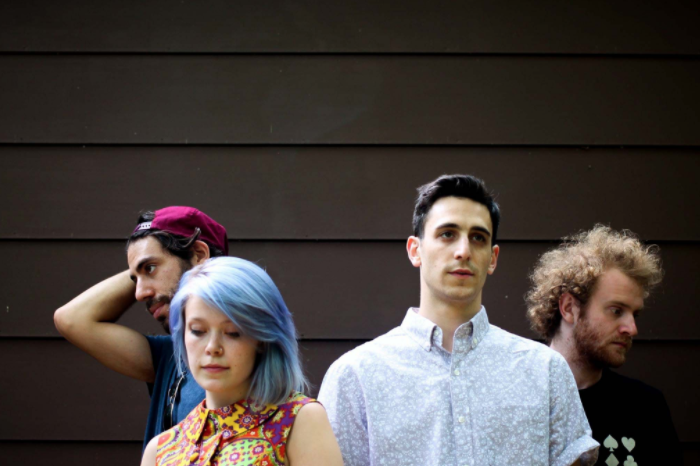 “I actually kind of chose Wesleyan because it seemed to me that they had a very open music program and music scene,” Hall said. “Like even if you weren’t a music major, necessarily, you could still engage in what the school had to offer musically. And I knew a lot of cool bands came from Wesleyan and everything. That had appeal to me, because I loved [MGMT’s] ‘Time to Pretend.’”

“I feel like I paid for this,” Randall said as she pointed to the stage behind her and a group of students dancing in front of it. “I mean, I studied music and I learned a lot, but I’m still playing music with the people I played with here. And I met people outside of school that went to Wesleyan and we’re playing together still, so it’s really good.”

When the others were asked if they came to Wesleyan because of the music scene, Mondschein jumped in and said that the music scene here became a much greater force during his time as a student than it was when he was initially attracted to the school.

“When I was coming in, I looked at the music program to get a sense of it, but it ended up becoming much bigger,” Mondschein said. “Coming to college I was thinking I would almost scale [my interests in music] back a little bit… And the nature of [the Wesleyan music scene] just blew up because of how amazingly supportive the scene was and the people were, and that, I think, like Claire was saying, seems to have suffered a little bit, when the space is not conducive to it anymore.”

In the unconventional space that was left to them, however, Trot Fox and Henry Hall delivered a masterful performance. Hall showed improvement from his days with the band he led with Caplan during his time at Wesleyan, Grand Cousin, even performing a revamped version of their single “Let Me Know,” and adding improvisation to the vocals of the song that aren’t present in the recorded version.

Randall also stood out, stealing the show before Henry Hall began playing. Hidden beneath her jean jacket and blue hair lies a tremendous voice with such soul that it drew the room into a blissful collective sway. Both lead singers have a simultaneous softness and intensity in their vocals that are rare. Mondschein showed an impressive range as the drummer for both bands, each of whom have a significant range on their own in terms of sound. Playing off of and leading on Gordon on the keys and O’Connell on the bass, Mondschein gave the band—and by extension the atmosphere—an energy and cohesion that he made look easy.

Trot Fox’s standout song was “Ditty,” a track with a healthy dose of funk that, enhanced with Randall’s singing, showed off the band’s deep and balanced sound that got the room dancing. Henry Hall’s set was for the most part upbeat and energetic, keeping Trot Fox’s good vibes going. Some of Hall’s best singing doesn’t even come in the form of words, but rather in purely emotional oohs, ahhs, and even yelps that he releases during his more boisterous songs.

Although the band’s upbeat tracks are certainly fun, their slower and more mellow songs are the kind that live with you long after you’ve left the show and gone home. “Fake Words” and “There’s Nothing Wrong With Me,” which was also the basis of a senior film thesis, feature a melancholy self-awareness well beyond Hall’s years. The chorus of “Fake Words” is some of Hall’s best non-lingual singing, accompanied by a wistful guitar and Caplan’s churning bass. Mondschein is far more reserved in his drumming during these tracks, keeping the beat calm and giving order to the oozing melancholy. “There’s Nothing Wrong With Me” is a profoundly sad ballad that shows a more intimate, toned-down sound that nonetheless stands out in its lyrics and pure emotion.