Who Wore It Wes? Esmé Stern

Each year, a sizable population of the University’s student body makes its way from sunny Southern California to blustery, unpredictable Middletown, Connecticut. Esmé Stern ’18 doesn’t let that stop her from flaunting her signature Los Angelos style. Based on a combination of comfort and her mom’s influence, Stern combines the laid-back dress, jeans, and sneaker combos with the heavy sweaters and colorful coats necessary for riding out the coldest months of the year. 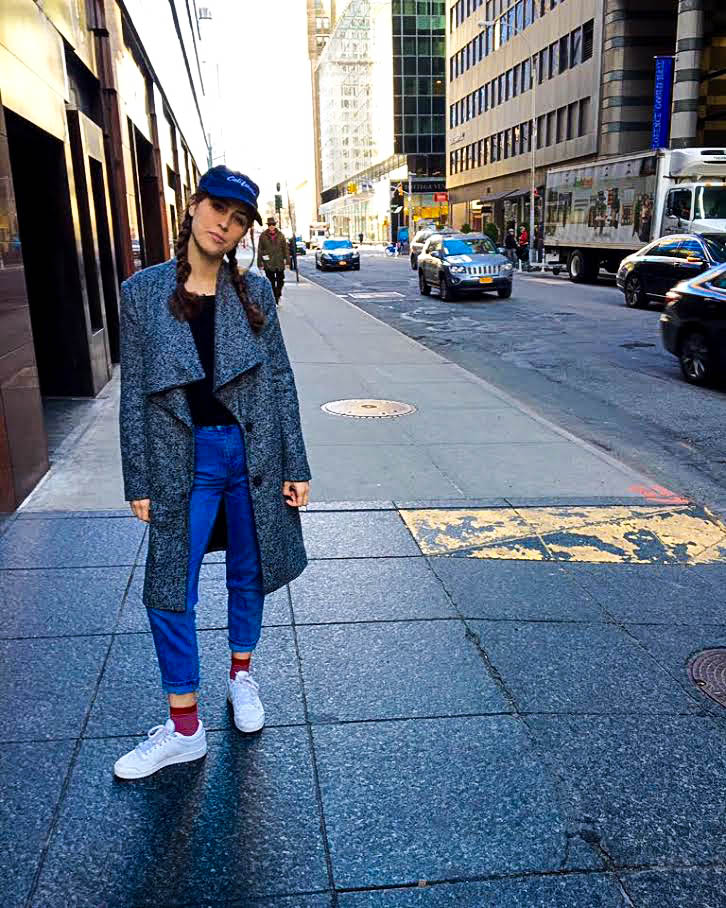 The Argus: Describe your style in three to five words.

A: Is your mom the main influence on your style, then?

ES: I love looking through her closet for old stuff of hers to wear, and also she knows me really well, so we’ll go together, and she’ll get me stuff, and whenever I think about shopping and style, I always think of her. It’s really fun.

A: What, specifically, have you adopted from her style?

ES: Literally everything. Any chunky sweaters and skirts, I love, and I take from her. She always helps me with [picking out] summer dresses. It’s those three things mostly. Oh! And a lot of different scarves. She loves them and I do too.

A: Are you a summer scarf person also, or is it more of a fall/winter thing?

ES: I think mostly winter, because I think it’s so cozy, and I like to put on a big circle scarf and bury my face in it. That’s my favorite thing to do.

A: Where are you from and how has that influenced your style?

ES: Los Angeles. I just have no idea how to dress for the winter. But my mom does, because she’s from Chicago, so all of the winter stuff that I now have to wear, I’ve learned from her. But I just grew up wearing a cardigan as my warmest coat, so now it’s different. But L.A. definitely influenced my style because I’m so used to wearing dresses, sandals, t-shirts, nothing heavy-duty.

A: Do you think moving to the East Coast has changed your style?

ES: I just have appreciated sweaters and cozy things so much more, because I see the use in them and not just the style aspect. I love a big sweater, not just because it’s cute, but also because it keeps me really warm, which is so important here in a way that it’s not at home.

A: How would you characterize the style of Wesleyan?

ES: Either really hippie-indie, or completely preppy, and I think there’s little in between. Which is weird, because I think I’m more in between.

A: I was just about to ask how you think you fall in that spectrum!

ES: I’m not the kid who’s going to be barefoot all day long, but I’m also not the kid who wears full Vineyard Vines [outfits], so I’m kind of in between. I dress the way I want, but I don’t think it’s all the way to one side or the other.

A: What is one thing you’ve never worn, but you want to? Or what’s a style you would want to try?

ES: That’s a good question. I’d say outerwear, coats. Since I live in L.A., I don’t have a lot of coats, but I’ve recently been noticing them and they’re so fun, and you can do so much with them, and I want to start expanding my coat collection.

A: What would be your first move to expand your collection?

ES: Something big and warm and colorful!