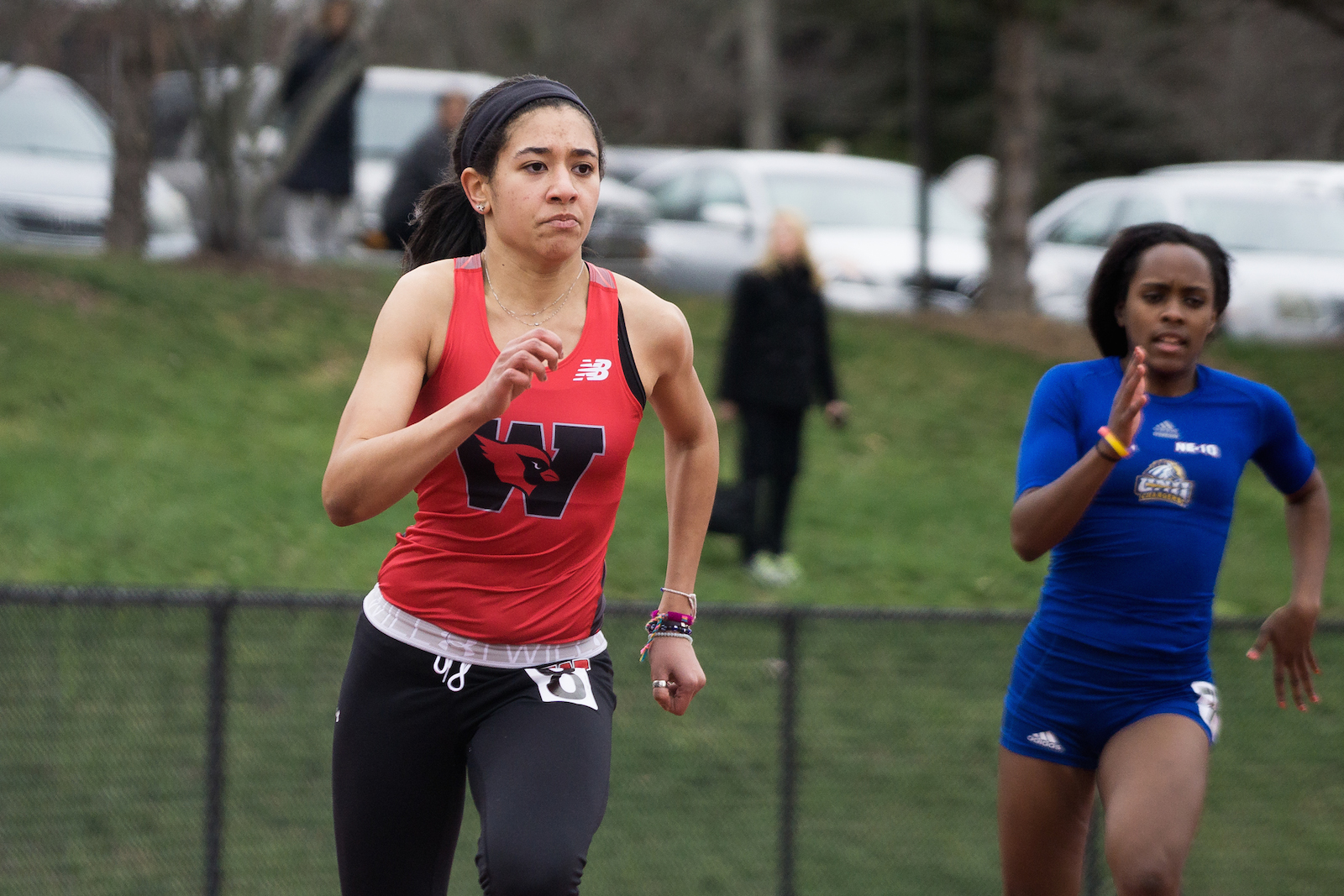 Recharged from their three-week hiatus following the end of the indoor season, the men and women’s track and field teams returned to the grind this weekend on their own track at the Wesleyan Spring Classic, their first meet of the outdoor spring season. The meet was not scored, which prompted many athletes to rest rather than participate in the competition. Those who were entered put up strong performances against a number of schools from the Northeast, including NESCAC rivals Connecticut College and Trinity.

Despite a relatively small roster, the women’s team again showed why it should be feared this season. Alexis Walker ’16, who finished her indoor season with a third place showing in the long jump at the ECAC Division III Championships, captured first in both the long jump and the 100-meter dash. Walker crushed the competition in both events; her leap of 17’ 7.5” was well over a foot longer than the next finisher, and her time of 12.72 put the senior well clear of the second place finisher’s time of 13.06. Sarah Swenson ’18 also had a strong showing in the 100m, coming through in sixth with a time of 13.35.

Given that the athletes are far from peaking, the men saw a number of strong performances in the field events. Andrew McCracken ’19 and Jessy Carrasco-Gonzales ’18 swept the top-two spots in the pole vault with marks of 13’ 11.25” and 13’ 5.25”, respectively. McCracken’s vault equaled his best of the indoor season, while Carrasco-Gonzales broke his previous personal best by nearly half a foot.

Agbon Edomwonyi ’16 claimed the Cardinals’ other two second-place finishes of the day, with a personal best throw of 153’ 2” in the hammer and a 135’ 2” toss in the discus. In light of these impressive results, he was named NESCAC Field Performer of the Week. Erik Hall ’16 claimed another top-10 finish for the Cardinals with a 150’ 11” heave in the javelin.

“We have a very talented team this year,” said Albert Fang ’18. “Even though we don’t have a lot of guys, I believe everyone has the ability to score at any given meet, it’s just a matter of how bad you want it.”

The women showed their strength in the other sprint events as well. In the 200-meter dash, Allegra Fils-Aime ’19 crossed the line in third place with a time of 26.67. Ellie Martin ’16 came through a step behind her teammate, capturing fourth place in 26.69. Jenny Aguiar ’19 had no problem translating her success during the indoor season to outdoors, taking victory in the 400m with a time of 1:00.07. In the 4x400m relay, Wesleyan’s “A” squad of Aguiar, Alexandra Dibrindisi ’19, Aida Julian ’18, and Anaya Subrahmanian ’18 captured an impressive win in 4:03.29. Sydney Cogswell ’16, Hannah Goodman ’16, Isabella Reilly ’19, and Claudia Schatz ’19 comprised the “B” team, which took third in 4:16.51, showing off the Cardinals’ depth.

“I think I ran a decent race,” Fang said. “I was hoping to break 51, but the weather wasn’t quite in our favor. It was a good start for my outdoor season. The meet gave us a good understanding of where we are and I think, as a team, our main focus is to really develop the talent we have right now.”

Fang and Trotman, along with Austin Dhillon ’18 and Colin Mahoney ’18, took the baton in the 4x400m relay. The quartet of Cardinals came through in third place with a time of 3:33.30.

“The highlight of my day was our 4x400m race,” Fang said. “It was the first time the four of us worked together. The handoffs were smooth and each of us really pushed through. I can’t wait to run with them again.”

Though the women had success in the sprints, their performances in the field events were also impressive. Walker, who took the victory in the long jump, was not the only jumper to find herself on top of the results page, as Fils-Aime captured first place in the triple jump with a leap of 35’ 7.75”. In the pole vault, Kiley Kennedy ’16 made it up and over the 9’ 6.25” bar for a fourth place finish, while Colleen O’Neil ’18 cleared the 9’ 0.25” bar for sixth place.

Lastly, Cogswell and Nikita Rajgopal ’17 were Wesleyan’s only competitors in a distance or middle-distance race on the day, racing the 1500 meters. Rajgopal took seventh with a time of 5:13.80, while Cogswell came through in 5:18.62 for eleventh place.

The Cardinals will travel to New London, Conn. for the U.S. Coast Guard Academy Spring Invitational this Saturday, April 2, as they try to build off the momentum from their opening meet.