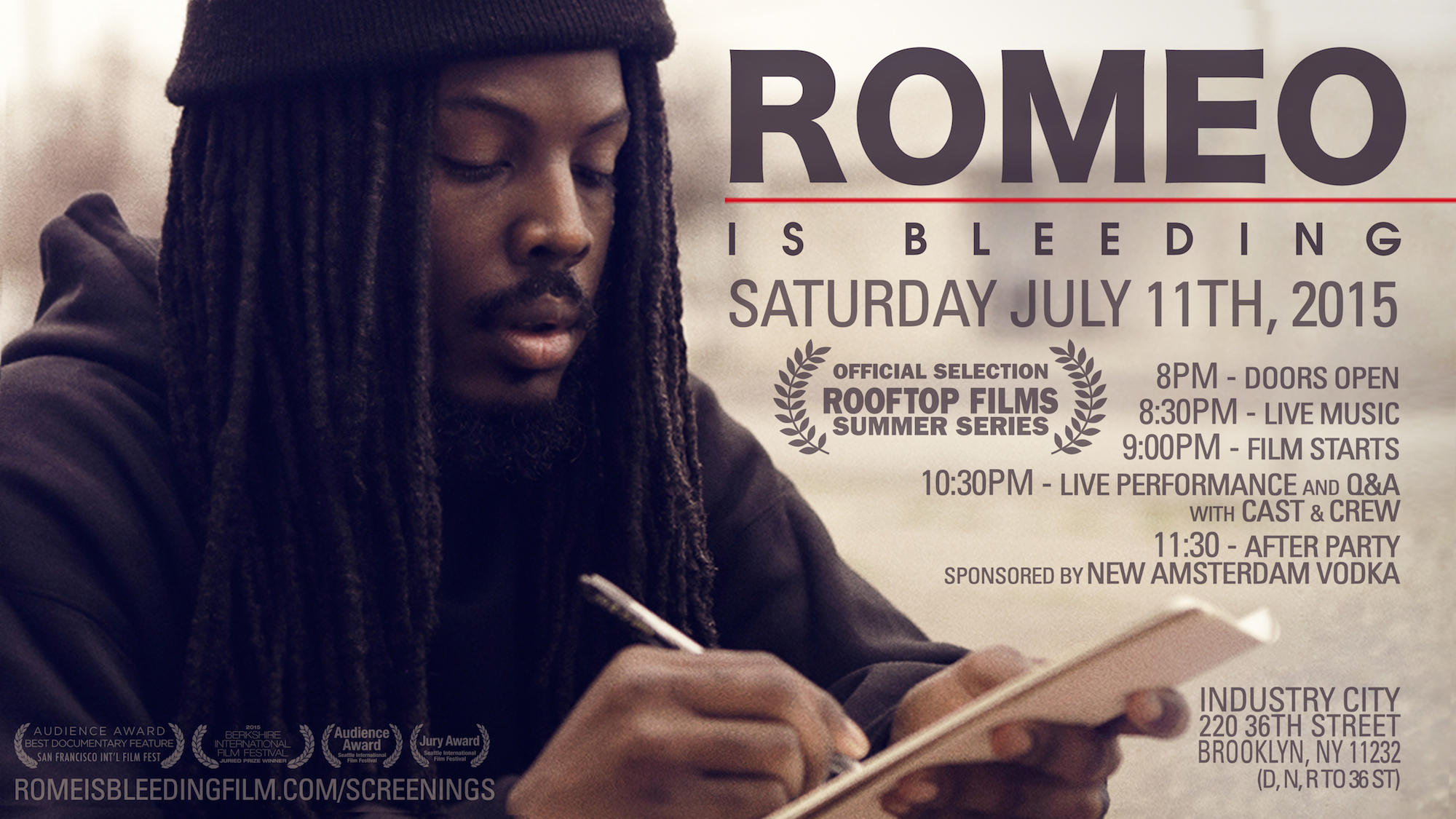 The fourth film screened as part of the University’s Awareness Film Series, “Romeo Is Bleeding,” follows the poet Donté Clark’s efforts to unite the divided city of Richmond, Calif. In Shakespeare’s “Romeo and Juliet,” Clark sees a mirror image of the violent turf war tearing Richmond apart. Inspired by the famous tragedy, Clark takes it to the streets of his hometown, writing a play about warring north and central Richmond, love and death, that he hopes will help the battling youths of Richmond end their parents’ strife.

“It’s a film that’s really about meeting hatred and violence with art and expression, which makes it a true, deep liberal arts film,” Professor of Film Studies Scott Higgins said. “[The film] speaks, I think, directly to the Wesleyan mission.”

Working with high school students who attend the Richmond Artists With Talent (RAW) creative arts program’s spoken word workshops, Clark’s script incorporates his student’s poems, helping them to voice their views on the issues plaguing their community. Intruding on Clark and his team’s creative process are the realities of life in Richmond. Clark and the RAW Talent team lost a close friend in a drive-by shooting during the filming process. At one point, the peace of a writing workshop is broken by a large blast.

“I just got a text that Chevron just exploded, so we’ve got to go home,” explains one of the workshop teachers in the film.

A nearby security guard explained that it is an event that happens every five or six years.

“My breath is apocalyptic, I spit caskets,” raps one of Clark’s students in front of the brilliant sunset refracted off the smoke from the burning Chevron oil refinery.

She ends with a series of coughs; the asthma rate in Richmond is more than twice that of the national average.

“I found the film to be very impressive,” Film Studies major Ruby Lanet ’18 said. “Specifically its usage of poetic and purposefully dramatic/theatrical visual technique that beautifully aligned with a very disturbing—but also uplifting—story.”

Somewhat unexplored are the roles of the outside forces shaping Richmond. While the impact of the Chevron plant, early racialized housing zones, and gang laws are mentioned, these issues are not explored in depth.

Mariel Hohmann ’18 enjoyed the film, but wondered about these unanswered questions.

“[The film] never talked that much about how governmental things should change, or what larger institutional changes should happen besides people finding love and expression,” Hohmann said. “It would be interesting to hear more about what happened afterwards in Richmond.”

Working to raise awareness and to start discussions about issues of gun violence and school dropouts, “Romeo Is Bleeding” also serves to create a narrative of Richmond’s troubles. The importance of such a narrative becomes apparent in the film’s discussion of law enforcement. The new gang laws that criminalize associating with known gang members and other potentially benign activities are a force of good, according to Richmond’s police. There’s been a 20 percent drop in gang activity since they were legalized. Clark disagrees.

“On paper, Richmond looks like it’s cool,” Clark said. “But we can name 11 people lost this year, 30 sent to jail that aren’t coming home. That’s what I call an extinction of a people.”

Rather than decreasing Richmond’s violence, the new laws have merely changed into incarceration, outsourced it in the form of broken families and increased prison time.

With the release of “Romeo is Bleeding,” there is hope that increased communication could lead to reconciliation between Richmond community members and police. The film has been screened for the public defenders of Richmond’s county. Kate Halibozek ’10, Campaign Coordinator at Picture Motion, is in part responsible for making that happen.

“There’s the audience that’s kind of built into who cares about that issue,” Halibozek said. “But then there’s what other audiences could we think of that definitely do care but we wouldn’t think of right off the bat?”

Halibozek runs the social awareness campaign for “Romeo is Bleeding” at Picture Motion, a marketing and advocacy firm that focuses on films about social issues.

“The main thing we’re doing with this campaign is a push to get the film into schools,” Halibozek said. “It’s really about teenagers and their experiences.”

Picture Motion is working with curriculum writers to create lesson plans about the film, get it into the hands of educators, and spark further discussions. Halibozek has heard back from the curriculum’s first user, a teacher who taught the film at a San Francisco juvenile justice center with positive results.

“There were some kids who either don’t speak up at all or are troublemakers,” Halibozek reported. “Especially those kids were really excited to talk about the film and the content of the film and how it relates to their experiences.”

“Emptying the Skies,” the final film in the Awareness series, follows the decline in the songbird population. It will be shown on April 12th at 8 p.m. in Powell Family Cinema.