Why Beyoncé’s “Formation” is a Black Power Anthem 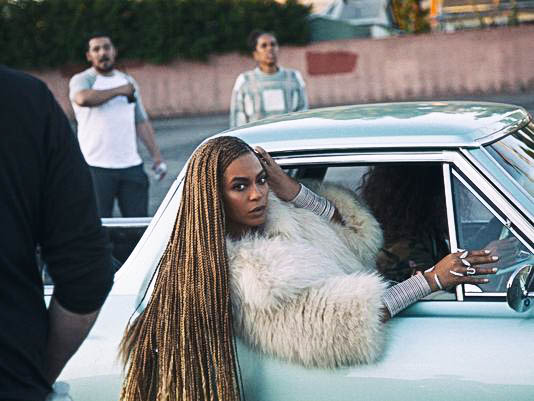 On Saturday, Feb. 6, the world stopped when Beyoncé released her new single, “Formation.” It first appeared on the music streaming platform Tidal, and shortly afterwards, the music video was uploaded to YouTube. She then performed the song at the Super Bowl alongside Bruno Mars and Coldplay.

In “Formation,” Beyoncé comments on police brutality, Hurricane Katrina, and black financial power. The single also explores her blackness and female prowess. The music video provides stunning imagery of the Creole and Alabama cultures that make up her identity. Perhaps most importantly, “Formation” allows Beyoncé to transcend the role of musical artist in order to build on her activism.

“Formation” features sound bites from “Booking the Hoes From New Wildin,” a 2010 video by Messy Mya, a comic and rapper who captured the daily violence in New Orleans through oft-considered politically incorrect comedy on his YouTube channel. In 2010, Mya was shot leaving a baby shower, tragically succumbing to the violence that he exposed in his videos. In Beyoncé’s latest track, Mya is accompanied by vocals from gay bounce musician Big Freedia. (Bounce music, which originated in New Orleans, is a faster-paced style of hip-hop music.)

Big Freedia’s posthumous collaboration with Mya—whose brightly-colored hair and effeminate gestures suggested blurred sexuality and gender identity—shines a light on the gay, black community, one that has been historically shamed. Similarly, the use of the word ‘slay,’ a term rooted in the gay community but commonly misattributed to black culture, celebrates the intersection of these two identities and extends Beyoncé’s message of empowerment to young queers of color.

The song’s refrain builds on Beyoncé’s pride in black excellence:

“Y’all haters corny with Illuminati mess
Paparazzi, catch my fly and my cocky fresh
I’m so reckless when I rock my Givenchy dress (stylin’)
I’m so possessive so I rock his Roc necklaces
My daddy Alabama, Momma Louisiana
You mix that negro with that Creole make a Texas bama
I like my baby heir with baby hair and afros
I like my negro nose with Jackson Five nostrils
Earned all this money but they never take the country out me
I got a hot sauce in my bag, swag”

The first line references the general public’s association of Beyoncé’s success with the Illuminati, a secret organization that is rumored to control global society. This conspiracy theory problematically dismisses black success and denies Beyoncé credit for her upward mobility in the music industry. The song proceeds to honor bodily features—Beyoncé’s nose and her daughter’s natural hair—and takes pride in them as signifiers of black identity. She concludes the stanza with a reminder that, although she has acquired considerable wealth and prestige, she will remember and respect her roots.

The bridge continues the conversation around feminism that Beyoncé initiated on her 2013 self-titled album:

Beyoncé has previously expressed her support for female empowerment and self-acceptance. “Formation” is a call to women to band together and bask in their power. Throughout the music video, black women of varying shapes and sizes are depicted in the places they feel strongest.

The music video, directed by Melina Matsoukas, provides stunning images to complete Beyoncé’s message. The video opens with shots from Chris Black and Abteen Bagheri’s 2012 “That B.E.A.T.,” a bounce music documentary filmed in New Orleans. Next, Beyoncé is shown sitting on a New Orleans police car half-submerged in water; this scene alludes to Hurricane Katrina, which saw its tenth anniversary this past year. Beyoncé’s daughter, Blue Ivy, then commands the screen as Beyoncé’s voiceover praises natural hair. Towards the end of the video, a young boy dances in front of a line of policemen; as he finishes his dance, the police raise their hands in surrender, and the camera pans to the spray painted words “Stop Shooting Us.”  This powerful shot engages with the Black Lives Matter movement, allowing Beyoncé to articulate her stance without stating it directly.

With this single, Beyoncé has cemented her reputation for breaking the mold and proved that she no longer needs to cater to the mainstream. On the contrary, she has made it to a point in her career where she can drop an album without any promotion or marketing and still debut as number one on the “Billboard 200” chart, sell one million digital copies worldwide in six days, and receive six Grammy awards. “Formation” is Beyoncé’s commentary on black issues as well as a homage to her roots, and it acts both as a contribution to Black History Month and a fantastic conversation piece for the Black Lives Matter movement. It is, as her fans might say, “flawless.”