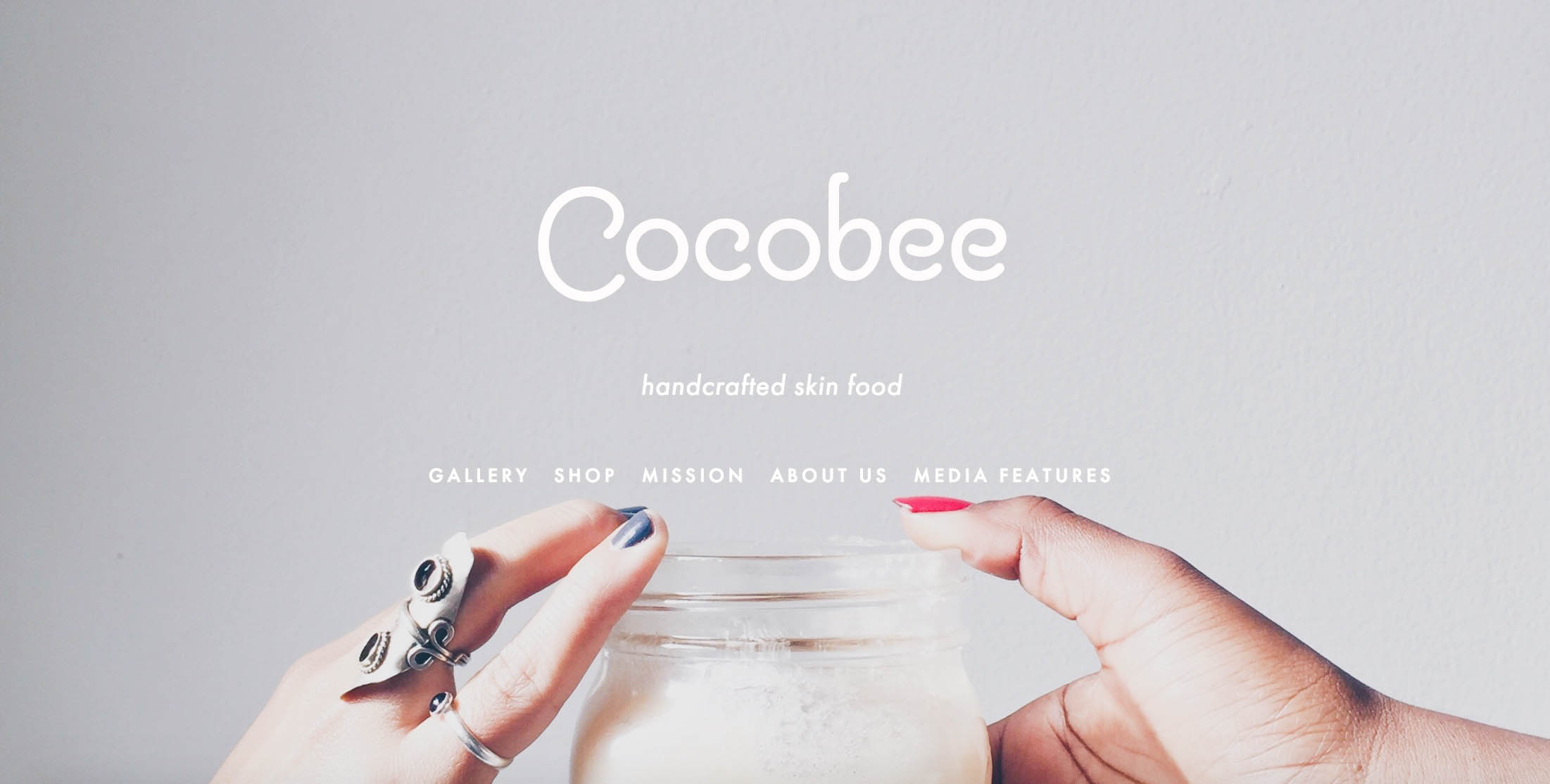 It started with a strange coincidence.

Last summer, Sadasia McCutchen ’17 put a Nair cream on her arms and had a reaction to it. Every other skin care product she tried also irritated her skin.

At the same time, McCutchen’s friend, Camila Recalde ’16, was working as an assistant for some holistic medicine practitioners and learned about alternative medical practices.

Both of them came to the same conclusion: They needed to start making their own skin care products. Soon after they returned to campus, they started Cocobee.

The two began talking about turning their passion for making skin care products into a business. Along the way, they also asked each other questions about how they could live healthier lives.

These questions led to the formation of Cocobee, a company that, as McCutchen and Recalde describe it, is part skin care line, part community organization.

As a company committed to healthy skin, Cocobee uses organic local food and herbs for its products. To buy these ingredients, Recalde avoids online shopping. Instead, she visits farmer’s markets in New York City.

“I’ll talk to the farmers and see what they’re up to, how they tended and cared for what they’re doing,” Recalde said. “Because I think eventually what they’re cultivating is going to come back to our products.”

“Using all-natural, organic ingredients, we believe that if you wouldn’t eat something, you shouldn’t put it on your skin,” the company’s website states.

The reason for this, McCutchen said, is that most skin care products contain alcohols, which are ingredients McCutchen says people should not put on their skin. She also suggested that consumers should be dubious about ingredients they are unfamiliar with.

“If you look at the ingredients of anything you use on your skin right now, I guarantee you, you don’t know what half of that is,” McCutchen said.

This, I pointed out, is also true of most of the food we—or, at least, I—eat. Given its mission, Cocobee has no plans to include sodium bisulfite, an ingredient found in some potato chips and toilet bowl cleaning agents, in its products.

“You shouldn’t treat your body that way,” McCutchen said. “Like, in no aspect.”

In addition to selling its products, McCutchen and Recalde said, Cocobee aims to create a community of people who hold each other accountable for making good decisions about their health. To this end, Cocobee has held “wellness parties” or “goal parties,” which are events where attendees talk about routines they follow to stay healthy and where they meditate, do yoga, and talk about chakras. McCutchen described these events as “networking events” for self-care. (I spoke with her at the Wesleyan Career Center, which may have had some bearing on her choice of metaphor.)

“People are coming together just to talk and meet each other, and hopefully with the events…we could generate a large network of people just like networking,” McCutchen said. “But like networking redefined, in this way that’s like, ‘Are you taking care of yourself?’”

At these events, Cocobee’s founders have collaborated with groups on campus with the hope of developing a community focused on creating healthy habits and having discussions about living sustainable lives.

At their first event, with the Women of Color community, students made skin care products and took them home. Unlike the other products Cocobee makes, which are funded through Recalde’s and McCutchen’s own investments, this event was funded through the Student Budget Committee.

The group collaborated on Jan. 30 with Loam, a campus environmental magazine, for a “Get Your Glow Back” event held to get students to practice healthy habits at the beginning of the semester.

For Recalde, events like these are central to what Cocobee does; they differentiate it from the many other companies that offer natural skin care products.

“When I imagine this company, I don’t just imagine it to be, we’re having skin creams and body butters and stuff like that,” Recalde said. “We’re [also] helping people create rituals for them to celebrate their being and their existence.”

Update: This article has been edited to fix transcription errors.