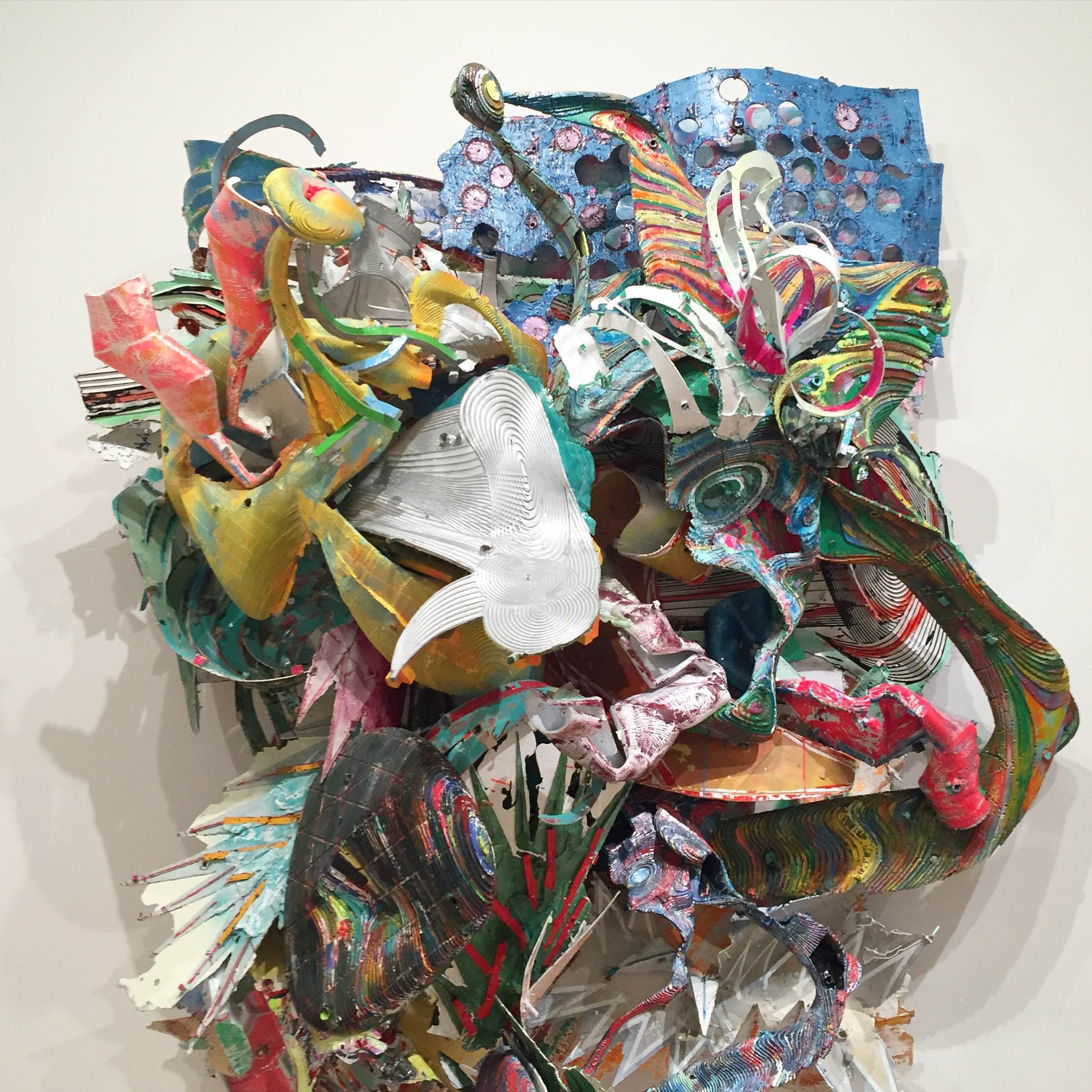 For most students, a weekend trip to New York is a rare treat, justified only by the most pressing of incentives. In terms of artistically focused motivations, this usually takes the form of a concert – perhaps a highly awaited tour stop of a favorite band or a reunion show of some variety.

Of course, with time permitting, one should not stop at music for reasons to venture outside of Middletown. Until Feb. 7, the Whitney Museum of American Art will be displaying Frank Stella’s retrospective, a show that attempts to chart the development of Stella’s works over the last few decades. It is a development characterized by a variety of artistic movements, which often contradict and refute one another.

Occupying the gallery spaces of the Whitney’s fifth floor, the exhibition packs the many phases of Stella’s career into a number of cavernous rooms. In an almost dizzying array of approximately 100 works, the retrospective includes paintings, reliefs, maquettes, sculptures, and drawings that have characterized Stella’s long artistic career. While some parts of the show are presented in chronological order, works are sometimes spaced at random, disrupting the sequential progression of Stella’s stylistic choices and themes. For viewers who are not familiar with his career, this mode of organization can be confusing and even disengaging, as works in the same general vicinity could differ in medium, decade, and central purpose.

In terms of Stella’s earlier works, the exhibition directs much attention to the series of Black Paintings, minimalist works characterized by matte enamel bands and separated by stripes of nearly blank canvas. The Black Paintings are geometric and crisply simplistic, garnering a great deal of critical acclaim in the late 1950s, especially from followers of artists like Jasper Johns and Jackson Pollock.

The physical characteristics of the Black Paintings are uniform throughout the series. Each painting consists of a pattern of stripes that directs the viewer’s gaze to a certain point on the canvas. With each “regulated pattern,” Stella explained, he drove “illusionistic space out of the painting at a constant rate.”

From afar, each piece appears to have incisive white lines that stretch across an expansive canvas, but up close, it can be seen that the stripes of white only exist because of the layer of black paint in between each pinstripe, which forms the negative space. At a distance, it is difficult to discern the wavering brush strokes of the black enamel; what would be viewed as an intense portrait of stringent exactness from afar suddenly becomes human once magnified.

The Black Paintings, along with a lot of Stella’s other work, were strongly inspired by his contemporaries. During a 1958 visit to New York, Stella recalled that he was struck by Jasper John’s paintings of flags and targets, and sought to incorporate his stylistic choices into his own work. John’s pieces reminded Stella of the power of art, as well as how art could still function in bare bones minimalism fare.

Despite the obvious affection that Stella harbors for reductionist art, not all works throughout his career (and in the retrospective) adhere to the minimalist techniques that have inspired much of his early work.

This can be seen in many of Stella’s reliefs and sculptures, most of which were created after the 1960s. In “Loomings” (1987), Stella uses ink and oil paint on etched magnesium and aluminum to create a relief that precariously threatens to jump off the gallery walls. Though metal usually connotes a sense of hardened inflexibility, the piece somehow appears fluid and malleable. Like many of the reliefs in the exhibition, “Loomings” is reminiscent of work spearheaded by Russian Constructivists, though they take what Tatlin conceived to more maximalist levels.

One of many examples is “Gobba, zoppa e collotorto” (1985), a painting-sculpture hybrid that’s anything but subdued. Bright, clashing colors dance across the canvas in fearless strokes, overlapping and coiling around one another—creating shapes that are at times orderly and geometric, yet also chaotic and irregular. Portions of the relief straddle dimensions–first appearing flat, then clearly jut into space at a closer look. Commanding in size and impact, “Gobba, zoppa e collotorto” fits in with many of the reliefs present in the show: loud, gargantuan, and pleasantly indecipherable.

To a viewer not familiar with Stella’s career, it would be difficult to make sense of the connection between his minimalist and maximalist works. How can one artist seem to embody two polar approaches in his art? What is the common element that strings his lifeworks together? These are the questions that the retrospective poses to audiences both accustomed to and unfamiliar with the works of Frank Stella.

For me, the thematic link between Stella’s works throughout the decades is that of innovation. Whether the medium was painting or aluminum sculpture, Stella always found a way to push boundaries of what could truly be considered art. In his early paintings, he followed in the footsteps of abstract expressionists before him and sought to reduce art to what it could be at its most minimal. Decades later, he sought balance in creating dazzling sculptures that embodied art at its most vibrant, towering, and physically maximal definition.

Whether or not the show was successful in terms of substance is another question whose answer will vary depending on who is asked. It is easy to walk through the exhibition and only consider the works for their decorative appeal. The dynamic colors of Stella’s reliefs and paintings dress up the sunlit walls of the Whitney’s open spaces–perfect for tourists vying for a slice of New York art for their Instagram accounts. At times, it felt that the show was curated with more of the space’s aesthetic appeal in mind rather than for presenting a cohesive narrative centered on Stella’s tremendous career.

But perhaps this is justified. Stella has already had two retrospectives at MoMA, the first at the young age of 34. His Whitney show marks the first solo retrospective at the museum’s new space, which first opened its doors early last summer. The exhibition, which would have never worked at the Whitney’s former Upper East Side space, is a chance for the museum to flaunt what it is capable of showcasing in its new galleries and breathtaking outdoor terraces.

Jeff Koons, the artist who was featured in the uptown Whitney’s last retrospective, is hardly comparable in style to Stella. Known for his readymades and shiny balloon animals, Koons’ work is a world away from Stella’s. But maybe the drastic jump in style is what the Whitney had in mind—in an effort to display versatility and glistening modernized spaces on a public stage.