Michael B. Jordan breathes life back into the “Rocky” franchise with "Creed." 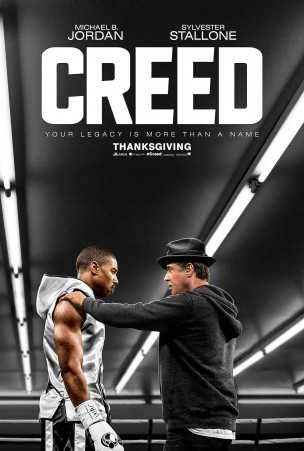 I laughed at the very concept of “Creed” when it was announced. With the arrival of the new millennium, the sports drama, as well as its most popular subgenre, the boxing film, found itself in the same hole as other classic genres such as the western. By no means has the sports drama been forgotten, but it has been severely weakened in its frequency and inherent ability to attract audiences.

A memorable boxing film will essentially roll around once every few years. David O. Russell’s “The Fighter” was released in 2010 and there have virtually been no notable boxing flicks since, save for Antoine Fuqua’s “Southpaw” released earlier this year. Sylvester Stallone had already revisited the “Rocky” franchise back in 2006 with “Rocky Balboa” and managed to successfully deliver the wrap-up fans had been expecting for over twenty years. So why possibly return to the ring in 2015?

The answer lies in the very heart of the “Rocky” franchise. With all of its emphasis on sports as macho and violent as boxing, the series, at its core, was always first and foremost about the characters’ relationships with each other, as well as, their own sense of value and accomplishment.

The original “Rocky” is astounding for its decision to not let Balboa win his climactic match against Apollo Creed. This decision, one that has been repeated in various ways since, was not merely about ending the film realistically. The decision was more about cementing the notion that victory and worth are not earned by trophies and official recognition, but by challenging and overcoming one’s own limitations.

“Creed” does not recycle this theme, but rather re-explores it in an effectively nuanced and immensely moving way. The film mirrors the original “Rocky” in various ways, but never imitates it. Excellently portrayed by Michael B. Jordan, Donnie “Hollywood” Creed shines through in his own right. Born out of an extramarital affair, Donnie grew up overwhelmed with a desire to prove himself following his early orphaning. The boys around him mock his mother for her chastity, and his father, killed in the ring before Donnie was even born, appears to Donnie exclusively as a myth–a monumental figure whose shadow Donnie feels he cannot escape. “Creed” seems oddly enough to follow the same journey of the titular character in “Rocky”. Both of them set out to disprove the ultimately absurd notion that their merit lies solely upon the shoulders of their giant predecessors.

Donnie’s development is stunning to behold. We see him rise from a child incapable of containing his rage to an accomplished adult seeking to fill an emptiness inside. What is so poignant about Ryan Coogler’s direction and Jordan’s performance is that they ensure Donnie does not fall into the hallow trope of the rebellious child.

Donnie does in fact rebel against his foster mother and his trainer. He is filled with a rage that continually threatens to consume him, but he is so much more than that. He is also awkward and shy before Emma Thompson’s stunning Bianca, and humbled by his budding relationship with Balboa. He is never defined by his anger, but is rather forcibly molded by it. A critical part of his journey can be described in his attempt to take agency over his anger, and make something productive out of it.

This thorough exploration of Donnie’s character and identity ensures that, while much of his story parallels that of Balboa, he, as a character in both the film and now popular culture, deserves to stand in his own spotlight. This is aided by what is undoubtedly the finest boxer-trainer relationship in the series: Donnie and Rocky.

While the montage training sequences may not have been as glamorous, Jordan and Stallone manage to deliver a relationship that was not only the most vulnerable throughout the series, but also the most necessary. While Donnie needs Rocky as both a trainer and a father figure, Rocky needs Donnie as a reason for him to carry on with life. The film is refreshingly honest about how as human beings we often need people in our lives to simply move forward.

This is also by far one of Stallone’s best and most profound performances. As Rocky’s son, the former heavyweight champion begins to feel the weight of time and mortality on his shoulders with the only surviving member of his close family having moved away. Stallone depicts the existential hardship of old age with a staggering balance of self-deprecating humor and borderline nihilistic vulnerability. Rocky is both at his weakest and strongest. In the former sense, he has lost virtually everything with which he used to define himself–his physique and his family. In the latter sense he is at his strongest as a character as he is forced to rethink his very identity, resulting in his rediscovery of his own purpose.

That said, “Creed” remains a stellar boxing film in its own right. As much as the relationships, for good reason, dominate running time, the fight sequences are masterfully suspenseful. It is never certain how they will turn out nor are we ever asked as an audience to naively believe in Donnie. We feel the weight of every punch delivered and received. We are constantly aware that it is quite likely Donnie will lose, but are also immensely hopeful that he will win. Director Ryan Coogler reflects this effectively in his composition of the fight sequences, balancing long takes and dynamic close-ups with purposeful slow motion. No single punch feels like it is there just for show, but rather each blow seems part of a violent dance we are emotionally invested in.

“Creed” is nothing short of a triumph; a demonstration that a beloved series, when carefully re-explored, has the potential to successfully return to the screen, even if it is nearly a decade after its last installment. Through Jordan and Stallone’s incredible performances, we are treated one more time to the magic of a saga that effectively knows how to make a notion as cheesy as, “it’s not about how hard you hit, but about how hard you can hit and get back up,” profound and believable.