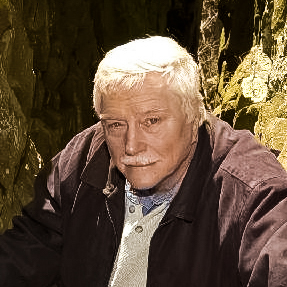 Jelle Zeilinga de Boer, Professor Emeritus of the University’s Earth and Environmental Sciences (E&ES) Department, received the 2015 Joe Webb Peoples Award, presented annually in honor of Dr. Peoples by The Geological Society of Connecticut to someone who has contributed to the field of geology in Connecticut.

According to Johan Varekamp, Professor of Earth Science, Peoples was both the state geologist of Connecticut and a professor at Wesleyan for many years. Peoples was the one who initially hired de Boer to work at the University in the ’60s.

Varekamp has known de Boer since he became a faculty member at the University in 1983. Coincidentally, they both graduated from Utrecht University in The Netherlands, though they did not attend at the same time.

“[De Boer] was one of the early practitioners of the science field of ‘paleomagnetism,’ which is applied towards tracking the movement of continental plates over the globe—continental drift,” Varekamp wrote in an email to The Argus. “In the early ’60s this was a developing field with major implications for the earth sciences.”

“[De Boer] started working on the paleomagnetism of the lava flows in the Connecticut Valley, [specifically] the hanging hills of Meriden,” Varekamp wrote. “[He] built his early scientific reputation with that work. He did many studies on the structure of New England and much of that is well regarded in the professional field.”

De Boer’s choice to study geology originated in Indonesia, the country in which he was raised.

“When I was nine the Japanese invaded [Indonesia] and put all Europeans, except Germans, in concentration camps,” de Boer wrote in an email to The Argus. “A year later, at age ten, I was separated from my mother; my father had already been deported to slave camps in Burma. [I] was sent to a concentration camp for teenage boys and old men.”

It was much later when de Boer’s experiences in a concentration camp led him on the path to geology.

“Ten years later I was visiting the University of Utrecht, located in the Netherlands, trying to figure out what to start studying when I saw a person who looked familiar,” de Boer wrote. “It turned out to be the camp fellow who had saved my life after I had been caught smuggling food. He studied Geology and brought me to the Geology department. Several faculty and many students there had also come from Indonesia originally. I belonged there and decided to take courses in general earth science.”

The rest is history; from there de Boer was met with success in his geological endeavors and teaching career.

“[De Boer] was an outstanding teacher, who received the Binswanger prize for excellence in teaching roughly a decade ago,” Varekamp wrote. “His classes were very well-liked by many, and he taught many intro science classes until the day that he retired. [His] great talents were in drawing in students to the field of E&ES, making people enthusiastic about Geology, and his field trips on the Geology of Connecticut aroused interest among students who never thought that they would be interested in science.”

In addition to his teaching accolades, de Boer also served as the chair of the E&ES department for many years, and in his later years at the University and in his retirement he wrote a number of books, to include a series that deals with Earth sciences and human development, a book on earthquakes and human history, and most recently, a coffee table book on East and West Rock in New Haven. He also co-wrote the book “Volcanoes and Human Civilization,” which Varekamp plans to utilize in the First Year Seminar he will teach this spring.

Professor of E&ES and Current E&ES Department chair Martha Gilmore wrote in an email to The Argus that de Boer deserved this recognition.

“Professor de Boer was nominated by his professional colleagues to enthusiastic affirmation,” Gilmore wrote. “Professor Peoples was a Wesleyan faculty member in our department [from] 1935 to 1975 and also a beloved leader in the study of Connecticut Geology. It is absolutely fitting that this award would be given to Professor de Boer who has worked so hard to interpret and share the wonderful mysteries of Connecticut’s history.”

Varekamp also believed that de Boer was worthy of the recognition.

“[De Boer] is a person with an inexhaustible interest in all things ‘rock and humankind’ and was often an invited speaker for civic organizations,” Varekamp wrote. “He was one of the more lively faculty members at E&ES, and as said before, drew in so many students into the department. I have been friends with him since I came to Wesleyan, and [I am] happy and proud to be his colleague for so many years.”

After receiving this award, de Boer credited and thanked Peoples in his acceptance speech for bringing him to the University and keeping him here.

“I was approached by several institutions to join them and teach Geophysics,” de Boer said in his acceptance speech. “Every time Joe Webb Peoples asked, ‘What do they have to offer that we don’t have here?’ Wesleyan had and has an ideal working environment with great colleagues, excellent undergraduates, and a vibrant graduate program. I stayed.”