In Defense of: “Gossip Girl”

What made “Gossip Girl” so appealing, despite its lunacies? 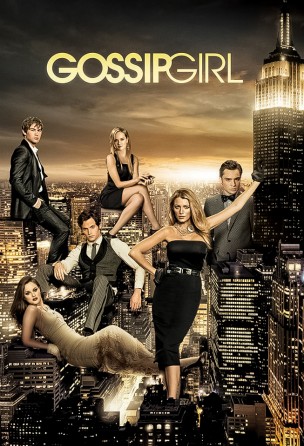 “Gossip Girl here, your one and only source into the scandalous lives of Manhattan’s elite.”

For my middle school self, those words held a glamorous magnetism, a tingling excitement for the drama that was to come, coupled with what I now realize is a somewhat concerning amount of longing for the glamour of the show’s fictional teenagers’ lives.

I’ll start by saying that I am fully aware of the disgrace that writing an article in defense of “Gossip Girl” will bring to myself, my family, and my friends. However, I am going out on a limb and writing it, because I think that while it’s virtually impossible to extol the high moral values that “Gossip Girl” promotes or applaud its realistic depiction of wealthy New Yorkers destroying each others’ lives, I will absolutely write a piece about its sinful addictiveness and the source of its shameful allure.

No one can speak to the inaccuracies of the show more than I can. It’s supposedly based on my high school, the author of the books on which the show is based, Cecily von Ziegesar, being a graduate. First off, I can definitely tell you that no one was wearing thigh-high boots with our uniforms or creating elaborate plots against their friends to maintain queen bee status. But my favorite falsities of the show are the completely outlandish ones: highlights include the so-called “poor” Humphrey family, who lived in an enormous, sunlight-flooded loft in Brooklyn, and Blair’s getting engaged to a prince whose supposedly elegant foreign accent sounded more like an unfortunate speech impediment.

So clearly no one was watching “Gossip Girl” for its informative details on the world of New York private school students—or on the world in general. And the plotlines were, let’s just say, not the most thought-through or plausible in the history of the television world. So what was it, exactly, that made it so enticing, for my fellow middle schoolers and me, some of whom were members of the society that the show claimed to depict, as well as for friends I’ve met at Wesleyan from Atlanta, Georgia, a world far removed from Fifth Avenue? There’s something irresistible about it, an addictive quality that kept us watching despite our awareness of the silliness and outlandishness of the show. And that, I’ll shamefully admit, still has me periodically bringing it into my Netflix queue today.

On the recommendation of a friend who will remain unnamed for her own dignity, I spent much of my Thanksgiving break re-watching the Thanksgiving episodes of “Gossip Girl.” If you’re not familiar with the series, these tended to be the episodes most wrought with drama, plotting, and elaborate depictions of luxury and wealth. Yet I couldn’t help but find the episodes bizarrely endearing; they almost always end with the van der Woodsens (yes, that is their last name) “slumming it” in a diner eating French fries, or Blair Waldorf sharing her family’s famous pumpkin pie with her father on a brief visit from his Parisian home that he shares with his male lover.

Part of the allure was, without a doubt, the wealth and elite status of “Gossip Girl”’s characters. It makes viewers feel a part of their world, receiving the same information, through Kristen Bell’s narrative as the voice of Gossip Girl herself, that these Chanel-adorned glamazons received on their Sidekick phones. The show depicted characters of this unfathomable level of wealth who had problems, who were human, and who encountered difficulties throughout their lives (even though sometimes those difficulties consisted of finding a suitable date for their debutante ball). They were rendered accessible and understandable, and they could easily make us as audience members thankful for our humble, minimally dramatic lives.

The other effect of this humanization of characters is that it allowed “Gossip Girl” to strike a balance between malice and compassion. It approached our consciousness from two angles: the part of us that enjoys watching people self-destruct, especially ones who are rich, beautiful, and well-dressed, and the side of us that wants to relate to other humans, to see close-knit, intimate relationships between friends and family members. The show managed to successfully spin the disturbingly sadistic tendencies of these elite high schoolers into endearing traits, imbuing them with just enough menace to keep us watching, but enough humanity that we don’t become absolutely estranged from them.

Though we claim to watch it because we guiltily enjoy watching them destroy each other’s luxurious lives, something tells me deep down, a lot of us tuned into the CW every week for those brief moments when the wicked witches of the Upper East Side turn out to have hearts of gold. When Jenny, after a made-up story about her loss of virginity and an unsuccessful stab at becoming Queen Bee, returns home and asks for a seat at the Scrabble game with her father and brother; when Serena rushes over to Blair’s house to comfort her after some family drama sends her back into a fit of bulimia. No one can deny they held their breath every time Chuck showed the slightest bit of humanity, in the hopes that his adoration of Blair would overcome his steely playboy facade.

“Gossip Girl” combined inaccessible wealth and vindictiveness with understandable humanity, walking the line between elitist animosity and touching intimacy. Its characters’ malice drew in our attention for the same reason we can’t stop watching car accidents or murder shows, and their brief moments of accessibility are what kept us rapt until the episode’s end, which either resolved the characters’ feuds or left us on a dramatic cliffhanger, sucking us into the next week’s installment.

I’ll end with those drama-soaked words that, uttered at the end of each episode, left my sixth-grade self craving more.