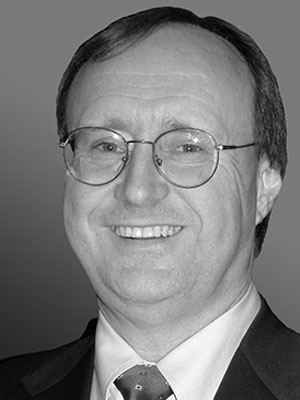 Professor of Government John Finn, specializing in constitutional law, is the author of several books on constitutional theory and is currently writing a cookbook on omelets. He sat down with The Argus to discuss civic engagement, the inadequacies of American omelets, and how he drove his college to bankruptcy.

The Argus: Why teach at Wesleyan?

John Finn: That’s an interesting question and one that I’ve spent a lot of time thinking about over the 25 to 30 years I’ve been here, because for some of my time here, I’ve had the distinct impression that some of my colleagues in the broadest sense of the term really doubt whether there’s an appropriate role for legal education in a liberal arts setting. And I want to be clear that it’s not my department [Government] that feels that way. It’s in the broadest sense. I get asked this question all the time: Why aren’t you teaching at a law school? I get asked by my colleagues. I get asked by my students. I get asked by Wesleyan alumni, by Wesleyan parents. And my answer is one that has really forced me to think about what the role of law is or should be in a liberal arts curriculum.

So broadly speaking, I sort of subscribe to a really old fashioned notion that an important part of being a citizen in a liberal democracy is understanding that you have obligations to other people, not simply rights, and I think it’s a critical part of any liberal arts education to understand what citizenship means and to be engaged in citizenship as a real practical everyday kind of activity. My scholarship is centered around that question and I’d like to think my teaching is as well. I really feel comfortable at Wesleyan. I would not want to teach in a law school, which—without criticizing anything—is I think a little bit too pre-professional and narrow-minded for the sorts of things I would like to do.

A: Could you tell us more about your scholarship and how you would explain what you do to someone who may not even be that familiar with the Constitution itself?

JF: My scholarship runs along two tracks that probably don’t have that much to do with each other. Most of it is centered around questions of constitutional theory both comparative and domestic. What I’m really interested in is how constitutional orders maintain themselves, how they survive, how they decay over time. I’m interested in other words, as I put it in my most recent book, what does it mean to live a constitutional way of life? So that’s not the study of Supreme Court cases per se, it’s not the study of constitutional provisions per se. It’s more about what it means to call ourselves a constitutional community and what do we need to do to make good on promises made to that community, as well as how we fail to achieve those promises.

A: When you’re not reading really dense legal texts about a document as vague as the Constitution, what do you like to read for pleasure or to simply inform yourself as a citizen?

JF: That sort of builds on the last question. My other area of scholarship is food studies, so I spend a lot of time reading and collecting food books of all sorts. Some of them are as simple and straight forward as cookbooks, which I love to collect and read, but a lot of them are as advanced as food and cultural theory. Some of it exists in the margins. The book I read most recently that I got the most pleasure out of was a cookbook from the early 1970s written by Salvador Dali.

JF: Yeah! Well, one, anyway. [Laughs] If you know anything about Salvador Dali, you don’t have to see his name on the cover to know it’s quintessential Salvador Dali. I’m thinking about making a movie where over the course of a year I cook every single one of Dali’s recipes.

A: So, if I’m not mistaken, you’re a trained French chef. Could you tell us more about what it took to get certified?

JF: This is something I probably shouldn’t say out loud, but I took one of my sabbaticals and went to culinary school in New York City at the French Culinary Institute. In any event, I’d like to think that the University got some value out of it, because I do teach food courses here from time to time, and I’ve published a fair amount on food-related stuff. So yeah, that was a blast. It was hard to get that degree. I can honestly say, of all of my higher degrees, I had more difficulty getting the culinary degree than any other one.

A: Could you please list your degrees so we could get some context on how difficult this was?

JF: Yeah so, B.A. at Nasson College, which went bankrupt shortly after I graduated, maybe because I didn’t pay back my student loans, but I couldn’t have been the only one who did…. Then I got a law degree from Georgetown and a Masters and Ph.D from Princeton, and then the culinary degree. Of all of them, the culinary degree was far and away the most difficult—it’s the only one that was dangerous. I could and did hurt myself, whereas I was fine getting a Ph.D.

A: What does a good meal consist of for you now that you have this degree?

JF: I still love to cook classical French and Continental European food. For right now, a good meal is a finely prepared omelet. I’m actually writing a cookbook on omelets, so I spend every weekend trying new recipes for omelets.

A: This might not make any difference, but I have a friend who’s really interested in the two different styles of omelet cooking, French and American. What’s the difference between the two?

JF: One is classic and one is a cheap knockoff. [Laughs] No I don’t really mean that. The French omelet is softer, it shouldn’t have any color, and it’s runnier, whereas an American omelet is cooked more fully, it’s drier, and it’s pretty simple. You just fold the damn thing in half. My book has four master styles for the four kinds of omelets.

A: What advice would you give to a Wesleyan student considering going to law school?

JF: First, I would say go into it eyes-open because even though some people think the market has rebounded—if it has at all—it’s a slow process, so it’s not like a law degree is like the Willy Wonka golden ticket to happiness. It’s a tough go, and there’s a reason why every survey on happiness puts lawyers at the very bottom of the list. But that said, the most important thing I would tell anyone thinking about going to law school is to major in whatever you want to major in. There’s no reason at all to think that you have to major in Government or one of the social sciences. I haven’t done this in a while and I’m glad you reminded me of it. When people come to me and say, “Should I go to law school?” I would give them a letter that Felix Frankfurter wrote to a 12-year-old boy that said, “Study whatever you want; learn to love learning.”

There is no particular approach that’s going to make you better off or more prepared. I haven’t had the most successful life, but I ended up here without taking any law as an undergraduate.