The Argus talks to Gladiator about their electronic music awakening. 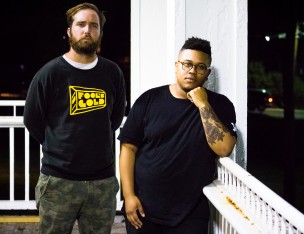 What could have been the best show of the semester on campus ended up being a gross disappointment for those who wanted to see Gladiator continue their revolution of the trap music genre. An over-capacity Eclectic house, coupled with scores of students who wanted to get into see the show, led to a short-lived chaos that was quickly diffused by Public Safety (PSafe) officers.

An influx of students who wanted to enter Eclectic while it was already at capacity led to the entire concert being shut down by PSafe. According to a junior who witnessed what happened at the front door of Eclectic, a mob mentality briefly took over the collective consciousness of normally thoughtful Wesleyan students.

The student, who wished to remain anonymous, said, “Some fairly large, seemingly athletic people were trying to rush the house. They tried quite aggressively to enter the front door after many many many requests for them to back off and give us space, and that we were at capacity.”

When asked about hir description of the students rushing the door, the witness noted that size was an important factor.

“They were very fit individuals, very large individuals. They were claiming that [Eclectic] was being exclusionary.”

Thankfully, no one was hurt and the crowd peacefully dispersed once Public Safety arrived. Unfortunately, this marked the end of what was a very promising show that many had been looking forward to all week, and one that Gladiator flew all the way from Los Angeles to perform. Nonetheless, we did get a chance to get to know band members Ian Johnson ’11 and Dan Goodman as both artists and people over dinner at Vines On Church with leaders of the Wesleyan DJs and Producers club, including Ron Jacobs ’16 (aka DJ Ronbeatz), the founder of the club and now one of the more prominent figures in the Wesleyan music scene.

Gladiator was formed after Ian and Dan had reconnected after college even though both of them started DJing more seriously once they arrived at Wesleyan and Skidmore, respectively. When asked how the Wesleyan music scene affected and informed his work, Ian pointed out that initially Wesleyan’s music scene was not the main reason why he chose to attend.

“I did not choose Wesleyan because of music. I actually chose it because the sciences are super sick here. I was a bio major. And then when I came to visit as a prefrosh I had the best time ever. It was 4/20 I think, and I said to myself, ‘What is this magical place?’”

Ian also noted that the music scene underwent a dramatic transformation during his time at Wesleyan with the emergence of electronic music as a genre.

“Like we were saying earlier at dinner, electronic music kind of wasn’t a thing yet in America. It was right at the very very beginning. I can remember honestly the day that Crookers’ remix of ‘Day and Night’ came out…. That’s when I started DJing parties here on campus.”

When asked about the first party he DJed on campus, the normally mellow Wes alum gleamed with excitement.

“It was at Psi U,” he smiled. “It was with my roommate freshman year at the time, who also went to high school with us, actually.”

“We had been telling people that we wanted to throw parties and DJ and stuff since we were making a lot of mashups and stuff at the time, and a few Psi U guys came to our dorm room [and] were like, ‘Well, play us some shit that you guys would do.’ And so I pretended to DJ for twenty minutes in Allbritton on my computer.”

Ian then burst out into laughter and explained that, miraculously, the brothers were impressed and invited him to DJ his first show at Wesleyan.

“We told everyone we knew about it, so basically the entire freshman class came,” Ian smiled and said, “After that moment I was like, ‘Oh shit, I’ve gotta do this all the time.’”

From then on, Gladiator experienced a meteoric rise, signing with a record label and then touring all over the world, from LA’s hottest clubs to Australia’s flourishing music festivals. Although the Wesleyan community only got a fleeting glance at the revolutionary force that is Gladiator, there remains hope for aspiring DJs on campus despite fewer social spaces for concerts.

When asked what advice they would give aspiring DJs, Dan immediately responded with some words of wisdom.

“Go into this with no ego. You are not better than anyone else. You are merely an amalgamation of everything that has happened up to this point to create the music that you are creating now,” he said. “Just know that this game is about being humble, it’s about being respectful, it’s about loving the people around you—and it’s not about being a douchebag and pretending you’re better than anyone else. That is not what the game is about. That’s it.”