One camp hates Franzen; the other loves him. This reviewer falls somewhere in the middle. 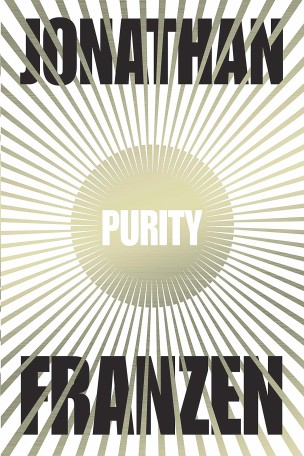 It’s hard to find a nuanced assessment of novelist Jonathan Franzen these days. Ever since TIME Magazine anointed him a “Great American Novelist,” Franzen has found himself the subject of two—and, really, only two—camps of people. One camp is full those who love him; the other is full of those who hate him. The former believes he is the next Dickens or Melville; the latter believes he is a pretentious fraud. In “Purity,” Franzen’s fifth and latest novel, the truth lies somewhere in between: the story is rich, but the writing is often overwrought.

The main character of “Purity” is Pip Tyler, a 20-something saddled with college loan debt, left without money, ambitions, or plans. She has a goal, learning who her father is, but her hopes of fulfilling that seem futile. Her mother changed names some years ago, and left her old life—and any traces of her ex-husband’s identity—behind in the process. When we meet Pip, she is working in a job she hates and is no good at, yet seemingly has no intention of leaving. She has opted instead for some sort of static lifestyle, one that leaves her unable to succeed but also unable to fail.

Pip’s life trajectory changes dramatically when she meets Annagret, a German woman involved in the Sunlight Project, a fictional competitor to WikiLeaks. Pip has no interest in the project’s mission of making corporations and government organizations more transparent, but she is interested in the technology she would have at her disposal. If she joins the Project as an intern, Annagret promises, Pip will be able to find out her father’s identity.

Pip eventually finds herself in Bolivia, at the facilities of the Sunlight Project, where she learns that she is not the only one with questionable motives. Every character in the book has a secret, and Andreas Wolf, the founder of the Sunlight Project, is by no means an exception. A charismatic man, Andreas grew up in East Berlin and, following protests outside the Stasi Archives, became a hero in Germany and in the West. Now, he is an Internet darling, adored by the media, with a record on Google completely devoid of scandal. But he has stories from his days before the fall of the Berlin wall, stories he’d rather keep under wraps. And his fame, he finds, leaves him potentially exposed. Andreas finds Pip a valuable resource, someone whom he can use to protect his own past from exposure.

Pip is an unusual, and surprising, choice for a central character. She is not the active, adventure-seeking type that pushes the plot forward and advances the story. Even with the technology she gains from the Sunlight Project, she knows too little—and is not adept enough a researcher—to find information about her father by herself. Instead, she is assisted at nearly every twist and turn, dragged from one storyline to another.

Neither is Pip the most intriguing character in the book—that title goes to Andreas—but she serves well as a magnet to which the other (often more interesting) characters can become attracted. All of the characters are, in some way, connected to Pip. And, because Pip is so passive, they can all operate and scheme through her. “Purity” very effectively ends every chapter with a major revelation in plot; it is through Pip’s passivity that these changes in the story can happen.

But while “Purity” often works well on the level of plot, Franzen can be especially eager to digress from the story. At times, he inserts themes—fame, the Internet, transparency—and spends too long writing about them, diverting the reader’s focus from any semblance of action, or even character. At other times, the writing comes in the form of a character’s thoughts, unfiltered and unfocused. (Franzen’s purpose here in drawing out the lines is intentional, but that doesn’t make them particularly wanted.) And sometimes, Franzen diverts from the story to insert a quick joke about “great expectations,” reminding the reader where Pip’s name comes from.

It is this final point that often leaves people discontented with Franzen’s writing. Franzen’s humor can be biting and fun, but it often has the tendency, too, to become corny and unnecessary; it can even be pretentious or condescending. To his fiercest critics, Franzen incessantly acts above them. He is full of himself, arrogant, and too eager to laugh at his characters rather than with them. TIME’s declaration that he is a “Great American Novelist” hardly helped people to hate Franzen less.

I mention this because “Purity” is, to a large extent, a novel about the reputation Franzen has garnered. Andreas spends a great deal of the book worried and ambivalent about his relatively newfound fame. On some level, the attention is great, but now everything in his life is being monitored; he is too visible. It is hardly avoidable to think that Franzen, on some level, is talking about himself.

Elsewhere, when he writes of a struggling author, trying to write a book that will stake his claim in the American canon, Franzen is less vague about his intentions.

“Once upon a time, it had sufficed to write ‘The Sound and the Fury’ or ‘The Sun Also Rises,’” he writes. “But now bigness was essential. Thickness, length.”

This same character later complains about “a plague of literary Jonathans”—“if you read the New York Times Book Review, you’d think it was the most common male name in America.”

In context, both lines seem to me humorous quips, sly attempts on Franzen’s part to make fun of his reputation. They are also there only for the humor; they hardly serve the story. Regardless, the quips hardly seem evidence of Franzen’s wickedness, or his brilliance. Instead, they lie somewhere in between, deserving of the nuance Franzen never seems to receive.