Djemba Djemba, The Julie Ruin, and Jeremih make up a diverse and surprising Spring Fling slate. 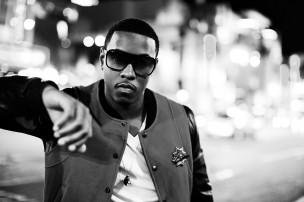 After a particularly brutal winter, it seems like Foss Hill is once again visible. And with the greening of the grass and the warming of the weather came the highly anticipated announcement of the lineup for Wesleyan’s 2015 Spring Fling. Over the past few months, many students have speculated, guessing at what three musical acts will help students round out the academic year. On Wednesday, the Spring Fling Committee revealed the final lineup, and here it is:

Based out of L.A., Djemba Djemba has already helped produce tracks and beats for a number of top tier artists at only 26. Fusing trap with a number of diverse trends in dance music and electronica, the Spring Fling opener is one of the most exciting artists currently signed to Mad Decent, the innovative record label spearheaded by Diplo. Even for those unfamiliar with Djemba Djemba as an artist or with the genre in which he operates, his ferocious and multi-layered production is sure to be immensely exciting.

Named after a 1998 solo record produced by legendary riot grrrl and punk musician Kathleen Hanna of Bikini Kill, The Julie Ruin reunites Hanna with former bandmate Kathi Wilcox for a revitalization of the sound that made Bikini Kill and Le Tigre so dynamic during their heyday. The group’s first record, released in 2013, is an unsparing musical document, brimming with political fervor, unapologetic emotion, and absolutely killer sound. Having influenced groups like Sleater-Kinney and Nirvana, Hanna continues to be one of the most exciting and important voices in rock. The Julie Ruin serves as a reminder of how before-its-time the music of Bikini Kill was, especially in the male-dominated grunge scene that permeated musical conversation in the 90s.

Have you ever had a birthday? On that birthday, have you ever received “Birthday Sex?” Perhaps known best for the infectiously sexy pop tune that quickly grew into cultural shorthand, R&B songwriter and multi-instrumentalist Jeremih is slated to be one of the most interesting headliners in recent memory. Though his inclusion as the centerpiece of Spring Fling has already led to some vocal detraction, it’s hard to pretend that the man can’t write a hook. Fresh off the runaway success of his most recent single, “Don’t Tell Em,” Jeremih is poised to bring his smooth stylings to campus just in time for the release of his newest LP, “Late Nights: The Album.”