With or without snow on the ground, Wesleyan University remains physically inaccessible to many. 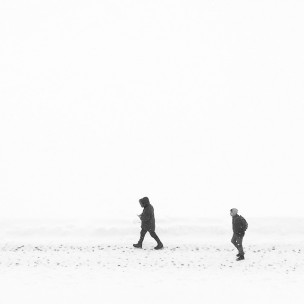 When I looked out my window last Monday morning, snow was coming down thickly, and my little car was covered in white. Rather than the glee that snowfall used to bring me, I felt instead a very sharp sense of dread. Still, I began my day the way I do every day: by checking over my entire body for injuries.

My morning routine always contains this inspection and usually includes relocating my shoulder, if not a hip or wrist as well (I need to stop sleeping on my side). You see, I have a rare genetic disorder called Ehlers-Danlos Syndrome that causes my joints to dislocate, among numerous other problems. I am often restricted in my physical abilities, and I frequently use mobility aids, joint braces, and other accommodations to navigate my life as a graduate student. Icy sidewalks and snowy stairs in particular present a very serious health risk for me. In fact, just a few days ago, I slipped on some ice and fell. The result? A severely twisted pelvis and rotated hips, setting me back at least a month in physical therapy.

Even without dangerous winter weather, the University is not the most physically accessible campus. For example, the building I work in, Van Vleck Observatory on Foss Hill, has no disability access at all. To gain entry to any portion, you must climb stairs. The lecture hall in which I had one of my classes last semester was equally inaccessible. Class schedules are not conducive to regular medical care, and weekly problem sets become a struggle during hospital visits. I have encountered outright discrimination from professors and experienced violations of the Americans with Disabilities Act.

The fact that I attend my lectures regularly is a daily victory: the result of hours of preparing my body and a concerted effort to be quite careful. At such a progressive university that has made good strides in addressing gender identity and equity, it is surprising to see little to no progress in confronting ableism. Given these forward-thinking policies on other issues of social equality, it’s hard to see the lack of accessibility and resources on campus as anything but the result of an assumption that all Wes students are able-bodied. This is absolutely false.

Ableism doesn’t stop when you graduate, either. According to Section 14(c) of the Fair Labor Standards Act, employers can apply for Special Wage Certificates that grant them the right to pay workers with disabilities less than minimum wage. In New York, for example, the New York Central Media Group found that workers with disabilities get paid a “subminimum wage” as low as $0.33/hour compared with the state minimum wage of $8.75/hour. Across the United States, the median income for a person with disabilities has been steadily dropping since the late 1990s and fell to just $30,500 in 2012, compared to a rising national median income of $53,046, as recorded in national census surveys.

“You should be able to show your teachers, and then anyone else, how what you’ve made in a class, what you created, demonstrates your capacity to do other things and what you’re going to do next,” President Michael Roth told the Washington Post, discussing the fundamental changes he wants to see in college classrooms.

I agree, but Roth misses the fact that the University’s daily decisions and institutional practices fail to extend these opportunities to students with disabilities.

Last Monday morning, Roth tweeted during the heavy snowfall: “Ready for classes @Wesleyan_u[.] Appropriate footwear will help.” As you can imagine, the contrast between this and his vocal support of students was shocking. Snow boots don’t help a person with disabilities navigate a foot of snow and icy sidewalks when the University has cancelled The Ride. Winter shoes don’t help a person with a cane access a building that has only stairs. Having snow-proof boots would not have prevented my serious injuries, but maybe disability-inclusive snow policies would have.