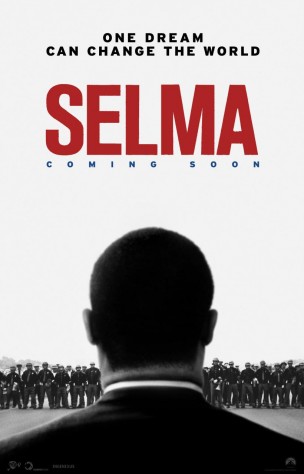 Actor in a Leading Role:

Michael Keaton vs. Eddie Redmayne. It’s that simple. And it’s a shame, because Benedict Cumberbatch, as pioneering computer scientist and mathematician Alan Turing, gave a subtle, nuanced, and ultimately knockout performance in “The Imitation Game.” While Cumberbatch could have easily turned in a safe performance, hiding behind Turing’s alluring “reclusive genius” routine and a compelling storyline, he presented Turing as a truly multi-faceted character by injecting a particular agility and quick wit.

That’s not to say both Redmayne and Keaton were not brilliant as well. Redmayne’s daring portrayal of physicist Stephen Hawking was the most impressive physically transformative performance of the Oscar season. However, it is Keaton, whose comeback story will likely fuel voters’ sentimental tendencies, who will be awarded for a performance that would make proud the tough critics of Broadway that his protagonist Riggan Thomson so desperately strives to impress. His performance, equal parts comically self-aware and fearless, delivers by exploring the insecurities, depression, and ultimate triumph of a man haunted by a Hollywood past he cannot leave behind.

Actor in a Supporting Role:

There should be no surprises here as J.K. Simmons (“Whiplash”), whose Golden Globe victory capped his domination of every key award ceremony this year, will and should emerge triumphant. Simmons’ performance as the abusive jazz instructor Terence Fletcher is almost too excruciating to bear. Simmons, who does great evil (see the neo-Nazi Vernon Schillinger on “Oz”) and sleaze (as J. Jonah Jameson in the “Spider-Man” trilogy), meshes these two facets of his acting persona and envelops them in an unbelievably intense rage.

Even in a comparably weak year, both Ethan Hawke as Mason Evans Sr. (“Boyhood”) and Edward Norton as Mike Shiner (“Birdman”) offered a pair of underrated performances that mused on the vulnerabilities and quiet humor of men marginalized in their personal lives. While Keaton’s Riggan Thomson has attracted much of the praise, it is Shiner’s wild antics and his relationship with Lesley (Naomi Watts) that makes for some of “Birdman”’s most compelling drama.

Actress in a Leading Role:

Although “Still Alice” is just making its widescreen debut, the always-excellent Julianne Moore, as a doctor who is stricken with early onset Alzheimer’s, has built up considerable momentum heading into the Oscars. Moore’s heart-wrenching performance is likely to take the gold here through a combination of early positive reviews and recognition that is long overdue for the industry-adored Moore, who has never won an Oscar despite five nominations.

Notwithstanding Moore’s powerful performance, both Reese Witherspoon (“Wild”) and Rosamund Pike (“Gone Girl”) pose a threat to her coronation. As “Amazing Amy,” it was Pike, who embraced her psychotic role with a no-nonsense grit, whose performance had me on the edge of my seat more than any other actress this year. Witherspoon’s brilliant comeback in “Wild” is worthy of merit as well. By handling a role with quiet confidence that easily could have dissolved into a predictable and overly emotional mess, Witherspoon was the driving force behind “Wild”’s ubiquitous critical acclaim.

It’s also important to note that Amy Adams (“Big Eyes”), who won the Golden Globe for Best Actress, failed to even receive a nomination here, which should give pause to anyone who automatically assumes Golden Globe success is an absolute predictor of Oscar triumph.

Actress In a Supporting Role:

After her startlingly vulnerable performance in “Boyhood,” Patricia Arquette’s Oscar hopes should follow a similarly predictable path towards victory as her male counterpart J.K. Simmons.

While Arquette will likely attain the acclaim she deserves, the Supporting Actress ballot reflects several disappointing snubs. Most notably, Jessica Chastain’s typically elegant and fiery performance in “A Most Violent Year” failed to receive the recognition it deserved, a plight that befell a film that failed to receive a single nomination. Chastain’s acerbic, hard-nosed Brooklyn shtick is ultimately more unforgettable than either roles by Stone and Knightley, which admittedly left both actors with little to work with. In addition, Rosario Dawson, as a comedic foil and ultimately more human counterpart to Chris Rock’s alienated movie star in “Top Five,” deserved a nomination.

BEST ACTOR IN A LEADING ROLE

BEST ACTOR IN A SUPPORTING ROLE

BEST ACTRESS IN A LEADING ROLE

BEST ACTRESS IN A SUPPORTING ROLE