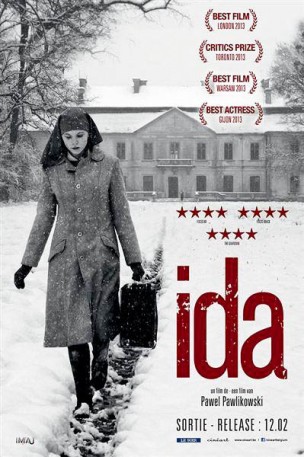 In this day and age, when Europe can no longer monopolize the international cinema market that the U.S. gets exposed to, the Best Foreign Language Film Oscar is more important now than ever. While the nominations and awards are still drastically skewed toward the European market, progress has steadily and very noticeably ensued, and unprecedented diversity has struck the candidate lists significantly over the last 10 years.

Europe is still in control of this awards season. Of the 13 foreign nations whose industries have collected more than one Oscar, only 2, Japan and Argentina, are non-European. While the differing dynamics of each place’s politics, economics, and artistic standards certainly come into play, there is no doubt that there is a bias toward Europe. The last five years have not done much to disprove this notion. Three of the five previous winners were not only European, but from countries that have been awarded the prize more than once. That being said, it is crucial to note that Asghar Farhadi’s “A Separation,” an Iranian drama about domestic life, did win the 2011 Oscar proving that this bias is neither absolute nor, hopefully, permanent.

The nominating process this year has produced a terrific and diverse selection of films, both nationally and thematically. There is Abderrahmane Sissako’s “Timbuktu,” a Mauritanian exploration of an Islamist militant occupation of the titular ancient city. From Argentina we get Damián Szifrón’s “Wild Tales,” a black comedy on the extremities of human behavior. Representing its region’s bitter history of conflict is Zaza Urushadze’s Estonian-Georgian “Tangerines,” which features enemies, friends, and fruit in its message of pacifism. Then there is the internationally renowned and biblically inspired critique of contemporary Russia, Andrey Zvyagintsev’s “Leviathan.” Last, but most certainly not least, there is Paweł Pawlikowski’s “Ida,” a haunting black and white tale of an orphaned Holocaust survivor discovering her heritage.

Especially given the major differences in plot and language, it is hard to objectively claim that one of these films is superior.

While its nomination indicates a push in the right direction, “Timbuktu” stands no chance of winning. As a film about Muslim African-Arabs, it is extremely alien to the vastly white audience of the Academy. As a film about shedding a human light on Islamist militants in a country that does not even appear in mainstream American news coverage, it could not be more detached from the voters’ humble outlook on the world.

“Wild Tales” then comes into question. Even though Argentina has snagged the prize multiple times before, the film’s comedic nature bars it from becoming a contender. Over the last 10 years there has not been a single winner of the Foreign Language award that did not directly, and dramatically, address a widely considered issue. Ranging from social taboos, and extreme poverty, to the Second World War, the award is practically geared toward a certain level of ostensible seriousness.

“Tangerines,” while certainly closer to this Academy archetype, still falls short, focusing on a conflict that has not been important to American political policy abroad. The war in Abkhazia is not a particularly well-known topic. In the last 15 years, no film that fixated upon a historical conflict that was not critical to Western attention has won the award, and it does not appear as though this film will break the mold.

“Leviathan” stands a significant chance of bringing Russia the Oscar. Having gained the attention of immensely influential critics—such as Wesleyan’s own A.O. Scott—the film’s multi-layered and complex tale appears ready to whisk away the hearts of its voters. In fact, I would have declared it the probable champion if it were not for the last entry on this last.

“Ida”: the film practically guaranteed to grant Poland its first ever Oscar. Its unique revisitation of the Holocaust has captured the attention and unwavering acclaim of countless international audiences. It does not hurt that it is shot so stunningly that it earned a further nomination for Best Cinematography, making it the only film of this year’s Foreign Language selection to be nominated for an additional category.

While “Leviathan” is not without hope, it appears as though one can safely say which nation the Academy will be honoring this year. Ida’s historical context and wide success make it the ideal contender for the prize. Either way, it looks like Europe is once again going to grab the prize.