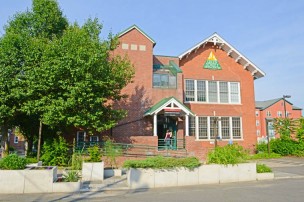 Earlier in January, the University’s Green Street Arts Center announced its transition from being primarily a center for arts programs to being a more inclusive learning center. The facility will now be called The Green Street Teaching and Learning Center, or Green Street TLC.

The center will continue to serve the Middletown community with various programs, including the Discovery AfterSchool Program for students of Middletown’s elementary schools, courses for teachers of the Common Core, a Private Lessons Program, and science safety workshops. In addition, Green Street TLC will increase its involvement with various Connecticut learning programs, including the University’s Project to Increase Mastery of Mathematics and Science (PIMMS) and the Connecticut Higher Order Thinking (HOT) Schools.

Shifting from an arts center to a learning center will increase Green Street’s accessibility and appeal to the Middletown community, according to Sara MacSorley, Director of Green Street and PIMMS.

“This structure better represents the work we do in the community and also allows us to grow our programs in the arts, math, and sciences for kids, teachers, and our broader community,” MacSorley told The Wesleyan Connection.

The Center has established itself over the past 10 years as an integral link between the University’s student body and the Middletown community. It is a part of Wesleyan’s Center for Community Partnerships, which seeks to establish a strong bond between Middletown and the University.

“We have linked Wesleyan to the local community for 10 years and look forward to an even more rewarding collaboration in the years to come,” MacSorley said.

Green Streets welcomes University students as volunteers for its many programs. The two student coordinators for Green Street are Kamilah O’Connor ’17 and Anna Flurry ’17. O’Connor explained her role as coordinator.

“We facilitate the relationship between the Wesleyan students who want to work or volunteer and the Green Street staff which includes interviewing and scheduling,” O’Connor wrote in an email to The Argus. “I also work at Green Street as a teaching assistant for the various classes Green Street offers and as a homework helper.”

O’Connor described the process by which students can propose a program or class at the Center.

“Wesleyan students have the opportunity each semester to submit a proposal for a class to Green Street which allows them to share something they are passionate about in the classroom or an extracurricular activity with Middletown kids,” O’Connor wrote.

Kellyn Maves ’16 has worked at Green Street since the spring of 2014 as a teacher’s assistant in two art classes. Her volunteer tasks include enforcing rules, ensuring that students stay on task, and checking homework.

“In my opinion, Green Street provides the Middletown community with a needed form of childcare for families with parents who work until a later hour than their children will be in school,” Maves said.  “Green Street also provides an environment that allows children to explore areas of study, like computer design or hip hop dance, for example, that they don’t otherwise have the opportunity to pursue.”

Maves described Green Street as an essential connection between the University and the surrounding community. He explained that the programs not only benefit Middletown residents, but also allow University students to become more immersed in local life.

“Green Street provides a reason for Wesleyan students to get off campus and interact with people who exist outside of the Wesleyan bubble that we live in on campus,” Maves said. “We [can] get some perspective on what life is like for the members of our Middletown community who are not college students.”

“Green Street is a place where I can get to know some of the kids and parents that live in the community around campus which offers me a perspective on the lives of the people that surround Wes,” O’Connor wrote.