The Argus talks to Matt Lynch '15 about everything from singing to soccer to senior citizens. 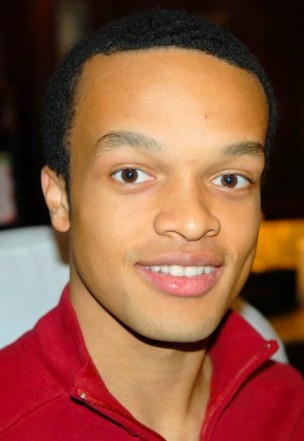 Whether you’re into molecular biology or musicals, senior citizens or soccer, you’ve probably heard the name Matt Lynch. That’s because this energetic senior is in more camps than he has feet. This jack of all trades spoke to The Argus about Taiko drumming, meiotic enzymes, and that one time he accidentally stabbed himself.

The Argus: Why do you think you got nominated as a WesCeleb?

A: Can you talk a bit about what you’re involved in on campus?

ML: Absolutely. So, I was recruited for the soccer team here, and I’ve been playing since freshman year. Last year was a really great year for me individually, but also for us as a team. That was actually the first year that I moved up from the B-team to varsity. Obviously, I’m on the varsity soccer team now as well. And we have a game tomorrow, which is really cool. I’m really excited for that.

But outside of sports, I’m really involved in other things as well. I am the co-coordinator for WesAGE, [which] is pretty much a community service outreach program that facilitates relationships between Wesleyan students and Middletown senior residents. A few times throughout the week, we go down to assisted living facilities right outside of campus like 1 McDonough Place and bring student groups down to participate and engage with the old folk there. So it’s really cool; it’s a really engaging experience. One of the most recent groups we brought down was a breakdancing group. So it’s kind of bizarre seeing a bunch of 85- and 90-year-olds spinning on their heads. Not advised or recommended but definitely one way to get involved.

So I guess doing small things like that—small in someone’s eyes; it’s a really important thing in my eyes—but doing something like that gives me a high in that regard. And it’s nice knowing that my work is being recognized not just by the people who I’m working with.

I’ve been involved with six productions since my freshman year, either with Second Stage or senior theses. My favorite production that I’ve been involved with was Macbeth my freshman year. I actually got stabbed in the neck, but I don’t tell many people about that. It was kind of a bizarre incident that happened. I grabbed the wrong knife, and I actually grabbed the real knife.

A: Who did you play?

ML: Who did I play? I didn’t play any major character. I played one of the messengers with Michael Firer [’13]. I don’t know if you know him, but he graduated when I was a freshman. He was really cool. I guess we were the two goofballs and comedic relief of the show, which was pretty cool.

But more recently, I played Bruce Springsteen in a senior thesis by Lindsay Schapiro ’14, who graduated last year….She got honors for her Bruce Springsteen concept album show called “Highway Alive.” That was really fun, playing him.

I’m learning guitar, and my calluses are here now. I’m taking guitar lessons throughout the semester, which has been fun. I guess that’s a little bit about theater and art and plays.

I’m also in an a cappella group with Dex [Blumenthal ’15]….We’re in Quasimodal together. A cappella is obviously a lot of fun. We recently, last semester, went down to Covenant Village, which is a retirement home in Cromwell; I work with Covenant Village through WesAGE. We brought my a cappella group down to Covenant Village to perform for 100 people. They were obviously really eager to hear us perform. It was a lot of fun. It was good practice for us, too, before our final concert. So I think we’re going to definitely do that again throughout the semester for sure.

A: That’s an example of your interests meeting. Do you feel like that’s generally the case? They seem pretty varied.

ML: That seems to happen a lot and not just with different things I’m doing outside of the classroom….Growing up, I always loved tapping on desks and things like that, so I was immediately musically inclined. But I’ve taken classes like [MUSC418] Advanced Taiko-—Japanese Drumming, and I really enjoy music in that regard. But at the same time, I was taking classes like [ENGL230] Introduction to Asian American Literature, so I was reading and discovering about the history and atrocities happening to people from Asia and Asian American people. And at the same time, I’m taking this drumming course that [is] focused on Japanese-style drumming, so there’s not necessarily a direct comparison, but it was nice to see some overlap and intersection in that regard, which is really cool. I like when that happens because it means a liberal arts education is working, right?

A: Right. What are the science things that you’re involved in? You mentioned that.

ML: I’m a molecular biology and biochemistry major, and my experience with research, I guess, has been a little bit unorthodox. I did one semester of research last year where I worked with [Assistant Professor of Molecular Biology] Amy MacQueen and looked at Zip3, which is a meiotic enzyme. Definitely, my academic interests and my interest in sciences is geared toward medical science. I’m pre-med now, hoping to go to med school after graduation.

A: Where do you see all your non-science interests going after you graduate? Do you want to do more with performing?

ML: Maybe. I hope so. I don’t know how practical that would be with med school, but I definitely hope to continue playing and learning the guitar. It’s just something I took up this summer, and I’m two and a half months into learning it, but I absolutely love it. I had guitar lessons yesterday with [Private Lessons Teacher] Tony [Lombardozzi], and he was talking about how he had students coming through Wesleyan and who were in med school who said, “Do not drop the guitar if you know anything. Just leave it on the guitar stand in your apartment or in your room, so when you come home from class, you can just play.” I guess that’s something I really want to do. And maybe if theater or acting presents itself or opportunity presents itself, I’d be able to take advantage of it.

Wesleyan has taught me how to say, “No,” to some things. I was asked to be in “In the Heights” and all these other productions for this semester. Ask Matt Lynch three years ago if he wanted to be part of these things, and I’m sure he would have said, “Yes.” Ask me now, and I guess I have the ability to say, “Maybe not now.”

A: Is that hard for you?

ML: Sometimes it is. It definitely was hard in that transition period from freshman year to sophomore year. Now I really do have a firm understanding of my priorities, both academically and extracurricularly. And I really do thank the student body here and the faculty here for allowing me to shape myself and understand my priorities.

A: What would you say your priority is right now?

ML: Starting at seven o’clock, my number-one priority is soccer because we have a night game tomorrow, and we are practicing at night tonight. But obviously, apart from sports, it’s definitely making sure I’m hitting the books hard and doing as well as I possibly can in school, though I would say the majority of the tuition that we pay as Wesleyan students isn’t necessarily geared toward the classroom. I feel like the interactions like you and I are having right now on a student-to-student level are much more valuable and are areas where we can learn more than those in the classroom. When we’re having a conversation about gender-neutral spaces, these are the sorts of conversations that students across the nation wish they could have. For me, at least, it’s something that’s increased my social awareness, my political consciousness, if you will. I really do value that from this institution, from this school. I guess I love Wesleyan too much in that way.

A: What’s your background?

ML: I’m from Burlington, New Jersey, and that’s 20 minutes off the bridge [from] Philadelphia, 20 minutes south of Trenton, 20 minutes north of Camden. Right in that nice, little pocket. So it’s not too different in terms of landscape and environment and climate, but it’s really different in terms of diversity of thought. I went to an average-sized public school where there weren’t too many intellectually stimulated students doing things that went beyond the norm. But I feel like at Wesleyan, it is normal, it is encouraged to go beyond just that, go beyond that frequency of “norm,” whatever that may be. I don’t necessarily feel out place, or I didn’t, coming into Wesleyan, so I guess the transition for me wasn’t that bad. I was very surprised about the collaborative nature happening between students and the excitement that students have with sharing what they’re interested in at Wesleyan.

A: What have been some of your best Wesleyan memories?

ML: For me, just every year at WesRave, the silent rave; I think that’s something that’s really, really cool, where you’re with a lot of your friends. I mean, a thousand people running across campus and listening to the same playlist: there’s something that’s unifying about that experience. But you’re also raising awareness for people who don’t necessarily feel comfortable or don’t have the ability to vocalize what’s happening to them. I’m sure this could directly relate to people suffering from sexual assault or depression or suicide or something like that. So having this opportunity to get to know your classmates but also get involved in some really creative activism on campus is something that’s really cool for me and obviously, it sticks out as a pretty prevalent memory.

Before my first WesRave experience my sophomore year, I beatboxed onstage for Joey Bada$$, who’s an up-and-coming rapper, on the stage of Psi U. For me, that was just really cool, seeing a bunch of my buddies at the frat and having Joey Bada$$ freestyle rap over my beatboxing.

A: What has been your most embarrassing Wesleyan moment?

ML: Oh, no. We can go very dark very quickly. I’ve never had that question asked. I hope no one ever asks me that question again. I saw pictures of myself my freshman year. They were pinpointed by some people who I was working with as a senior interviewer, and then they put the picture on the desktop of one of the home screens on my computer in the Office of Admissions. That was pretty embarrassing.

A: What’s on your bucket list for before you graduate?

Also, in a more realistic sense, and in a more practical sense as well and a safer one, I hope that the Wesleyan soccer team makes it to NCAA finals because my freshman year, we went, and we lost, actually, in the second round of NCAAs at Rutgers-Camden. I feel like that was one year where we could have gone a lot farther than we actually did. This year, with the squad that we have, this is actually the deepest team ever that we’ve had at Wesleyan as long as my coach has been here, he says. We just have so much potential for success as a team and as an organization. Definitely, everybody’s on the same page with that as well: make it to the NCAAs, do really well this season in the NESCAC. Although it’s not all about the trophies—it’s definitely about the experience—it’d be nice to have that.