Where there’s a song, there’s an opinion, and the summertime is flush with new music—almost too much to digest. The Argus Arts staff got together to discuss which albums caught our ear. 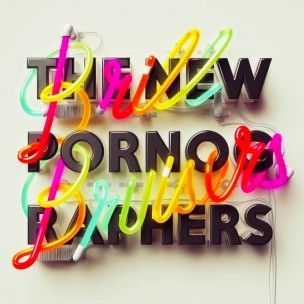 Brill Bruisers by The New Pornographers 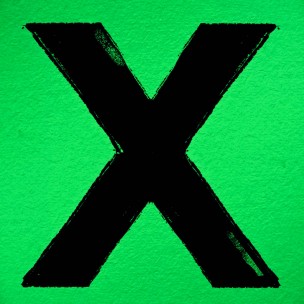 Perhaps out of some love for math, Ed Sheeran titled his latest album X (pronounced “multiply”), the successive album to the 2011 release of + (pronounced “plus”). Either that, or the Brits just love to boast their intelligent handling of all subjects (in an accent, of course). Regardless of any questionable pomp or irrelevance in the title, the album is true to its name and delivers a rather large and successful product.

This album is a pastiche of musical tastes, illustrating Sheeran’s experimentation with his musical identity. It boasts organic and exposed tracks, such as “I’m A Mess” and “Photograph,” in which candid lyrics and raw acoustics mingle to create a unique intimacy with the listener. In nearly all of his tracks, Sheeran experiments with a personal approach, creating what appear to be semi-autobiographical narratives. This is seen in the radio hit “Don’t,” a paranoid ramble on the woes of cheating and lost love. Sheeran takes a more profound approach to personal history in songs such as “Bloodstream” and “Runaway,” where stories of addiction and escape are made sharp and palpable. Despite the autobiographical undertones, even if dramatized, Sheeran speaks to issues that are universal. In proving himself an honest lyricist, Sheeran extends his repertoire of musical tools in his effort to portray a wide range of emotions.

Here, Sheeran has stationed himself in a rather precarious place, straddling multiple musical genres. Though somewhat tainted by its pop categorization and followings of tween girls, in this album, Sheeran is a true artist who alters his canvas with a vulnerability and grit that inspires reality. 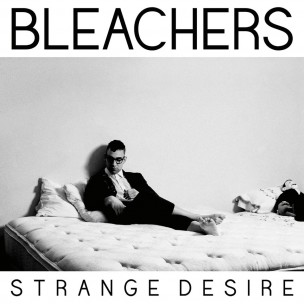 Strange Desire is an exploration of the past, present, and future. In Jack Antonoff’s first album as Bleachers, his side project (but not a replacement, thank goodness) to fun., he travels through different eras of both his music career and rock music at large. The album contains plenty of anthem pop songs that echo Antonoff’s allegiance to fun. “I Want To Get Better,” the first single off the album, has a chant-a-long chorus that makes you feel like you have your hands in the air at a soldout concert even if you’re listening alone with headphones, a feat that captures the essence of Nate Ruess. Similarly, the guitar solo in “Who I Want You to Love” sounds like the sequel to fun.’s “Stars.” Antonoff avoids simply continuing his past music endeavors by sprinkling both ’80s and more modern electro-pop throughout Strange Desire. “Wake Me” belongs in the sad montage of a Brat Pack movie (in the best way possible). “You’re Still a Mystery” has a classic “whoa-oh-oh” chorus and a running beat that also borrows from the in-vogue sounds of the ’80s. Strange Desire balances these old-school sounds with futuristic touches, particularly in Grimes’ feature in “Take Me Away.” Past and future come together seamlessly in “I’m Ready to Move On/Wild Heart Reprise,” beginning with Yoko Ono singing a beautifully raw revamp of her song with John Lennon “Listen, The Snow is Falling,” and transitioning into a robotic repeat of the album’s first track, “Wild Heart.”

However, the album truly shines on tracks such as “Like a River Runs,” which keeps the euphoric tone of the beginning of the album, but allows Antonoff to get a touch more personal. Each verse seems to bring Antonoff away from the stadium stage and on ground level, as he confides that he is ready for change. (After reading his feature in New York Magazine, this acceptance of growing up carries more weight.) If anything, “Strange Desire” proves that Antonoff should definitely keep trying new things, as long as he promises to reunite with Ruess at the end of the summer. 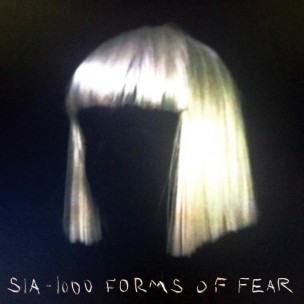 Originality is scarce in today’s music industry. Nowadays, there are songwriters who write lyrics like they’re merely homework assignments, and there are singers who pay attention to nothing but publicity. Among the few well-known artists who still value originality, Sia Furler stands out as the mastermind behind hits like Rihanna’s “Diamonds” and Beyoncé’s “Pretty Hurts.” Her songs have been sung by entertainers ranging from Christina Aguilera to Celine Dion.

The title of her latest album, 1000 Forms of Fear, is fairly self-explanatory in content. It’s a journey into Sia’s fear, desperation, and darkness with shades of hope. Sia’s not afraid to open up about her feelings, and in fact, the album is an interactive experience for its listeners; it allows you to put on your headphones, close your eyes, and lose yourself in Sia’s world. “Chandelier” is the centerpiece of the album, where Sia’s vocals are at their best, and it serves as an amazing intro to a dark album with serious content. Songs such as “Big Girls Cry,” “Free The Animal” and “Cellophane” are a great showcase of Sia’s ability to fit diverse musical genres into a single album. 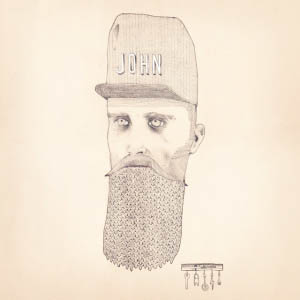 Owl John, the first album released by Scott Hutchison (the lead guitarist and songwriter of indie outfit Frightened Rabbit) for his solo project of the same name, came out somewhat quietly at the beginning of August. In many ways, that’s befitting the record itself, which is made up of the sort of small, smoldering anthems that have speckled Hutchison’s work with Frightened Rabbit. Each track seems to bend under the weight of its subject, and Hutchison’s voice, which sounds weary and eroded even during joking mid-show speeches, crackles across the lyrics, which themselves seem to stagger—a sort of harsh, blunt poetry.

While the album is far from perfect—it at times seems both too experimental and too close to what Hutchison does with Frightened Rabbit—the raw emotional honesty and intricate arrangements imbue each song with a sort of sorrowful immediacy. On “Los Angeles, Be Kind,” Hutchison brings to life a location that seems both visceral and abstract, spilling admissions and fears that ring true like the few moments of frail honesty that sneak in amongst the ramblings of a drunk trying to appear alright. As a result, even when the album feels derivative of Hutchison’s other work, it still manages to feel wholly unique. That’s always been his gift with Frightened Rabbit: writing songs that, if sung and played by anyone else, would appear stale, indulgent, or histrionic. But in Hutchison’s voice, with his special brand of exultant desperation, the cliché becomes unique and personal and wounding. 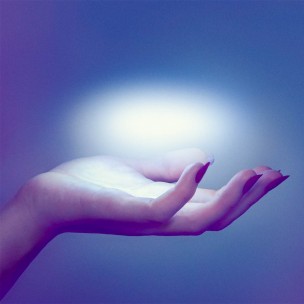 They Want My Soul by Spoon

It’s not fair. It’s not fair that, after 20 years making stellar albums, Spoon is still this good. And They Want My Soul isn’t just good; it’s damn fantastic. Maybe I’m just sick of what seems to be an endless cycle of “buzzbands” and silly genre fads (I’m sorry, but the word “chillwave” just shouldn’t exist). Or maybe I’ve got a soft spot for the band (hint: I do). But They Want My Soul is rock music at its finest, all attitude and energy. Here, there are no frills. It’s just a band at the top of their game making songs that feel of the moment and yet somehow timeless.

There’s “Rent I Pay,” which begins the album like a starter pistol. “Inside Out” capitalizes on Spoon’s introspective side (instrumentally and lyrically) and adds a gorgeous harp solo to bring it all together. “Knock Knock Knock” is a song so infectiously cool that it might as well have a cigarette hanging out of its mouth. And then there’s “Do You,” a song with a pop skeleton but surprisingly dark undertones, lyrically filled with loss and confusion all while channeling a summery melody. It’s the best thing Spoon’s done since “The Underdog.” Everything here came out three weeks ago, but it could have come out in 2004 or 1974 and sounded just as fresh as it does today. “All the sellers and palm readers want my soul,” Britt Daniel sings on the album’s title track. If this album is any indication, they never even came close to taking it. 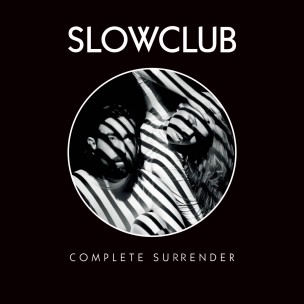 In the midst of the mid-summer heat, folk-pop duo Slow Club released its third studio album, Complete Surrender. Following the example of many of history’s greatest albums, Slow Club creates a unique and enveloping sonic aesthetic full of boisterous big-band horn sections, shrill violin accents, and reverb-laden guitar chords straight out of the ’70s. The album kicks off with “Tears of Joy,” a happy-go-lucky jam, and rolls through the pageantry-filled “Suffering You Suffering Me,” the jaunty optimism of “The Pieces,” and the supremely catchy and anxiety-ridden synths of title track “Complete Surrender.”

They also harken back to their street-performing roots on “Number One” and “Paraguay and Panama” by dropping the drums and relying on Charles Watson’s guitar or piano chops, both of their impeccable song writing abilities, and the eerily perfect combination of their voices in harmony. These tracks could both reflect Slow Club’s humbler beginnings, but could never fit into either of its prior albums; their slower songs have moved away from sweet odes to young love and have taken on a darker tone of social commentary, lamenting the “TV shows rewarding treachery,” and a more cynical view of relationships, as expressed in the hidden final track “Fucking Feelings.” If you like groovy disco bass, killer harmony, and heart-wrenching lyrics of love lost, check this album out.