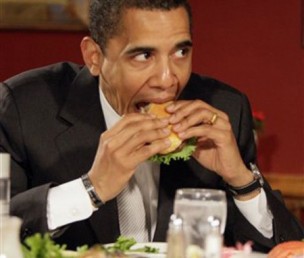 “Tell us anything about your relationship with food.”

This was the open-ended prompt we gave to Argus food editors and staff writers this past week. The results we got were thoughtful, sometimes poetic accounts of different facets of food life at Wesleyan.

An Ode to Brunch

“On my way!” “loud or quiet?” “be there in 15!” There is nothing quite so cheering as the explosion of brunch texts that greets me each weekend morning, promising good food and even better company within a five-minute walk. Usdan brunch is especially charming, a ritual that has evolved over my time at Wesleyan and reflects the tenor of my college experience at any given moment.

In the fall, when everything was new and every weekend an excuse to indulge, I sprinkled chocolate chips into batter to make crispy, chocolaty custom waffles that were inevitably the envy of my dining companions. Accompanying my waffle would be a side of scrambled eggs and a vegan chocolate muffin (the recipe for which Bon Appétit seems to have progressively mangled since the start of the year).

Then came my more adventurous period, when the waffle station felt overly familiar and the scrambled eggs too obviously powdered to be worth consuming. I experimented with different combinations of sugar and starch—chocolate-chip oatmeal, crumbly coffee cake, bagels with chocolate soy spread or honey butter—but eventually realized I wanted something healthy as well, much as I needed a quiet night or two to balance out my partying.

Now my constant is a bowl of frozen peaches and blueberries from the waffle station, paired with a mix of bubbly water and orange juice, and I don’t spend much time wondering what the rest of my meal will be. After all, as long as I get to see the same bleary-eyed faces of my friends and stretch out against the plastic-backed chairs of the Usdan quiet side, I don’t have to be too bothered with the quality of the food. Brunch to me means friendship, and I couldn’t be more delighted to have had so many Saturdays and Sundays eating with the people I love.

When we started our blog, WesStuffed, our intention was fairly clear: to educate Wesleyan students about the wonderful dining options both on and off campus. As we continued working on the blog, however, we came to a realization. It started when we began interviewing restaurant owners. As Wesleyan students, we are inspired by passion and perseverance, and these men and women, who put their entire hearts and souls into the success and excellence of their eateries, epitomized these traits. Many of them had grown up, or currently live, in Middletown. Their restaurants were their ways of “giving back” to their community, and in doing so, they often fulfilled their own lifelong dreams.

Some people say that good restaurants are all that Middletown has to offer. Although I personally beg to differ, I can understand where people get this notion. The Middletown Business District alone is home to 35 eateries, and this does not include restaurants within the historic North End neighborhood or off Main Street. As the American palate expands, and good food takes a more central role in our culture and value system, it would make sense that Middletown, which holds one of the longest Main Streets in the region, would become host to a multitude of restaurants. In many ways, these businesses shape the flavor of the town.

Restaurants like O’Rourke’s Diner attract customers not only from other Connecticut regions, but also from other states. Recently, NoRA Cupcake Company, Krust Pizza, and Eli Cannon’s Tap Bar started a weekly “First Thursdays” event where they bring in vendors, artisans, and musicians from all over Connecticut, encouraging guests to share food, discover new artists and bands, and enjoy Middletown in a unique way. In interviewing these entrepreneurs, we realized that despite the delicious food and fascinating people that Middletown has to offer, Wesleyan students rarely frequent Middletown eateries, excluding a few places. Often, restaurant owners have asked us what they can do to get Wesleyan students through their doors. When adding new vegan and vegetarian items to their menus and instituting student discounts doesn’t work, they often look to us, a blog that is geared towards the student body, as a way to spread the word about their food.

When we write about Middletown eateries, we like to think that we’re doing more than just promoting restaurants. We think of food as an integral part of society, and one of the main connecting elements between people. Especially over the past few years, there have been several initiatives to close the gap between the Wesleyan community and Middletown at large. We hope to achieve similar goals through WesStuffed. Last year, we began publishing some of our articles on the Middletown Patch, a publication that reaches the Middletown community. It is our hope that with the right awareness, more Wesleyan students will make the trek to Main Street to try Middletown restaurants. Perhaps if they like them enough they’ll come back, get to know the owners a little bit, and begin to feel the connection to the community that we have already developed.

We think that besides being sustenance, food is a bridge. Throughout history it has connected people to each other. Rather than maintaining the Wesleyan bubble, we want to integrate ourselves into the local community where we spend four years of our lives, and we think that a great slice of pizza, a steaming bowl of Vietnamese pho, or a heaping pile of pancakes could be the first step.

The Culture of Food

As a lover of travel with an insatiable appetite, I’ve learned that it’s impossible to separate food and culture. After all, every dish has to have originated somewhere.

Having suffered from a mild case of food neophobia as a child, I’ve been making up for lost time by sampling any exotic delicacies that I can get my hands on. Pâté, octopus, and even fried caterpillar have all somehow wormed their way into my diet since the day my bout of picky eating ended (unfortunately, my shellfish allergy has prevented me from developing a thorough knowledge of this particular category of food). Not only have I gained a greater appreciation for quality dining, but I’ve also been exposed to a variety of customs and cultures as a result.

Though my journeys abroad have been fairly limited, my proximity to New York City allows me to experience the flavors of the world without having to hop on a plane. Each block brings new travels into taste: savory ramen, cheesy pizza, sweet macaroons, and housemade ice cream are just a handful of my preferred culinary delights.

Food starts conversation and spreads cultural awareness, all while nourishing the mind and the heart. Food is a universal necessity, and it’s safe to say that even the pickiest of eaters have a story behind their favorite dish.

I consider myself a relatively well-rounded eater, but there are so many things I have yet to taste that it would be foolish to label myself a culinary connoisseur. Until I can classify myself as the epicure I often dream of becoming, my cross-cultural eating adventures will continue with full force.

But hold the shrimp, please.

The Poeticism of Food

The Poeticism of Food

There was a young girl who liked tea

And pickles and onions and brie.

When she wanted a fix

All these toppings she’d mix

And disgusted, her friends would all flee.

A Collection Describing the Wesleyan Population

There once was a girl in a hurry

But abstaining from meals made her worry.

She went looking for food

That didn’t have to be chewed

And spent the rest of her days eating curry.

There once was a guy who liked beans,

But of a good kitchen he could only dream.

He went looking for food

That didn’t have to be stewed

And spent the rest of his days eating cream.

There once was a girl who liked beer

But it was illegal, she feared.

She went looking for food

That didn’t have to be brewed

And from then on was a bit weird.