Take Back the Night Institutes Changes 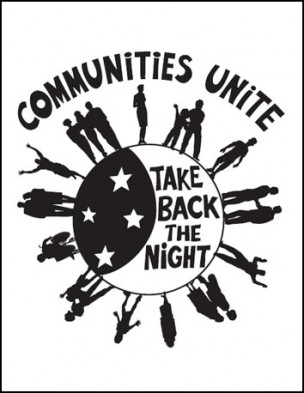 This year’s Take Back the Night took place on Thursday, April 24 and introduced a number of changes; the event was facilitated by co-presidents of Students for Consent and Communication (SFCC) Nina Gurak ’16 and Caillin Puente ’15.

In addition to discussion circles, during which students were invited to share personal stories of sexual assault, this year’s event included two new mediums through which students could convey their experiences. The event kicked off with a series of performance and artistic pieces and also offered a new, anonymous submission option for students who did not feel comfortable getting up and telling their stories.

Gurak explained the reasoning behind the changes in the program.

“When we thought of the idea, we [considered] the fact that it can be really difficult for people to get up and share their stories, and we want to honor [not speaking] as a choice that people make,” Gurak said. “[Before this,] we were missing out on a substantial part of the population that wanted to share their stories who maybe weren’t comfortable in a large group setting. By having anonymous submissions, we’re allowing people to share at their comfort level.”

Sexual Assault Response Team (SART) intern Rachel Verner ’15 commented on the importance of the event on campus and the utility of an anonymous submission option.

“Take Back The Night offers survivors an opportunity to talk about their experiences without fear of judgment or victim blaming, providing another avenue by which to heal,” Verner wrote in an email to The Argus. “SFCC has gone above and beyond to create a safe space for all, creating an anonymous submissions form for those who want to be heard but not identified, and encouraging students to speak out in support of survivors through song, poetry, and even a photo project.”

This year, the leaders of SFCC worked with the Women of Color Collective and members of Rho Epsilon Pi to organize the event. In the past, these groups have not been affiliated with the event.

“More groups are involved than there have ever been before, which I think might seem overwhelming, but I hope will actually be a really good thing,” Puente said. “This is a side that people who are just getting involved haven’t heard before, so [having this many] groups involved is important to spread awareness.”

Gurak expanded on the importance of having as many groups involved in the event as possible.

“We’re always looking to partner with more groups in the future,” Gurak said. “If this event really speaks to them, and they’re interested in getting involved, or they feel like their voices aren’t being heard, we would love to see more people get involved. We’re always looking to incorporate more voices into the dialogue.”

President Michael Roth described his moral dilemma when deciding whether or not to attend the event.

“I wouldn’t want my presence or other administrators’ presence to make it harder,” Roth said. “…I don’t want to be an impediment [to students telling their stories], but I do want to show my support and solidarity with the students who are there.”

Ultimately, Roth decided not to attend.

“The recent outburst of activism and the desire to be educated on the issue is really moving, but I think that there should be a dialogue about whether the conversation is more helpful or harmful,” Gurak said. “In terms of what this event is, it’s been happening at Wesleyan for over seven years, and it’s about supporting survivors and allowing people to communicate their stories. Some people who share have never told anyone their stories before this, and I think [their ability to do that] is even more important in this political climate [on campus].”

Roth expressed his hope that the event will attract more attention due to recent campus conversations about sexual assault.

“Take Back the Night [gives survivors the opportunity] to show solidarity with one another and support one another” Roth said. “…I think this year it’s likely to have more of an impact because more people are aware of the issue and have had more discussions. Take Back the Night is the time when people can express their solidarity with survivors and their insistence that we make our community a safer, more equitable place.”

SFCC is hoping to extend the night’s emphasis on survivor support throughout the rest of the semester. Puente described the steps SFCC plans on taking in the coming weeks.

“We’re…going to try to give people an outlet after the event is done,” Puente said. “If they want to try to help someone they know, one of their friends, or themselves, we’re going to try to make room for people to get support after [the event] also. We’re making a new group to support survivors specifically that hasn’t existed on campus before this.”