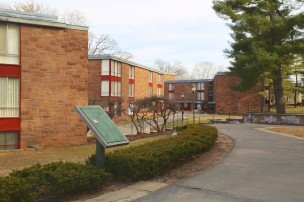 Beginning in Fall 2014, the University will see several changes to housing on campus; modifications will affect some program houses, as well as the organization of the Butterfield dorms. These changes were approved by the Office of Residential Life (ResLife) and promoted by the Student Affairs Committee (SAC).

“Lighthouse and Art House weren’t as compatible as we thought they could be, and we have a good space for Lighthouse, so that made sense,” Nangle said.

The relocation was also an attempt to move each community into a space better suited to its size, as the smaller space on Cross Street is more appropriate for the size of the 2014-2015 Lighthouse community. Nangle stated that the University expects both Lighthouse and Music House to have the correct number of members for their new spaces.

“As of right now, Lighthouse is full for next year. Music House and Art House aren’t yet, but they will be soon,” Nangle said. “I’m not worried that they’re not going to fill up.”

In addition to the relocation of existing program houses, a new program house will be formed in 202 Washington St., the space previously occupied by Writing House. The new community, Recess House, is designed for students who anticipate staying on campus during the winter break, but it is open to all students.

Director of ResLife Fran Koerting commented on the procedure for housing over past winter breaks. She believes Recess House will alleviate the stress on students who wish to be on campus for all or part of the break.

“Unless we [had] enough students coming back…we [didn’t] open up their residences,” Koerting said. “So they either [had] to stay with a friend or they [couldn’t] come back early.”

The current Writing House and Writing Floor in Clark Hall will be combined into a single community known as Writer’s Block, housed in 156 High Street. Writer’s Block will include both upperclassmen and first-year students.

Nangle stated that all of the program housing changes appear to have been well received by the student body.

“Writer’s Block has [gotten] a ton of applications,” he says, “I’m pretty happy with those moves.”

ResLife is also rearranging rooming in the Butterfield Colleges to include a stronger division of residents by class year. Currently, the first floors of the three Butterfield dormitories contain only freshmen, while the other floors house multiple class years. Next year, the floors that are not designated as community-based living (including Green Hall, the Substance-Free Floor, and the Quiet Floor) will contain either all freshmen or all sophomores.

Koerting believes that grouping residents of the same class year together will create more cohesive communities.

“RAs [Resident Advisors] can tailor their programming a little bit better,” Koerting said. “Programming that you might do for a first-year student might be different from programming you would do for a sophomore student.”

Koerting also stated that the new structure will provide sophomores with the increased ability to build their own residential communities, including the possibility of additional Copenhagens and six-person clusters.

“[The changes] gave us the opportunity to add more of these options, which [are] very popular, which we couldn’t do before because we had freshmen dispersed throughout that whole floor,” Koerting said.

RAs in the Butterfields have expressed mixed opinions about separating freshmen and sophomores. Amber Smith ’14, an RA in Butterfield A, expressed that communities with multiple class years provide a resource for first-year students.

“I feel like in my hall, that’s what fostered our community,” Smith said. “It promotes diversity, and if you need advice you could go to your neighbor who is a sophomore who has been here. It could be a disadvantage for those [RAs] who have to program for the sophomores, but on the other hand, programming for freshmen will be so much fun because they’ll be really into it.”

Members of ResLife have acknowledged these potential difficulties.

“There are lots of benefits to a mixed floor, with the sophomores being able to kind of acclimate freshmen and help them make that transition, but I could also appreciate the benefits to being with your own class,” Koerting said. “[The program] is a pilot for next year to see how it goes.”